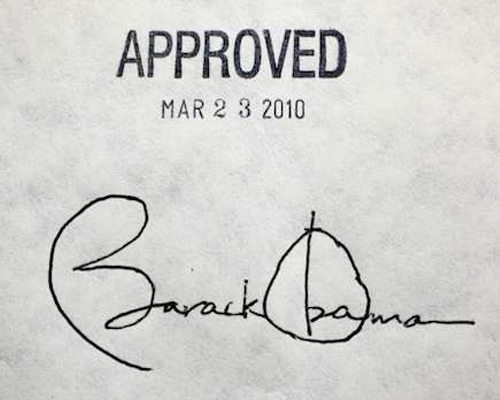 In less than 18 months, the field of candidates vying to win the 2016 presidential election has narrowed from over two dozen contenders to two major opponents. Now, with fewer than two months before Election Day on November 8th (remember to vote!), we’re exploring the Republican and Democratic candidates’ positions on healthcare policy.

The Presidential Policy Series, we will share where the Democratic and Republican nominees, Hillary Clinton and Donald Trump, respectively, stand on healthcare policy. In this post, we will be discussing the most divisive healthcare issue, the Patient Protection and Affordable Care Act, commonly referred to as the Affordable Care Act (ACA).

The ACA, colloquially known as Obamacare, has been hotly debated for over six years. Advocates and opponents of the law often fall along party line. The law, which represents the largest regulatory change to the industry since Medicare and Medicaid were introduced in 1965, was designed to bring quality and affordable health care to everyone by transforming delivery to focus on value and expanding insurance coverage.

From a party standpoint, the Republican Party platform views the plan as a “Euro-style bureaucracy to manage unworkable, budget-busting, conflicting provisions.” Many conservatives believe it has raised insurance premiums, increased deductibles, and inflated drug prices while limiting an individual’s access to care within narrow provider networks. Republicans have long called for the law to be repealed, and Mr. Trump, despite previously expressing support for the individual insurance mandate, has fully endorsed a repeal of Obamacare.

In the Trump healthcare plan, he vows to repeal the ACA during his first day in the Oval Office and work with Congress to implement reforms that follow free market trades. He’s specifically mentioned modifying the existing law that inhibits the sale of health insurance across state lines, implementing health savings accounts and individual deduction for health insurance premium payments, requiring full price transparency, and letting states control Medicaid.

Rather than expanding Medicaid, Trump says he’d like to focus on policy that grows the economy and provides more jobs. As his health plan currently states, “the best social program has always been a job – and taking care of our economy will go a long way towards reducing our dependence on public health programs.”

Secretary Clinton, on the other hand, has vigorously defended the ACA and has expressed a desire to work with Congress to get legislation passed that would expand aspects of the ACA. Like most Democrats, Clinton believes the health law has been an important step toward the goal of universal health care, for which she has been a longtime advocate.

She introduced the unsuccessful Health Security Act in 1993, which was a comprehensive plan to provide universal health care to all Americans. She later helped create and pass the Children’s Health Insurance Program in 1997, which now provides coverage to more than 8.4 million children.

In the Clinton healthcare plan, she vows to continue these efforts to improve healthcare access.  Clinton plans to work with governors to continue the expansion of Medicaid on the state level and enroll more eligible Americans. She wants to further enact policies that will expand access to affordable health care regardless of immigration status.

Clinton has also called for the funding of primary care services at community health centers to double over the next decade and has expressed support for President Obama’s charge to triple funding for the National Health Service Corps, the government program that aims to address physician shortage in areas around the country. To address health costs, Clinton supports authoritative action to block or modify premium increases, capping prescription drug costs, and limiting excessive out-of-pocket costs for families.

Finally, Clinton has stated that she will pursue efforts to make a “public option” of healthcare possible, and expand Medicare by allowing individuals above the age 55 being able to buy into Medicare program.

Eric Conner is a graduate of Johns Hopkins University and co-founder of Healthify. At Healthify, he serves as the Chief Revenue Officer — managing sales and marketing operations. Eric works with healthcare companies to help them use Healthify in an effective manner that allows staff to track Medicaid beneficiaries' social and behavioral health needs and connect them with the appropriate community services for care. Before co-founding Healthify, he did community health work in east Baltimore. View all posts by Eric Conner