byElizabeth Ringler-Jayanthan
in Human Rights, News, Politics
0
ADVERTISEMENT
Share on FacebookShare on TwitterShare on LinkedinShare on PinterestShare via EmailShare on Reddit 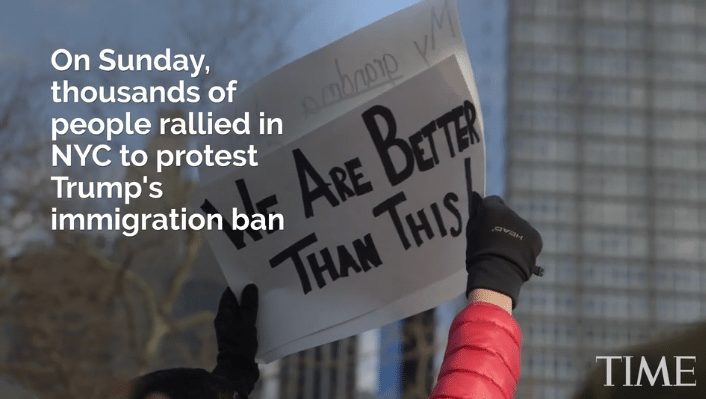 With the recent change in administration, many questions remain in regard to the potential policy changes that may affect refugees being resettled in the United States, and have already started to affect refugees.

Most notable the executive orders that have been recently signed will have an impact on the number of refugees being received, the countries we will accept refugees from, as well as a proposed suspension of any refugee resettlement for 120 days.

This comes largely as a result of the negative rhetoric that came out of the campaign from various candidates, but most notably from the President elect. We have an obligation to educate the public on who refugees really are, to advocate for and defend policies to resettle refugees in the United States, and to support refugees that are arriving or are already here.

Refugees arriving in the United States are a diverse group, including those from Iraq, Syria, the Democratic Republic of Congo, Somalia, Bhutan, and Burma. The commonality among these individuals is that they are all fleeing due to a, “well-founded fear of persecution for reasons of race, religion, nationality, political opinion or membership in a particular social group” as defined by the United Nations.

They represent many different religious backgrounds, languages and cultures. Welcoming refugees is woven in the fabric of our history and culture, with the first refugee legislation enacted in 1948. Over three million refugees have been resettled since 1975 from 70 countries around the world.

The United States has welcomed refugees fleeing Europe as a result of World War II, refugees escaping the former Soviet Union, those who came as a result of the war in Vietnam, Cubans, those from the former Yugoslavia as well as the more recent arrivals previously mentioned.

While refugees are welcomed primarily for humanitarian reasons they also bring benefits to the community they are being resettled in. Firstly, refugees contribute to their local communities economically. They are eager to work, and have been shown to retain their jobs longer than native born individuals. Many refugees have an entrepreneurial spirit and are more likely to start their own businesses.

Aside from that, in some cities that have lost population or that have aging populations, refugees are viewed as not only adding population but also contributing to the economy and enriching the community by sharing their culture. This has been seen in cities like Pittsburgh, Baltimore and Rutland, Vermont who is making a concerted effort to welcome refugees. Refugees should be viewed as resilient for having survived
unimaginable circumstances.

What can social workers or those interested in supporting refugees do to help? Firstly, let your opinions be known to your elected representatives. Policy action is the crucial to maintain the existing resettlement programs. Secondly, support resettlement agencies and refugees in your community. Make your city a ‘welcoming’ community for those who are newly arriving. This may mean training police, schools and social service agencies on who refugees are and being prepared to provide culturally appropriate services. Furthermore, donate to your local resettlement agency.

Many resettlement agencies may be in need of gently used furniture and clothing for newly arriving refugees. Resettlement agencies are also in need of volunteers to help set-up apartments, as well as helping refugees to learn life skills like taking the bus or tutoring them in English. If you are a business owner, hire a refugee. Employment is crucial for newly arriving refugees to integrate into their new communities.

Finally, educate others on who refugees are and why it is important to maintain this program. Refugees are not a traditional population that social work or social workers tend to focus on and this should change. Supporting refugees is an issue of social justice—refugee resettlement saves lives. In no other case is this more apparent than of those fleeing Syria, as the war continues to rage with no end in sight. Yet the United States has been slow to accept these refugees and is now proposing effectively ending resettlement of Syrians. In stark contrast to this are the Canadians who met their goal of resettling 25,000 Syrian refugees last year.

We need to mobilize to defend the integrity of this program and affirm that this is a key social justice issue for social workers to focus their efforts on.