bySWHELPER
in News, Sports
0
ADVERTISEMENT
Share on FacebookShare on TwitterShare on LinkedinShare on PinterestShare via EmailShare on Reddit 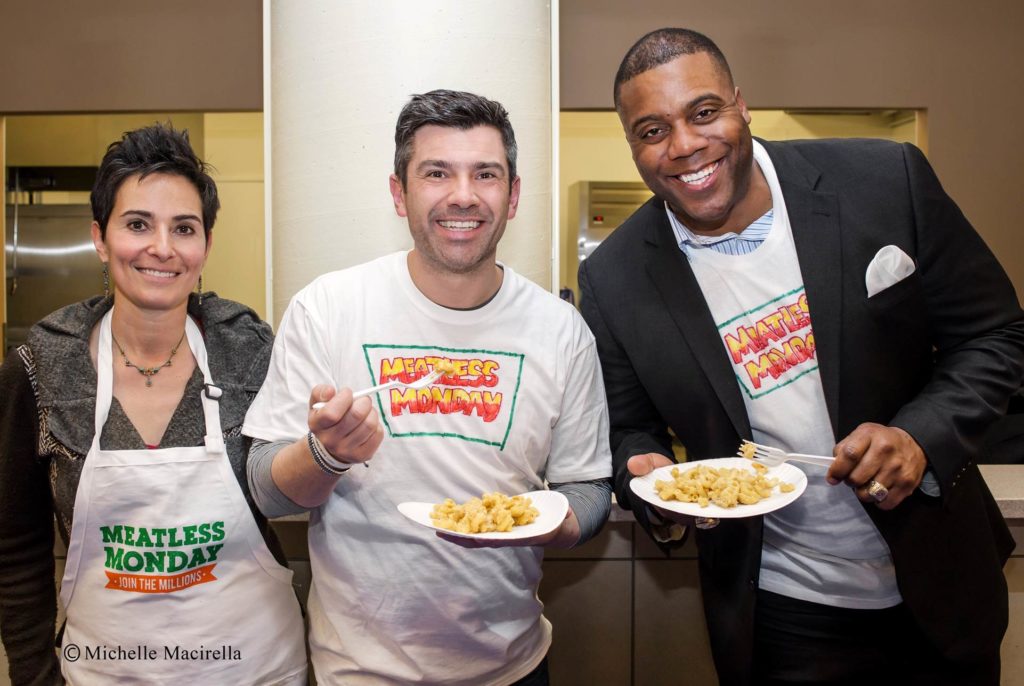 Meatless Monday encourages the public to cut back on meat consumption one day a week to reduce the risk of chronic diseases such as diabetes, heart disease, stroke, and cancer, and lessen the environmental impact of meat production on climate change, water and land use.

The campaign is founded on research that demonstrates Monday is the day we are most primed to start and sustain a healthy new behavior. Since its launch 13 years ago, Meatless Monday has become an international movement in more than 40 countries with support from governments, schools, celebrities, restaurants, and local and global organizations around the world.

Roland wrote this open letter to encourage everyone to be a team player after Super Bowl Sunday by participating in Meatless Monday, a global movement to find innovative ways to make meatless and vegetarian dishes part of our everyday culture, customs and cuisine.

As we draw one day closer to Super Bowl LI, I can’t help but to smile.

This past NFL season has been such a joy to watch. All the unexpected twists and turns. The re-emergence of the Cowboys and Raiders. The high-powered Falcon offense. The grit and determination of the Patriots. I even enjoyed watching the massive disappointments of 2016. As I type this letter, I’m still scratching my head about the Cardinals, Bengals, Broncos and Panthers this season.

But now, we are on to the main event.

The entire NFL season comes down to two teams. As a true fan of football, it doesn’t even matter that I have no vested interest in either team winning this year. Yep, it doesn’t get any better than this. I can’t wait to enjoy the entire day from the pregame to post-game confetti.

But this year, when the game is over and I’ve seen my fair share of post-game coverage, I am asking that you join me in two of the biggest games of them all; your health and our environment.

On Monday after the big game, be a team player by participating in Meatless Monday, a global movement to find innovative ways to make meatless and vegetarian dishes part of our everyday culture, customs and cuisine. For those unaware, it has been scientifically proven that skipping meat at least one day a week is beneficial for our health and the environment.

This past year, I’ve been doing it weekly with my three young sons and they love it! Then a few months ago, I went crazy. I joined forces with Celebrity Chef Danny Boome and local artist Michelle Cardulla and incorporated Meatless Monday into my favorite charity, http://www.ChampionAcademyRoc.org.

I’m telling you, this is a movement that deserves your attention. If you still need a few reasons why you should add this into your life, take a look at . You can thank me later.

Meatless Monday is a nonprofit public health initiative founded by Sid Lerner, chairman of The Monday Campaigns. The initiative is in association with the Lerner Centers for Public Health Promotion at Johns Hopkins, Columbia and Syracuse universities.