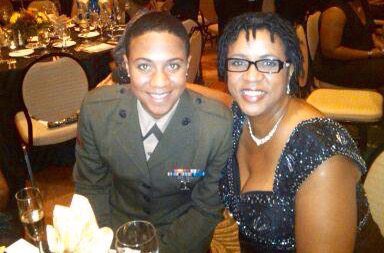 Danielle King’s deep concern for the well-being of others was nurtured back in elementary school as she cared for a blind and deaf classmate and was more clearly defined later when she came out as gay in middle school.

“It wasn’t cool to be gay,” she says. “My peers called me names and made me feel uncomfortable. I didn’t understand why someone would want to hurt me.”

The challenges she faced in her youth made King stronger and motivated her to become an advocate for others.

She volunteers as assistant chair of community outreach for Disability Allies, an East Brunswick nonprofit that pairs young adults with disabilities with mentors. King’s advocacy for challenged individuals traces back to an elementary school program that paired handicapped students with non-disabled classmates during lunch.

It became a life-changing moment when she discovered that the girl next door was both blind and deaf and could use a friend. “I started taking her to the park after school and realized that disabled people needed involvement and interaction,” she says. She sought opportunities to work with the disabled community, such as teaching children with disabilities to swim.

At 18, she enlisted in the U.S. Marine Corps for three years, including a one-year deployment to Afghanistan as an intelligence analyst. “Serving as a Marine made me more confident,” she says. “I realized I could overcome any obstacle.”

When she entered the military, she formed a group of LGBTQ women and men near her base in North Carolina. “This was during the time of ‘Don’t ask, don’t tell,’ which really put me in the closet,” she says. “I found many people had similar stories about coming out to their families at a young age. That’s when it hit me that we needed a voice.”

Her service completed, she enrolled in Middlesex Community College, where she learned about careers in public health. “I started taking classes and thought, ‘Oh, this is exactly what I want to do: Get into the grassroots of the issues that plague our community,” she recalls.

In 2014, she transferred to Rutgers to finish her degree in public health and became a health activist. Volunteering with the Health Outreach, Promotion and Education (H.O.P.E.) peer education program, she taught fellow students about substance abuse and encouraged them to pledge to be designated drivers. She continues her work in improving community health by working as a HIV counselor and tester at Hyacinth AIDS Foundation.

A 2016 internship at the Monmouth County Regional Health Commission assisting the registered environmental health specialist solidified King’s interest in another form of helping others – environmental advocacy. She thrived on helping to inspect landfills and ensuring residences were up to code. “I was hooked,” she says. “I realized the importance of regulation in taking care of the earth and personal health.”

She accompanied her supervisor to the New Jersey State House and testified on behalf of a proposed bill to raise the legal smoking age to 21. “I had worked with the health specialist on progressing the bill,” she says. “One of the legislators in opposition kept asserting that young people in the military should be able to smoke if they wanted to, so I offered to testify as a veteran who supported the bill. Even though it was vetoed, I still feel passionately that the smoking age should be raised.”

Her sights are now set on joining the CDC in Atlanta, where she hopes to establish a nonprofit joint venture with her wife, Jahari Shears, fulfilling a dream to support the LGBTQA community. Shears shares King’s excitement for improving communities; she will graduate with her bachelor’s of science degree in public health from Rutgers in May.

“We want to be the adults teenagers can look up to if they don’t have that support at home. We want to provide a place for them to go and assist them with enrolling in college or finding employment,” she says. “I want to share with them what I learned as a Marine: When you feel like you’re hitting a block, say ‘I’ve got this.’ It’ll give them the energy to keep pushing.”