Into the Woods: On the Path to Recovery 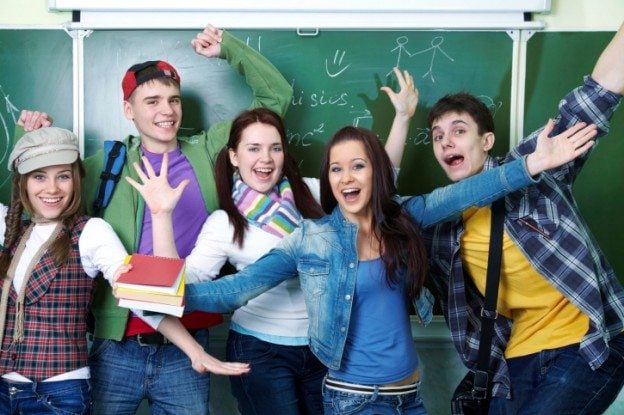 Addiction is devastating at any age, but for parents with a teenager substance abusers, it can all but tear the family apart. Adolescence is a period prone to experimentation, but unfortunately, the desire to try new things can lead teens down a dark path that stops being fun and becomes life-threatening.

Studies demonstrate that many teenagers hold a blase attitude regarding drug use; dosomething.org — a global youth outreach program — reports that 50 percent of American high schoolers in 2013 did not find it harmful to try crack/cocaine once or twice; 40 percent reported that they believe trying heroin is not a bad or dangerous thing. In the same study, it was found that a total of 6.5 percent of American high schoolers smoke pot daily and that 54 percent of them do not see a problem with regular steroid use.

Teenagers who are using drugs actively usually exhibit telltale symptoms. Some of the most common include a change in friends, a careless attitude toward work and school, lower grades, changed eating and sleeping habits and strained relationships with people they were once close to.

Teenagers who struggle with drug addiction may be scared to admit their problem due to the consequences they’ll receive from their parents, but getting help as soon as possible is critical. Teens who do not seek help with their drug addiction during adolescence face psychological and developmental damage that will only hinder them the older they become. They are also more likely to engage in criminal activity that could further disrupt their life and tarnish their future; a 2012 TEDS report by the Center for Behavioral Health Statistics and Quality revealed that the primary reason for drug treatment referral was the criminal justice system; 51.2 percent of older adolescent (15–17 years old) rehab patients were admitted under court orders.

An Alternative to Rehab

While a teen substance abuser can seek help from a psychologist or traditional drug rehab, there are other options that have proven themselves to be incredibly effective in more ways than one. Wilderness therapy for drug addiction is one such option.

Wilderness rehab presents addicted teens with a new, challenging environment over a 6 to 9-week recovery program. There are many advantages to teen wilderness drug therapy that can elicit profound and life-changing results.

Although the wilderness rehab programs for drug-addicted teens are incredibly regimented, the fact teenagers take such an active role in their treatment and survival outdoors leaves them with a sense of control and empowerment.

For teenagers who have problems with authority and struggle to thrive in a structured environment, wilderness camps are difficult. However, the structure that is provided throughout the duration of the course demonstrates to teens that they are capable of succeeding under a set of rules and that they don’t need drugs to tame their insecurities or fears.

There are a lot of skills that a teenager picks up in wilderness rehab that they will continue to employ throughout their recovery and well into adulthood. Anger management, healthy emotional coping mechanisms, goal-setting, perseverance, conflict resolution, and enhanced communication skills are just several of the aspects teens explore and develop during treatment.

If you suspect your teenager is addicted to drugs or you are a teen struggling with drug abuse, don’t avoid seeking outside help. Because of all the doubt and fear involved in sending a teen off to rehab, it’s not uncommon for people to try and figure things out at home instead of seeking professional treatment.

Consider wilderness rehab programs and other types of drug therapy now. Doing so in the midst of addiction can help stop it from spiraling even further out of control and put teens back on the path toward a productive, healthy life.

Wading into Action at the Intersections, The Case for Bresha Meadows

Elliot Caleira is a freelance writer in the self-mastery in health and wellness spaces. When he's not writing you'll find him cooking or teaching Portuguese classes.

Wading into Action at the Intersections, The Case for Bresha Meadows