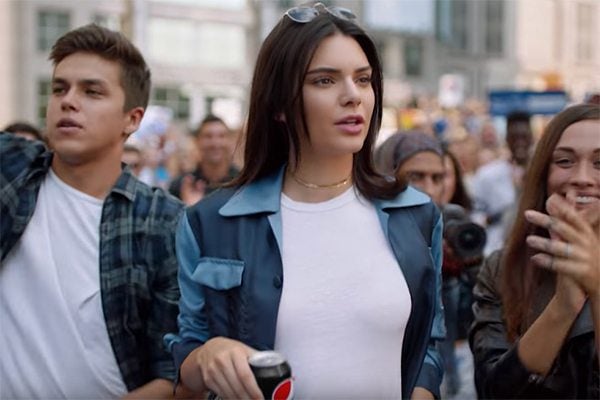 I’ve always found celebrity culture fascinating. The idea that certain people in the world become so wealthy, well-known and influential just because they portray a character in a TV show, or movie, or play music or a sport well seems so bizarre to me.

Of course, these days people don’t even need to be talented in the traditional sense to become famous. In the last few years we’ve seen the rise of the reality TV star – from the wealthy socialites to the ordinary, everyday Kiwis on cooking shows and dating allegedly eligible bachelors – it seems anyone can find their fifteen minutes of fame.

There has been plenty of discussions both online and off about the negative influence of celebrity culture. At times it almost feels like there is an unhealthy obsession with celebrity and fame. Certainly social media, particularly image-focused sites like Instagram, play a central role in the glorification of super-skinny, hyper-sexualised celebrities with impossible body proportions. This undoubtedly has had an influence on the rise of depression, anxiety and eating disorders – particularly amongst young people.

Although it is true, celebrities can also play a powerful role in social change. A great example of this is the support of celebrities in increasing awareness in the area of mental health in New Zealand and internationally too. Almost everyone is aware now of John Kirwin “coming out” about his depression, as well as the Like Minds Like Mine campaign.

Mike King, Denise L’Estrange Corbett, Ian Mune, Polly Gillespie and our very own Philip Patston have all spoken publicly about their experience of common mental health issues like anxiety, depression and addiction – and there are of course many, many more. While I think we still have a long way to go, celebrities have truly led the charge in increasing the awareness and conversation around mental health in New Zealand.

I’m not even a person who engages with a lot of traditional media. I deliberately don’t read or watch much news, as it’s usually relatively depressing stuff.  My work involves a certain degree of emotional input, so I try to cultivate a more positive and restorative environment in my personal time.  I don’t even watch a lot of television in general for the same reason. Sometimes I feel like I’m the only person in New Zealand that hasn’t seen Game of Thrones.

But, I must admit that I do find the rise of non-traditional media interesting. It seems like anyone with a laptop, a camera and a social media account can cultivate a massive following which could garner a considerable amount of social influence.

However, I believe celebrity culture like social media is neither a good nor a bad thing inherently. Celebrities can play a role in shaping and creating our social values, but I often think they are more of a symptom than the root of the problem itself.  Those who promote certain body types and lifestyles only do so because it gets them more fans and fame.  We have a choice in creating a demand for the type of media we want to consume.

Celebrities who choose to promote a certain social cause may lead the way in creating new conversations. Perhaps it’s less about the celebrity voice and more about tapping into an existing desire for these new discourses – I’m not sure.

So what do you think?  Is celebrity culture a good thing, a bad thing, or somewhere in between?

Barbara has a Masters in Health Science and is a registered Counselling Psychologist with the New Zealand Psychologists Board. She is also a full member of the New Zealand Psychological Society and the Institute of Counselling Psychology. She currently works as therapist within a specialist public health service, supporting clients with both mental health and substance use concerns. She is also the part time content manager for DPSN, where she blogs regularly about issues of diversity across all areas of society, but particularly in relation to mental health and addictions View all posts by Barbara Pike