Researchers: The Land of Those Far Removed or Agents Of Change?

byVeronique Moseley
in Education, Mental Health, Sports
0
ADVERTISEMENT
Share on FacebookShare on TwitterShare on LinkedinShare on PinterestShare via EmailShare on Reddit 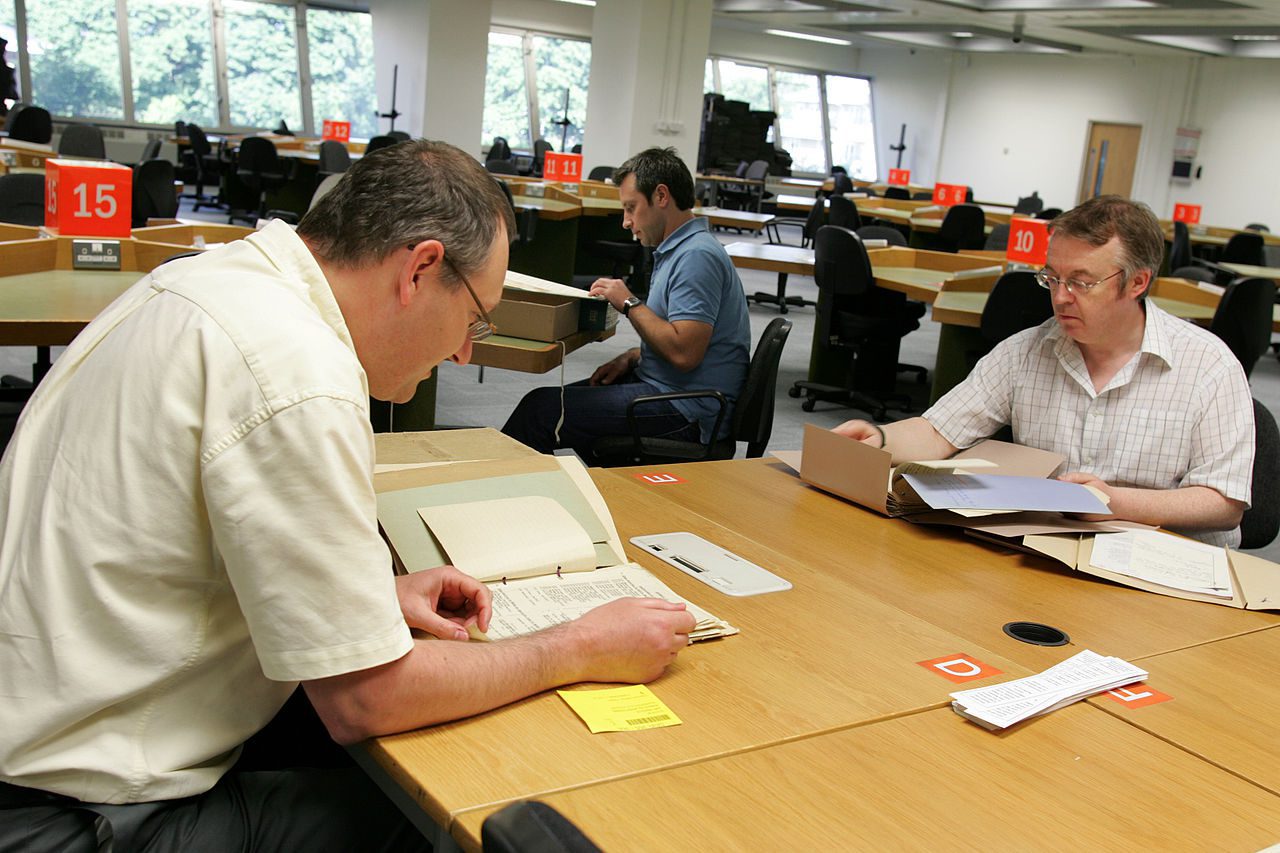 After 25 years of experience as a grassroots social worker in community development and mental health, I admit the world of academia seemed a million miles away. My idea of researchers were quiet folk with little idea of reality beyond the protected walls of their offices and the myriad of textbooks on their bookshelves. Often, I avoided conference presentations by researchers as they tended to lull me into some sort of a semi-sleep state that made it difficult to keep up the “interested” façade.

Reading their articles in academic journals usually meant skimming through pages of previous study references, methodology implications and strange graphs with abbreviations I couldn’t understand – when all I wanted to know was how their research related to grassroots work and what their findings and recommendations were.

There was also this kind of snobbery, where academics were considered to think of themselves as more “worthy”, “all knowing” or “the experts” in the helping profession fields – more so than those working on the front line. In fairness, this culture may well have developed out of the fact that in most of our helping profession courses, the academics are the teachers – and therefore more “knowing” than the rest of us. This perception is maintained by use of academic jargon, particularly at conferences which invite a mix of grassroots workers and academics. There’s an “us and them” divide.

So, there you have it, my previous perception of what I used to cynically call “academia land”- the land of those far removed from reality, speaking their own language and credibility reliant on the number of published journals. Then there was me: on the ground, plain speak and published only in publications which don’t fit academic guidelines.

At this point, many of my colleagues will be heard saying “at last, someone is writing what I’ve been thinking and saying behind closed doors for years: ”what makes these researchers think they know more than we who are working with these individuals/groups/communities on a daily basis?”

Wait for it…today, I bow my head in shame at having believed these stereotypes for so many years. Instead, I stand and salute researchers for their passion, determination, tenacity and endless patience. I was wrong. And if you believe, like I once did, that researchers are snobby academia nerds, please read on.

My first hint that academics might actually do more than read and write was meeting Dr Jonathon Hutchinson. Jonathon was involved in a project called ABC Pool, a semi-experimental online site which was driven by user generated content and encouraged users to “mash” their creative works. I was one of the users. Art, photography, sound production, poetry and video were just some of the mediums used. The site was closed down in 2012, but interestingly many of the core participants remain connected, albeit informally, to this day. The ongoing connection is partly due to Jonathon’s ability to negotiate effectively between users and management. He translated corporate and academic language and rationale into “plain speak”.

More recently, my partner and I connected with a team of researchers at the Black Dog Institute in NSW Australia. We had been running a preventative mental health program for emergency services, and it needed to be evaluated. Thanks to a Kickstarter grant from Black Dog Institute and the support of Department of Fire and Emergency Services in Western Australia, a pilot evaluation was made possible.

Getting ready to meet the research team at the Black Dog Institute in NSW Australia, we didn’t really know what to expect. My partner, as a firefighter with Post Traumatic Stress Disorder (PTSD) utilising his lived experience as part of the program wasn’t used to dealing with academia world. So together we imagined beige suits and skirts.  And the beige conversation to match. How would these very serious statistics oriented people gain a true perspective of our target audience? First responders are people with diverse personalities who are no nonsense, down to earth and renowned for their cynicism of anyone known as an academic.

All we could do was hope that someone in there would at least have a sense of humour. And pray we would not have to endure one of those conference type sessions with loads of inexplicable numbers and facts. Dozing off would not be an option for this much smaller meeting space.

If you can imagine a movie you’ve been watching in silent black and white slowly changing to colour with the addition of a soundtrack, you’re experiencing the contrast between what we thought we’d encounter, to the reality. Sounds dramatic, but let’s face it, changes in belief systems can often feel that way.

First and foremost, the whole group was passionately interested. There was a palpable energy in the room. Notably, not one textbook was seen! The only beige was the table, there were no suits and any preconceived notions of snobbery were instantly dispelled by smiles, friendly handshakes and genuine enquiries about our work to date. Later in the meeting, they each explained some of the research projects they had worked on.

Dr Simon Rosenbaum, an exercise physiologist who had conducted a world first study into exercise and PTSD. To do this, he spent months with veterans diagnosed with chronic PTSD in a rehabilitation setting, having countless conversations with them as they exercised. The conversations are research oriented as opposed to therapeutic but engagement and maintaining rapport are part of the job. This is no textbook or office based work. This is on the ground, face to face work that has taken Dr Rosenbaum to countries around the world where he inspires other cultures to consider the benefits of exercise on mental health.

Professor Katherine Boydell is a world renowned qualitative researcher who uses the creative arts as a research method and an innovative way to display the results of studies.  A fascinating area of research which has led to interactive events such as a body mapping exhibition at the National Institute of Dramatic Arts. No jargon here, it’s all about disseminating information in creative ways which the general public can understand and have the opportunity to engage with.

Associate Professor Phil Ward, clinical neuroscientist and lecturer. Forget the suits, Phil has that peaceful energy reminiscent of the hippy era which belies his scientific genius and academic repertoire. His studies have taken him around the world where he is never content with mere observation, choosing instead to fully experience the culture within which the studies take place. Cooking porridge for children in Uganda is just one example of many which contradicts stereotypical beliefs about researchers.

Dr Andrea Fogarty has been involved in studying men’s mental health for years, a challenge for any woman, but moreso one labelled an “academic”. Venturing into some of the more male dominated realms such as sports and frontline emergency services, Andrea’s ability to engender trust and facilitate open conversations about mental health as the only female in a group of men is second to none. There’s no academic snobbery here, just down to earth, genuine care and a burning desire to find out what will improve the mental health of men.

These are just some of the people we as “on the ground” practitioners all too often casually dismiss as academics who sit in their silo offices reading textbooks.  The responsibility these researchers have is enormous. We in the helping professions rely on them for vital objective evidence that strategies we use for our clients are safe and effective. The work they do is tedious, time consuming and often frustrating. Patience and precision are consistently required.

As a helping professional, you may have times when improved outcomes for your client are either unseen or frustratingly slow. In a world of repeated trials, peer reviewed journal articles and the enormous time lag between research and translation into action, spare a thought for those who are genuinely and actively working towards positive changes and solutions from a macro perspective. It is their work which will bring your clients’ needs to the attention of those in influence. They are as much advocates for change as you, the practitioner – they just do it from a different perspective.

So please – join me in discarding the old judgement of researchers being from the land of the far removed and embrace a generation of energetic, innovative researchers who genuinely connect with the real world.

Veronique Moseley is a Social Work Helper Contributor. In Australia, she has spent the last 20 years working in the areas of community development, stress management, adult education and facilitating creative partnerships. With a Bachelor of Social Work (UNSW) and experience in photojournalism and marketing, Veronique is passionate about highlighting the value of creativity, innovation and promotional skills in all areas of social work practice. She is co-founder of Behind The Seen, a preventative program for Australian emergency services personnel to help them and their families deal with the unique stresses they face.

Connection and Communication Through the Fine Art of Storytelling