bySWHELPER
in Education, News
0
ADVERTISEMENT
Share on FacebookShare on TwitterShare on LinkedinShare on PinterestShare via EmailShare on Reddit 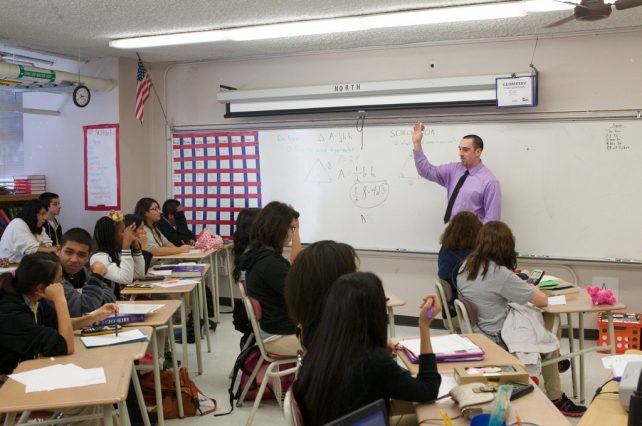 English and math teachers underestimate the academic abilities of students of color, which in turn has an impact on students’ grades and academic expectations, finds a new study by NYU’s Steinhardt School of Culture, Education, and Human Development.

The study, published online in the journal Social Science Research, builds on existing evidence of how teacher biases in the classroom affect students and adds a new layer of information about students of different ethnic and racial backgrounds.

“When teachers underestimate their students’ academic abilities by perceiving that their class is too difficult for students, it matters – but it matters differently for different groups of students,” said Hua-Yu Sebastian Cherng, assistant professor of international education at NYU Steinhardt and author of the study.

Teachers’ belief in their students’ academic capabilities has long been understood to be a vital ingredient for student success and has been linked to students’ own beliefs in how far they will progress in school, their attitudes toward school, and their academic achievement.

“The process begins with a teacher who expects a student to succeed academically – this belief can shape a teacher’s behavior, such as what assignments are given, body language, and the time a teacher spends with a student. Students respond to these high expectations by internalizing them, which may boost their own academic expectations and performance,” said Cherng.

These teacher perceptions may be especially important for students of color, as a small body of research shows that when teachers have confidence in the academic abilities of students of color, they reap even greater benefits than do their White peers.

Using the Education Longitudinal Study of 2002, Cherng analyzed educational, demographic, and survey data from approximately 10,000 high school sophomores and their teachers. He first examined whether teachers have similar perceptions of the academic abilities of students belonging to different racial and ethnic groups after considering factors such as standardized test scores and homework completion.

Cherng then investigated whether teachers underestimating their students’ abilities – the beliefs that students are struggling in class when student test scores are average or higher – is associated with students’ own expectations and GPA. Student expectations were measured by how far high school seniors expected they would go in school – for instance, whether they would graduate from college or earn a graduate degree.

Consistent with stereotypes of race and academic abilities, both math and English teachers were more likely to perceive their class as too difficult for students of color compared to White students, even after controlling for standardized test scores, homework completion, and a host of other factors.

The greatest gap was found for Black students: more than twice the percentage of math (18 percent) and English (13 percent) teachers reported that their class is too difficult, compared to White students (8 percent of math teachers; 6 percent of English teachers). Gaps between Latino and White students were also sizeable (a 6 percent difference). A 4-percent gap between White and Asian American students on English teacher reports aligns with the “Model Minority” stereotype that Asian Americans excel in math but not English.

Teachers underestimating their students’ abilities had an impact on both students’ academic expectations as well as their GPAs.

“Based on my analysis, teachers underestimating their students’ abilities actually causes students to have lower academic expectations of themselves, meaning that they expected they would complete less school. This was particularly harmful among Black students,” Cherng said.

Cherng found a different story when looking at GPAs: while teacher underestimations were linked with lower GPAs, the relationship was weaker for Black students.

“It is possible that Black students anticipate that their teachers think less of them and work harder in class to prove them wrong, hence the less negative effect on their GPAs. Challenging teacher underestimations may be unique to Black students, who have a long history of resisting discrimination within schools,” Cherng said. “Regardless, teacher underestimations are harmful to Black youth.”

Cherng concluded that addressing these biases through better teacher preparation programs or professional development may help eliminate achievement differences and bolster the success of all students.

Obama’s Contributions to Social Change Will Leave a Lasting Legacy

Obama's Contributions to Social Change Will Leave a Lasting Legacy