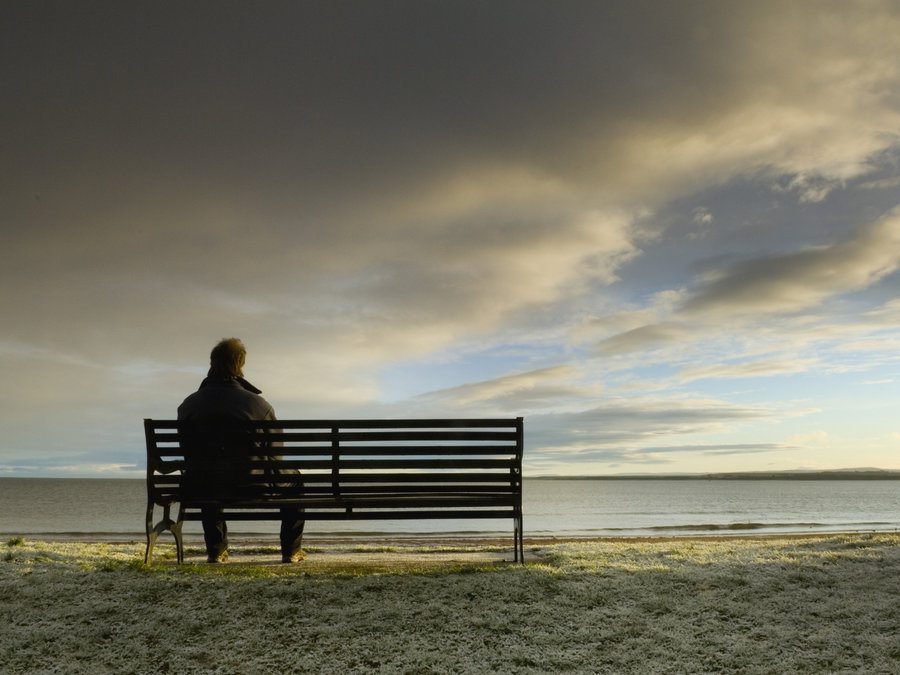 I used to think I understood health. I worked in fitness and told people about it for a living. I WAS WRONG. Focusing only on movement and nutrition, I was missing the bedrock concept upon which real health is built. We are wired to connect and social health is the foundation of human well-being. (Check out the science behind this in my just-released TEDx talk).

This is what I study today, but in a life quite different than my current as a suburban mom and public health professor, I was a Marine Corps Military Police Officer. I have a little brother who also joined the Marines and we’ve always been very close, probably because we had to be! When we were young we moved over 20 times – there was many a summer where my siblings were my only friends because we were the new kids.

I was already deployed to Iraq when he e-mailed me to share his grand romantic plans to propose to his girlfriend before he headed over. She was a civilian schoolteacher that I had yet to meet. I was in my cynical deployment mode and I was surrounded by Marines receiving what we call “Dear John” letters. They often read the same, “the grind of deployment is too much, our relationship is over, I already have a new significant other, the end.” I didn’t think his proposal would wind up any differently because he was headed to Iraq right behind me, but I wanted to be supportive so I told him I didn’t have a problem with the proposal but admonished him to buy her a ring made out of cubic zirconia. No sense in buying a diamond he might never get back.

As younger brothers often do, he ignored my advice and bought her a beautiful ring.

Well, that is some cash he will never see again! Should have listened to me!

When he was coming in I had convoyed south and I was able to be there at the hangar in the middle of the night when he flew in. Even armed and incredibly well-trained my brother will always look like a little kid to me. He was walking towards me with a huge pack on his back, a Kevlar on his head, and a rifle in his hands. All I could see were his big, blue eyes peeking out like a turtle under all that gear and I thought, “who let a ten year old on the plane with a rifle???”

As I stood watching his C-130 unload on the tarmac I forgot to feel invincible for a moment and my heart sunk – I knew where he was heading and I knew what was happening there. I had some big sister notions of telling him what he needed to know to stay safe during his deployment and for the first time it occurred to me that may not be enough.

Soon after I was headed home to the states and I didn’t know it at the time, but he was as well. Except that an improvised explosive device made sure that his trip home was wounded and on a stretcher.

When a service member is medically evacuated and they make it to the stateside hospital, there are no guarantees and a lot of unknowns.

When my brother arrived at Bethesda, we didn’t know what he might be facing. Our family came together to be there for him, but even with our support system gathered, Bethesda was a dark place some days.

Into this world walked my brother’s civilian schoolteacher.

Frankly, I didn’t yet know if she was part of our close-knit family. I had stereotyped her on sight—mostly because she was a pretty girl who often wore makeup and always had on matching accessories. I was waiting for her to fall apart.

When her leave ran out at work she went back to teaching all day long in nearby Virginia, but made the drive every night to sleep in a chair at my brother’s bedside. I was terrible in that hospital room always dropping things – just graceless. She kept him smiling and focusing on their future together. She kept him connected to their community of friends when he left the hospital and had to spend his days in a reclining chair. She kept him looking forward to new plans to build a family, even when they had to install bars over his bed at home and he needed help with the most basic tasks.

That makeup had fooled me; she was more than serious. She showed up, and she was a foundation for my little brother when he really needed one.

They got married and she gained three sisters that would help her hide a body today if she asked.

She has a really good memory though. Every now and again, I hear about that cubic zirconia comment.

The Science of Social Cohesion

Here’s the truth about human health – nothing will kill you faster than loneliness.

We know all of this because scientists have studied social cohesion from a variety of angles and proven that disconnection is dangerous! We’ve studied partner relationships, friendships, and civic involvement – it is all important and comprises our social health. In one study, medical students without many friends had depressed immune systems. A 30 year study out of Roseto, PA found that support protected against heart disease even when the diet wasn’t ideal. My own research has demonstrated convincingly that people without partnerships are at greater risk for depression.

We talk in public health about behaviors that offer something called protective effect and upping your social support has more protective effect than quitting smoking. Don’t hear me wrong – smoking is still bad!

The reason for that can be found in our physiology. Stress hormones surge when you’re feeling lonely or rejected, and if this happens too often or for too long, you start seeing problems.

Cortisol and adrenaline are useful when facing a real threat – they fire us up to respond, but they also shut down everything non-essential. Our heart rate and our breathing rate jump up and blood flows to our biggest muscles. Energy to the logical brain, digestive system, and even blood flow to our extremities is diverted.

If hormone levels stay up, you can imagine the problems your body starts to face. At first, diminished blood flow to the extremities is just cold fingers and toes. Over time it might become neuropathy. Then, you stop feeling and have trouble picking things up or even balancing – in this way our body is trying to signal us – loudly, in the only way that it can – social numbing becomes physical numbing.

Our brain activity being interrupted may mean initially only that it becomes tough to find our car keys. Soon enough, we begin to have difficulty communicating, displaying empathy, or engaging in high-level thinking. This makes connecting with others even more challenging, and our isolation can easily become self-perpetuating.

I work in military public health today, and for a long time, all we talked about was the correlation between post-traumatic stress and combat deployments. That’s not the whole story, though – it’s far too simple. The riskiest time for veterans is the first six months of coming out into the civilian world. We face that complex mix of losing identity, our purposeful, all-consuming work, and the biggest loss – our tightly-bound community.

When social support is happening the way we want it to, you get a veteran reintegration story like my brother’s.  In our family, he is still everyone’s favorite. He’s now a dad and a slightly-intense High School English teacher.  His wife is hilarious and keeps us all on our toes.

When it’s not, you get one like mine, and like too many of our service members leaving active duty today.

I struggled with pulling the right people around me after deployment and that time at the hospital. I was angry, guilty, then angry some more. I drew inward and sought to surround myself with people who had similar experiences to my own.

The results for me weren’t pretty. I worked too hard, drank too much, and communicated not at all. I found a relationship that was as volatile and crazy as I was feeling on the inside. I didn’t know the meaning of the word “introspection” or the phrase – ‘I need help.’” There was a time I could’ve wound up an isolated, angry statistic.

The social health issues I’m talking about aren’t strictly veteran problems. The angry veteran, the elderly shut-in, and the person in an emotionally abusive relationship all deal with the same physical effects.

All of us have to prioritize it.

I was never lonely exactly, I certainly had people around me, but I had too many of the wrong people, and I had no one who ever challenged the way I was doing things.

We all need the strength that an uplifting group of different – and thus complementary – personalities brings us. So I had to ask myself, as I encourage you to ask yourself – how are my people?

Do they support you? We need affirming, yes.

Do they challenge you? We also need different.

Connect. Be willing to get a little uncomfortable – It can completely change your health.

Dr. Kate Hendricks Thomas is a speaker, researcher, and storyteller. She is the author of several books on military health. Hendricks Thomas, also a U.S. Marine Corps veteran, helps businesses and military veterans optimize their performance through resilient leadership training. Her behavioral health research has been published in journals like Traumatology, the Journal of Military and Veterans’ Health, and Gender Forum. View all posts by Kate Hendricks Thomas