On Emotional Intelligence: What Trump’s Reaction to Flynn Tells Us 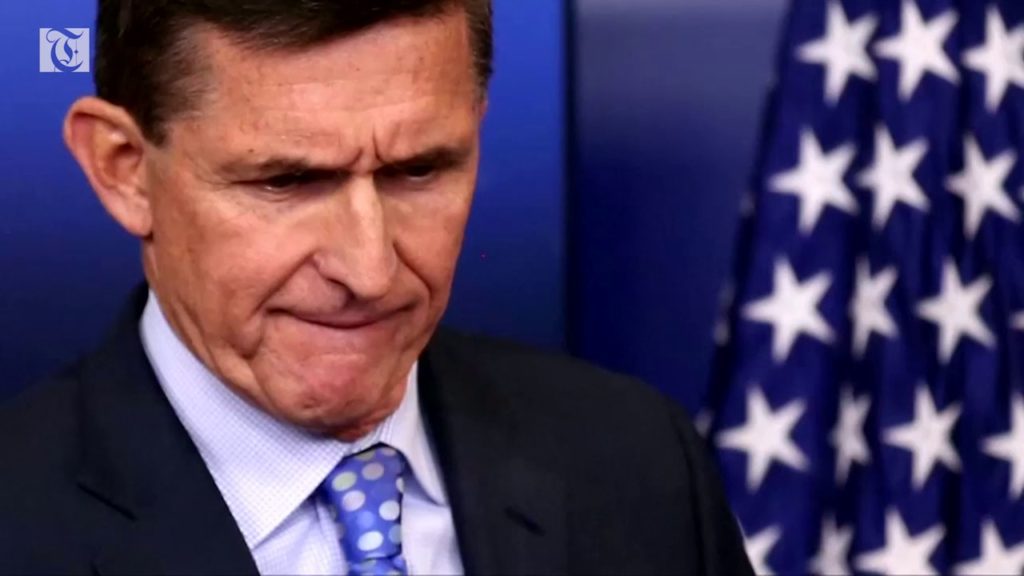 Emotional intelligence. It’s not just a Time magazine-worthy buzzword anymore. Now that we’ve got a catchy name for it, it’s taking center stage in American society and particularly in American politics. But how do you measure it?

One potential metric is an adult’s ability to face criticism without taking it personally or looking for vengeance. Another is one’s willingness to take responsibility for one’s actions. According to either of these metrics, America’s latest president is failing badly — and nowhere is it more apparent than in the agonizingly slow churn of the Michael Flynn scandal.

What Happened and Who’s Blaming Whom?

This scandal has been unfolding for so long it’s beginning to feel like disgust and boredom will set in before we get any satisfying answers. But what we do know is troubling.

Michael Flynn backed Trump throughout the campaign season and was named to his national security post after the election wrapped. Just before the inauguration, Flynn allegedly spoke with Russian Ambassador Sergey Kislyak to discuss U.S. sanctions on Moscow over Russia’s purported meddling in our election.

If this meeting did indeed take place, it’s at best a break from protocol and at worst a severe violation of federal law, which states civilians cannot conduct foreign policy. If this is true, it’s an exhibition of breathtakingly poor judgment on Flynn’s and Trump’s part — and one that’s nearly unprecedented in American politics.

Former acting Attorney General Sally Yates confirmed that on January 26th, she indicated to the White House Flynn might be hiding something. Neither Trump nor anybody in his entourage took any formal action, but their hand was forced after the details about Yates’ warning were leaked to journalists. Flynn resigned shortly thereafter.

Confused? Disgusted? It gets better. Flynn himself apparently also told Trump’s transition team weeks before the inauguration that he was under federal investigation for secretly working as a paid lobbyist for Turkey during the campaign. Lobbyists work to influence lawmakers and legislation, and while legitimate lobbying can be entirely ethical, Flynn’s consulting company apparently received $530,000 from a Turkish company for work that could have principally benefited the Republic of Turkey.

Not only do federal ethics rules prevent senior officials from lobbying on behalf of foreign governments, but failing to register such activity is a felony.

As proceedings have unfolded and testimonies have been given — by James Clapper, former director of national intelligence, and Yates, among others — the president has gone on the defensive where Flynn is concerned. Trump has been trying to get ahead of the developing backlash by doing one of the things he does best — deflecting blame in every other direction.

In a series of tweets fired off as Yates and Clapper were testifying, Trump retreated to the hill upon which the GOP is slowly dying, the deep-seated and almost entirely irrational hatred of All Things Obama. Trump has defended himself so far by pointing out the Obama administration hired Michael Flynn in the first place as national security advisor.

In an additional, messy twist, Yates’ testimony arrived after she’d already been fired by Trump himself for not defending his ill-advised and likely unconstitutional Muslim ban.

And even as Trump maintains yet again that Obama is the one to blame for his catastrophic lack of judgment, evidence is mounting that the previous President warned the new one explicitly about hiring Flynn.

If you’re not following this crazy train, here it is even simpler:

Get it? When the train inevitably lurches off the tracks, it’s anybody’s fault but Trump’s. That’s how a child deals with his problems — not an American president. Trump hasn’t merely blamed his predecessor for this debacle — he’s also blamed it on “fake news,” another of his go-to excuses when he gets caught in a lie.

As the World Watches

And from there, Trump’s response has been as predictable as it is unfortunate. Instead of letting the adults in the room sort out the mess, he’s stonewalled, denied, lied and generally flailed about for an excuse that sounds presidential.

Indeed, he’s spent more time fretting about the alleged leaks than he has trying to uncover whether Russia played kingmaker in 2016. Whatever his motivations, those are horrifically bad optics for a president who’s already on thin ice, even among Republican Party insiders like John McCain.

It shouldn’t need to be pointed out why all of this is incredibly bad for America. President Obama was well-liked overseas — his approval ratings were frequently higher in allied countries than they were back home — but his successor has the entire world fretting over the future of democracy itself.

The Future of Democracy

Trouble is, democracy doesn’t generally die with some grand gesture — it dies by a thousand cuts, and Trump is delivering many of them himself. Nobody who answers allegations of severe wrongdoing or poor judgment this childishly should represent American citizens and their interests overseas. We’ve got enough to worry about without this bull-and-china-shop routine from a grown 70-year-old man.

Translation? The Flynn saga doesn’t merely look bad for Trump — it looks bad for every American, whether we voted for him or not.

America’s brand abroad took a near-fatal hit at the end of 2016, and every day that goes by without satisfying answers to this and the other clouds of illegitimacy hanging over the White House is one more day we look weak, shattered and ineffective on the world stage. And if there’s ever been a time when the world needed decisive and emotionally intelligent leadership, this is it.

How to Find a Job Using Social Media?