bySWHELPER
in Immigration, News, Politics
0
ADVERTISEMENT
Share on FacebookShare on TwitterShare on LinkedinShare on PinterestShare via EmailShare on Reddit 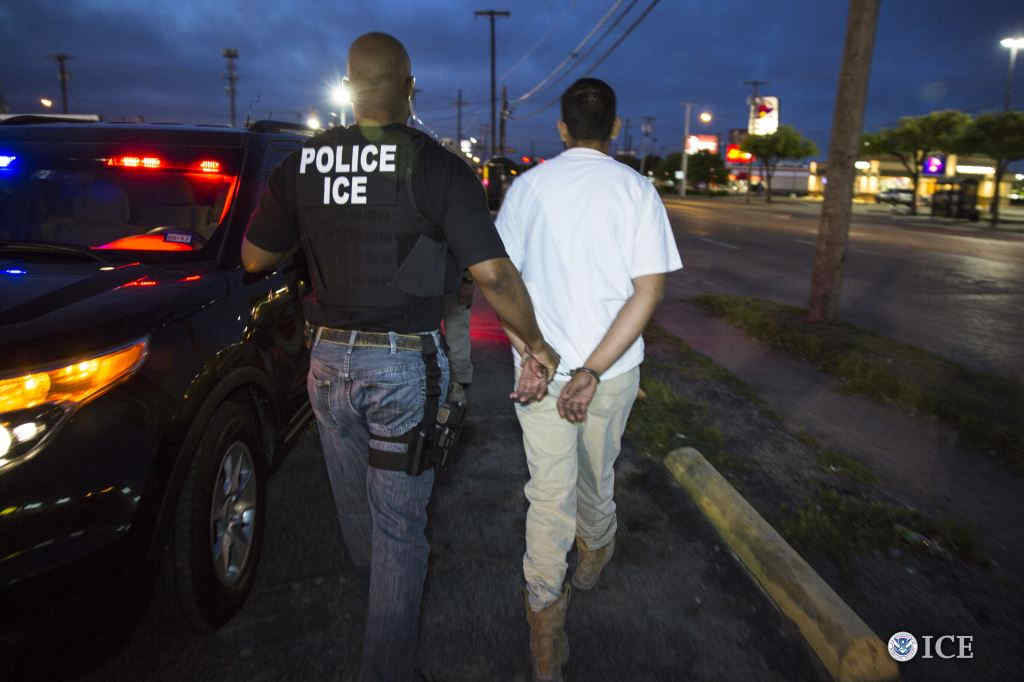 An analysis of U.S. government data obtained by Northwestern University’s Deportation Research Clinic shows that the U.S. government detained more than 260 U.S. citizens for weeks and even years, most in private prisons under contract with Immigration and Customs Enforcement (ICE). They were released after asserting their U.S. citizenship claims in immigration court.

The average time of detention for U.S. citizens was 180 days. ICE acknowledges that it is unlawful for ICE to detain U.S. citizens under deportation laws.

In response to the clinic’s Freedom of Information Act (FOIA) request, the U.S. government released data showing that between January 1, 2011, and June 9, 2017, immigration judges rescheduled hearings for 1,714 cases after respondents in deportation proceedings claimed U.S. citizenship. More than 1,000 of these claims succeeded.

“The new data show that the detention of U.S. citizens is not just a possibility, but a persistent fact,” said Jacqueline Stevens, director of the Deportation Research Clinic and professor of political science in the Weinberg College of Arts and Sciences (WCAS) at Northwestern. Northwestern students Avery Miller and Elizabeth Meehan, both of WCAS, assisted with data analysis.

After an article ran in the New Yorker in 2013 about a U.S. detainee, in which Stevens was quoted and her research used, John Morton, then ICE assistant director, responded in a letter to the magazine and said “new safeguards to protect against the possibility of a citizen’s detainment or removal” had been implemented.

However, Stevens said within days of reading the letter she received two more letters from U.S. citizens detained by ICE. She then decided to fill out a FOIA request for data from immigration court cases adjourned based on claims of U.S. citizenship.

Stevens said another key finding from the data was that 30 percent of respondents who were represented by attorneys remained in the U.S., while only 17 percent of those without an attorney succeeded in their efforts to avoid deportation.

The clinic researchers performed cross checks on the released data using cases in clinic files and caution that the data are just the tip of the iceberg.

“We compared 23 randomly selected cases of U.S. citizens who had appeared in immigration courts since January 1, 2011, and only two were in this release, both of which I had brought to the attention of the government,” Stevens said.

Stevens explained that cases could be missing from the data set because adjudicators may not realize the respondent has a claim to U.S. citizenship; may deport the person at the first hearing, which means there would be no rescheduling code, or may reschedule using a code for “seeks more time for any attorney,” or another valid reason that is not the claim of U.S. citizenship.

Stevens also pointed out that two cases from files obtained under the Freedom of Information Act on behalf of U.S. citizens who had signed privacy waivers were coded as U.S. citizenship claim adjournments but also do not appear in the Excel output from the government.

As a result of current litigation under the Freedom of Information Act, Stevens recently received documents indicating that ICE has internal protocols for handling claims of U.S. citizenship that contradict its stated policy and the U.S. Constitution. She said she plans to release this analysis later this year following the final production of documents.

Innovation in Social Work: Where Does it Come From?

Innovation in Social Work: Where Does it Come From?

The Case of ‘Mary’: Further Reflections on Child Protection in Ireland