byElise Trott
in Aging, News, Politics
0
ADVERTISEMENT
Share on FacebookShare on TwitterShare on LinkedinShare on PinterestShare via EmailShare on Reddit 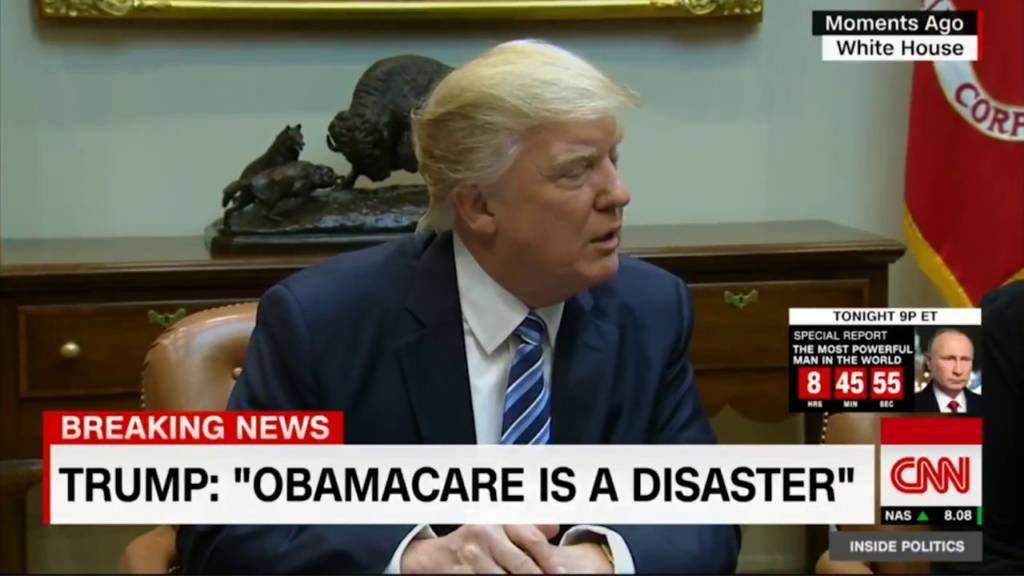 Over the last twelve months, my colleagues and I have spoken at length with close to one hundred Native American seniors across the state of New Mexico about their health care and health insurance. Since November 2016, these seniors have expressed profound apprehension about the future of health care and insurance coverage under President Donald Trump’s administration, both for themselves and for their friends and relatives. As one elderly woman put it, “I have care, but is [Trump] going to take that away from us?”

Most Americans assume that regardless of any changes to the Affordable Care Act (Obamacare), the healthcare needs of seniors will be covered by Medicare, which serves individuals who are 65 years of age or older and who have paid into the Medicare system via payroll taxes. In fact, even if the current Medicare system remains in place, Obamacare repeal will have profoundly harmful effects on older people, especially those under 65 who have low-incomes, live in rural areas, or are in need of long term care or help to stay in their homes. In fact, seniors are among the most likely people to be hurt by plans to replace Obamacare.

How Obamacare Has Benefited Seniors

Seniors age 55 and over make up an increasing part of the U.S. population and their healthcare needs are extensive and complex. The National Council on Aging estimates that 92% of older adults suffer from a chronic illness, such as diabetes or heart disease. Seniors also have high rates of cognitive health problems, including Alzheimer’s and dementia. A growing number of older adults experience mental health and substance use problems. Even as they face such health problems, many seniors have limited incomes and struggle with the costs of housing, food, and health care.

Although Obamacare is often seen as an effort to increase insurance coverage among younger and healthier people, it has also provided numerous benefits to seniors. These benefits are not only endangered by current replacement plans, they appear to be specific targets of Republican proposals. For instance, Obamacare’s prohibition of annual and lifetime limits on insurance coverage – as well as its limits on the ways insurance companies can raise prices for people with preexisting conditions – have made it possible for older adults with a variety of health problems to get affordable insurance and care.

Seniors have also benefitted from Obamacare’s expansion of Medicaid, which extended eligibility to adults at or below 138% of the federal poverty level. According to the Kaiser Family Foundation, more than six million seniors have received new coverage from Medicaid, including older adults under 65, Medicare beneficiaries with low incomes, and seniors who do not qualify for Medicare because they did not pay enough into that program during their working years. This last group includes elderly adults who are homeless or disabled, as well as those who were previously farmers, ranchers, and homemakers.

What is more, Medicaid covers long-term and in-home care services not covered by Medicare. These services allow seniors with serious medical concerns to receive high-quality care, either in a nursing facility or their own homes. In fact, the Kaiser Family Foundation estimates that 6 in 10 nursing home residents are covered by Medicaid.

In addition to extending these critical benefits to seniors, the Medicaid expansion has generated new revenues for providers of healthcare services that many elders need – including mental health and substance addiction services, transportation services, and help to purchase medical equipment needed by adults who wish to remain at home throughout their elder years. These improvements are especially important for seniors in rural areas, where service providers are sparse and patients must travel long distances to find care. As our research in the rural state of New Mexico reveals, healthcare providers report that Obamacare has helped them address the complex health issues faced by aging patients.

Obamacare has also significantly improved Medicare – by ensuring access to no-cost preventive care and screenings and expanding prescription drug coverage. Crucially, Obamacare addresses the previous Medicare gap in prescription drug coverage, where insurance did not pay for drug costs after an individual reached a certain level of costs. Obamacare discounts drug prices for seniors who fall into that coverage gap and aims to close the gap by 2020. Repeal of the law would significantly increase the cost of prescription drugs, disproportionately affecting seniors.

Not only will repealing or reducing core benefits of Obamacare disproportionately hurt seniors, Republican proposals include provisions that will specifically penalize seniors, such as those that would let insurance companies charge older people up to five times more for insurance than younger adults. Families USA estimates that this could put marketplace insurance financially out of reach for 3.3 million people over the age of 55. Proposed caps on lifetime benefits and the elimination of regulations regarding the essential benefits that insurance plans must cover will put seniors at risk of “running out” of coverage as they age or being unable to afford insurance that will actually cover their medical needs.

Whether or not Obamacare is ultimately repealed, cuts to Medicaid – a core part of U.S. health insurance since 1965 — remain likely and will have especially harmful effects on the numerous seniors who rely on the program for long-term care, including the estimated one-third of American seniors who fall below 200% of the federal poverty line. In addition, reductions or caps to federal funding for state Medicaid programs will serve to deepen existing inequities in care for poor, older, and disabled people in the poorest and sickest states.

Better Care for Seniors Helps Everyone

Ultimately, while seniors have specific and complex needs, ensuring their health is important for everyone in all parts of the United States. When older people cannot get health insurance or adequate care, the burdens are often shifted to their adult children and grandchildren. Many seniors also care for their children and grandchildren, many of whom get help from Obamacare’s benefits for all low-income adults and children. Although Obamacare has very real limitations, the prospect of repeal is already plunging seniors into a state of fear and uncertainty. All Americans should join senior citizens in worrying about the drastic downsides for families and communities, especially in rural areas, if current Republican plans become law.

Understanding the Impact of Paternal Incarceration on Children’s Schooling