byMatt Barnes
in Mental Health, Social Work
0
ADVERTISEMENT
Share on FacebookShare on TwitterShare on LinkedinShare on PinterestShare via EmailShare on Reddit 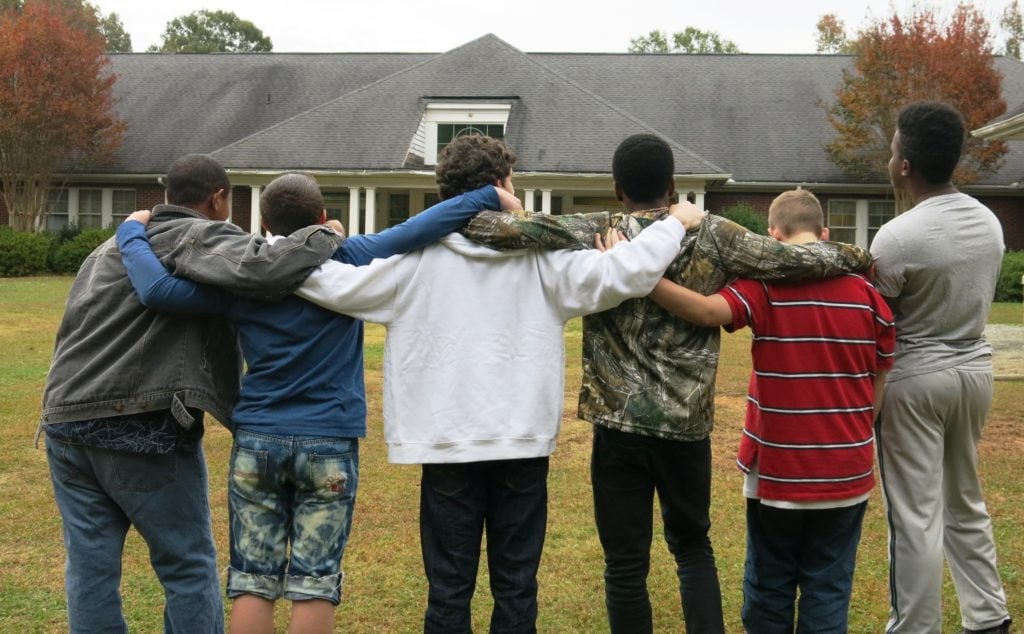 I was 21 years old, fresh out of University and had taken a position as a Child and Youth Worker at a boys group home. After my first day on the job, my roommates were shocked to hear that I had spent the better part of my day protecting myself from being stabbed with a protractor and dodging flying bricks from a wildly out of control 13 year old. I had physically restrained him over a dozen times and at the end of the day, I left exhausted and doubtful that I had a future in this field.

The training I had received focused on behavioral management techniques as many group homes at that time operated as token economies. In reality, this meant that a great deal of focus from staff was connected to the behaviors that the children/adolescents exhibited. If they presented with positive, desirable behaviors, they would be rewarded by moving up a level, or receiving some form of token reinforcement. In turn, if they exhibited undesirable or negative behaviors, they would lose tokens, privileges, control, and status.

It wasn’t until several years later that I began to understand the shortcomings of this model when used in isolation. I was working in the Yukon Territory in a similar setting but had now been trained in ‘Trauma Informed Care’. The children/adolescents in both settings had many similarities despite ethnic, geographical and social differences. They presented with a pervasive pattern of emotional dysregulation, they had problems with attention, concentration, and impulse control, and for the most part, they struggled with getting along with themselves and others.

Most importantly, they were all survivors of some form of childhood trauma. As brain science and studies such the ACE study from the Centers for Disease Control and Prevention are showing, childhood abuse and neglect is the most costly public health issue to date. One look at the Adverse Childhood Experiences (ACE) study and you can see that traumatic life experiences such as physical, emotional or sexual abuse, neglect, and other household issues during childhood/adolescents leads to an increased likelihood of developing mental health disorders, addictions, learning & behavioral problems as well as coming in contact with the criminal justice system, along with countless other social issues.

This study and others have also connected early trauma to workplace absenteeism, financial problems, drug use, unintended pregnancies, prescription painkiller use and even a higher chance of developing COPD, heart disease, liver disease and cancer due to the ongoing stress in the body. Despite this study and countless others, we live in a health care system that often ignores trauma and it’s impact on brain and body development.

In some cases, the ongoing practices and policies even further traumatized and victimize those who touch foot into the system. For those that have worked in agencies and organizations that aren’t ‘trauma informed’, you are not alone, and it is not too late. As I reflect back on the shift to becoming ‘trauma-informed’, I began seeing that the client’s behaviors were really a unique language that provided a glimpse into how childhood abuse, neglect and adverse experiences had impacted their physical, emotional, social and mental well-being.

Providing trauma-informed practice means that creating a safe and non-judgmental environment is one of the most important aspects of working with vulnerable populations. As such, building relationships with our clients are the entry point into their healing, and ruptures in relationships (i.e. being attacked with a protractor) can be opportunities to teach emotional regulation, demonstrate how to repair relationships and develop meaningful connections.

As a result, clients begin to feel more empowered, have more control, and have more predictability in their environment. For staff, this means less energy is spent on managing behaviors and more focus is on creating an environment where clients have a chance to heal their broken attachment systems and learn how to calm their physiological responses that were so prone to living in fear and danger. Trauma informed practice is strengths based. It means safety and trust over obedience. For clients, it means that having an emotional or aggressive episode is met by support,

For clients, it means that having an emotional or aggressive episode is met by support, comfort, and learning rather than fewer privileges, shame, and isolation. As health care professionals, we have to turn our focus to the early attachment issues and traumatic experiences that many of our clients have faced.

We have to view behaviors as a language and not as the root problem. We have to become trauma-informed to truly create a safer, healthier and balanced society for future generations to come.