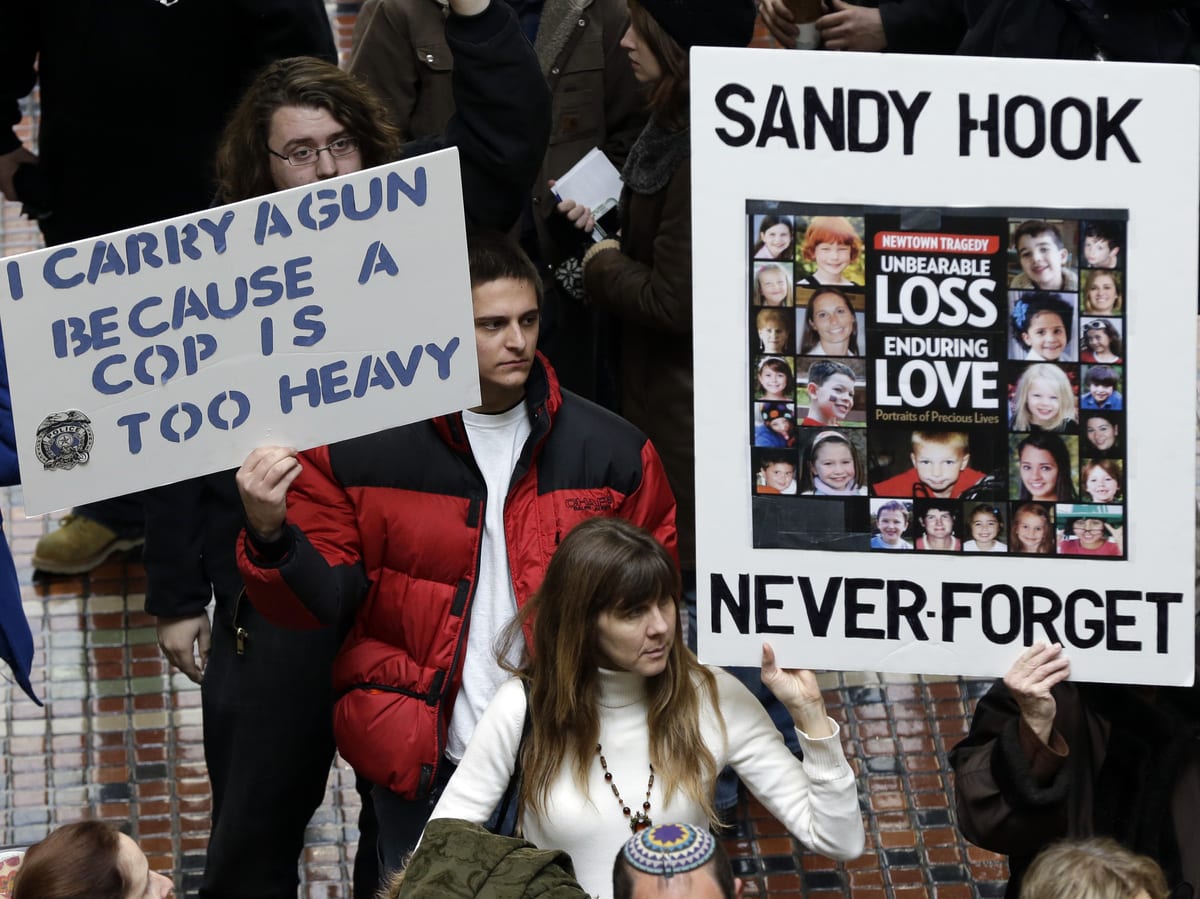 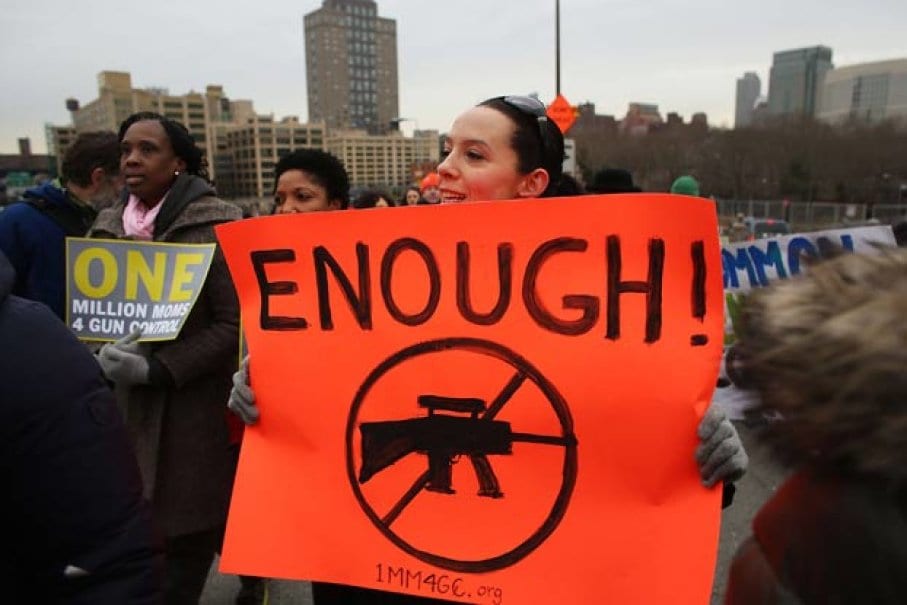 Americans were shocked by the December 2012 mass shooting at Sandy Hook Elementary School in Newtown, Connecticut that claimed the lives of twenty children aged seven or younger. In response, President Obama argued that the slaughter of children called for the nation to break the longstanding partisan gridlock over gun control.  But Congress refused to heed his call.

Although Democrats convened a gun violence task force and introduced several different pieces of legislation designed to strengthen the nation’s gun control policies, including its weak background check system, Republicans condemned these bills as attacks upon Americans’ Second Amendment rights and flatly refused to bring them to a vote. Politicians in both parties cited snippets of opinion polls to argue that “the American people” were on their side.

Did the Sandy Hook tragedy “shift the needle” in mass public opinions about guns and gun control?  To find out, I analyzed a nationally-representative survey conducted four months after the shooting at the height of the ensuing media coverage and political debates. Taking into account political and demographic characteristics that make people more or less inclined to favor gun control, I compared these 2013 data to results of previous polls to assess whether the shooting altered public opinion.

Gallup poll data indicate that the percentage of Americans who agreed that “laws covering the sale of firearms” should be “more strict” declined from 78% in 1990 to 47% in 2014. Agreement that firearm sale laws should be made more strict briefly spiked in December 2012 after the Sandy Hook shooting; but by the end of 2013, views reverted where they had previously been during the 2000s, roughly evenly split between support and opposition to tightening the laws.

According to the April 2013 poll data I analyzed, about 56% of Americans believed that gun control laws should be made “more strict” – in line, quite likely, with the temporary post-Sandy Hook increase in support of gun control observed by Gallup. Similarly, Gallup estimated in December 2012 that 44% of Americans supported “a law which would make it illegal to manufacture, sell, or possess semiautomatic guns known as assault rifles,” while the April 2013 poll found that about 55% of Americans favored a nationwide ban on semiautomatic weapons.

Overall, polls show that, since the mid-1990s, Americans have been nearly split down the middle when it comes to support or opposition for general gun control measures or an assault weapon ban, and the Sandy Hook mass shooting sparked only a temporary increase in public support for gun control.

Nevertheless, the April 2013 poll found much greater consensus in regard to instituting background checks for gun purchases. Nearly 89% of respondents stated that they favored “a federal law requiring background checks on all potential gun buyers.” Thus, even though Americans remain very divided on the question of gun bans, they widely agree on the need for policies to ensure responsible gun ownership.

In order to better understand why Americans are divided about gun control, I analyzed the relationship between people’s views on this issue and their beliefs about politics and society. A few consistent themes emerged. First, people who said they were concerned about declining morals in society or believed that the country is on the wrong track were more likely to say that gun control should be “less strict.” They were also more likely to oppose a semiautomatic weapon ban.  As a number of scholars have argued, gun ownership holds a symbolic value for many Americans, who equate gun ownership with liberty and self-determination. From such a perspective, gun control impinges upon fundamental American values.

In my study, self-identified political conservatives, Republicans, and Independents were all more likely to say that gun control laws should be “kept as they are” rather than be made “more strict.” Conservatives were also more likely to oppose a semiautomatic weapon ban and efforts to strengthen background checks.

Ultimately, however, the single factor that I found was most strongly and consistently linked to opposition to gun control of any sort was a person’s feelings toward the National Rifle Association. Respondents who said that they held a favorable opinion of this group were much more likely to oppose new gun controls, semiautomatic weapon bans, and efforts to strengthen background checks. This is a new finding that has not been established in previous studies.

Poll data do not bode well for the politics of gun control. The American public is deeply divided about the need to limit gun ownership. Yet a large majority of Americans still expressed support for efforts to strengthen the background check system, which was a centerpiece of efforts by Democrats to pass new legislation following the Sandy Hook massacre. With such wide public support, why did no bill pass? My study reaffirms the great power of the National Rifle Association to block any new measures. The Association’s influence in Congress is well known, but my poll data also reveal that it also strongly influences the gun policy opinions of average citizens.

If there is a path forward for the proponents of gun control, it might be in finding a way to ease National Rifle Association opposition to specific policies like background checks that enjoy wide public support.  Also of interest is the fact that 45% of respondents in the April 2013 poll replied that they would consider voting for a candidate “who does not share your views on gun policy.”

Despite some possible openings for publicly supported changes in gun rules, we should not expect to see wide or sudden shifts in American public opinion about gun control. Differences of opinion on this issue have persisted for decades, despite mass shootings.  At most, the data indicate that Americans might be open to accepting and letting their representatives compromise on some specific gun safety measures like improved background checks.

Kevin Wozniak is an Assistant Professor of Sociology at the University of Massachusetts Boston. His studies focus on the politics of punishment and criminal justice with a particular focus on public opinion. Kevin also teaches classes about the criminal justice system, mass incarceration, social policy, and social science research methods. This article was written in collaboration with the Scholar Strategy Network. View all posts by Kevin Wozniak