Systems Perspective and the Myth of the Self-Made Man

byJustin Lioi
in Child Welfare, Mental Health, Social Work
0
ADVERTISEMENT
Share on FacebookShare on TwitterShare on LinkedinShare on PinterestShare via EmailShare on Reddit 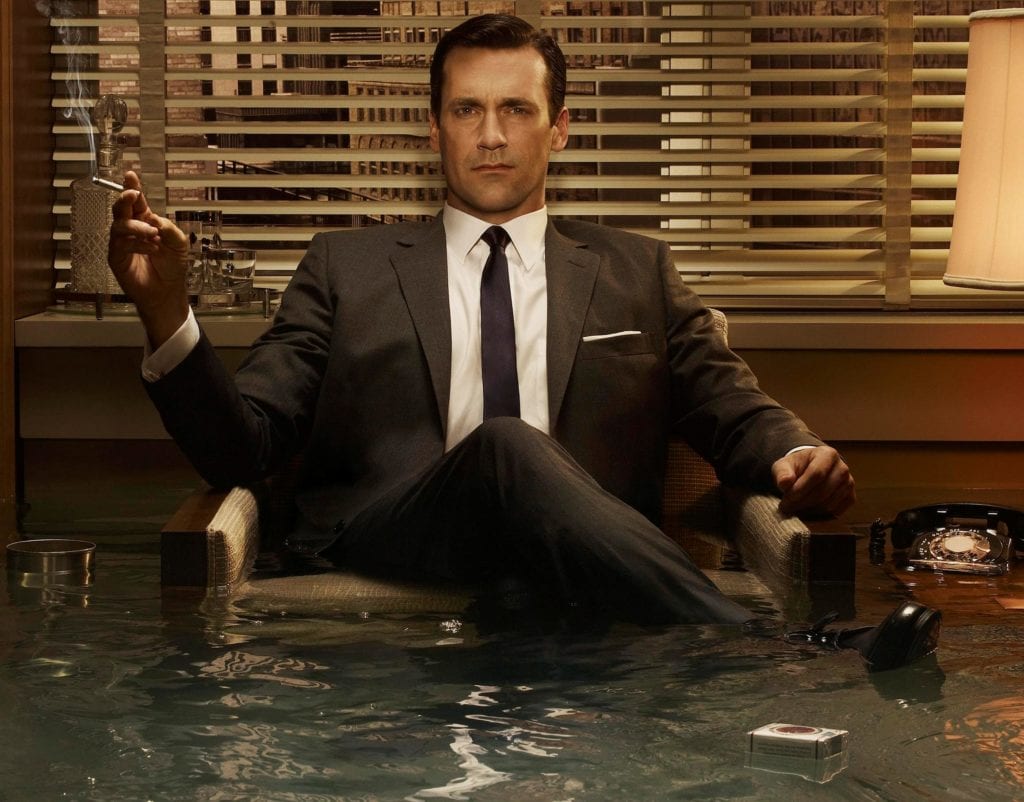 As a social worker, we spend a good deal of time looking at systems, and systems work means we can’t only focus on what’s “wrong” with the individual in our office. Our focus can’t simply be what can this person do to move toward more emotional happiness? We need to always be considering how living in the world and engaging in relationships with other systems and other people play a large role in what this client does, how they think, and how they feel.

My job isn’t to just locate the unhelpful belief my client has about their self-esteem or retrain how they respond to a negative thought. When doing systemic work—even with just one person—I need to look at how race, ethnicity, age, sexuality, and gender play a role in my client’s life. I need to look at how that client’s family system, school system, government system, community systems, and more played a role in shaping my client.

As basic as this is, it’s important to note that It’s a fairly un-American way of going about things.

The Big Lie of Individualism

We’re taught that we should hold up the self-made man. We celebrate that guy to no end in movies, plays, songs, and stories. It’s our enduring myth.

We, social workers, see the monstrosity in that idea—pleasant and attractive though it is. We know that human beings can only grow and thrive within relationships, not apart from them. We know that nothing is self-made. We know that we are working from day one of life to attach to others.

We need to push back on the “self-made man” myth because it’s racist. It’s sexist. It’s heteronormative.

And it’s killing us.

And since I work mostly with men I want to be very direct because it’s literally killing us as the suicide rate for men is incredibly high: five times greater than for women. And we apply words like “strong” and “hard” when we’re describing masculinity? Something is missing. The weaker sex, the special snowflakes, are the ones who are supposed to need help. Not us.

Social workers disagree about many things and we have lots of ways we think are the best way to help any given client, but one thing we can all agree on when it comes to healing is that the relationship does a great deal of the work. It can begin to heal trauma, mental illness, and the “worried well.” It’s the way in, it’s the way through, and it’s the way out of suffering. It’s not the only thing, but it’s part of everything. Death is in the separateness, the lack of relationship.

And name your –ism because that’s about separateness too. We can’t fully heal a white person without moving through white supremacy together and we can’t help men without addressing the patriarchy. We may not call it out or by these names, but to connect with someone in their suffering is to refuse white supremacy and masculinity.

We need to keep doing what we’re doing, but we need to go further. We’re healing the people without healing the system and we can only thrive so much within a sick system.

Moving Ourselves Toward an Ego Dystonic State With the World

In a mental health session, our work is often to connect our client with other people. Often this happens through the therapeutic relationship with us first, but ultimately, it’s done so they can connect with the other people in their life. Doing this on an individual level is important, and as difficult as it is (and it is difficult), it’s really the bare bones of our work. Because what we’re doing, if we stop there, is helping people build up coping strategies to survive in a broken system.

So we have to stop and ask ourselves if in our work we are challenging the system that our clients live in and, not for nothing, that we’re living in too. Now, this can be a controversial stance for some people. It sounds “agenda-driven” and done unskillfully it is just that. But for those who feel they are thriving in this patriarchal, white supremacist world, do we have any choice, ethically, but to aid them in shifting their lens?

For too many of us, we have come to see this world as ego syntonic and we need to push toward discomfort in ourselves to see the world as it is. And that will move us toward change.

Let me take my work in child welfare as an example. Most of the parents I’ve worked with over the years are well-meaning and loving people. Many of them are involved in child welfare because they had hit their children in order to discipline them. Many of them feel this is ok. Many of the child welfare workers think it’s ok to physically discipline a child. We even have different words so we separate “abuse” from “physical discipline” and we jump through hoops to try to define “excessive corporal punishment” as separate from “physical discipline”. Many parents have no hesitation telling me that when their child gets out of line they need a slap, a spanking, a something that lets them understand limits, but that this is discipline and not abuse.

And in the course of this conversation, I usually hear the inevitable, “It happened to me and I turned out ok.”

And right there is the thing that I’m talking about with these systems. You “turned out” in such a way that you think it’s ok to hit a child, your child. And this is the proof that you didn’t turn out as “ok” as you think. You grew up with something violent being normalized.

But that’s our society. That’s the society that collectively calls sexual assault “locker room talk” and elects a president. That’s the society where powerful, talented men are allowed to produce and direct movies for years without consequence for their sexually abusive behavior.

Systems work is helping people see that things they take for granted could be wrong. Knowing

Merging the Therapist and the Advocate

Great things can come from our work with individuals, couples, and families. We can support people in relieving a lot of pain and finding healthier ways to interact. We move people through trauma, out of depression and anxiety, and to better navigate relationships. We help people live within our broken world—which is no small feat. Part of our happiness can only come by becoming more open to uncertainty which is all we really can be certain about.

But can we do more or does our job end there?

I believe we can. Not by “pushing an agenda” or preaching, but by becoming grounded in a strong analysis of the patriarchy, in racism, and in anti-oppressive work. With this analysis, we understand ourselves differently and we understand others in a new way. We see more easily how reactive our clients can be while not realizing they’re being reactive. We are so skilled at reaching for feelings or for picking out the latent content. We see through all of the mental healthy stuff, and we bring it into our work. But, we can see through the racism, the gender norms, the patriarchy, the homophobia and bring that into the work as well? The stronger we are in our own analysis the more able we are to help clients see when they’re reacting to a system instead of their own desires or someone else’s needs.

Most of us just aren’t so good at doing it yet. So many of us separate this work: “I’m a therapist in the office, and I’m an activist when I’m outside.”

That’s great. It is. But we need to find a way to merge the two. To make them inseparable.

Can we repair an airplane while we’re flying it? Can we change our systems while living in them?

Well, first off, we have no choice. We can’t step outside of it because it’s the air we breathe.

With everyone we meet, whether client, friend, lover, or family we need to be grounded in our awareness. We need to support the people we care about, our clients or otherwise, and do all the great engagement and interventions we learned in social work school and beyond—but we have to have an eye on the system. The system they’re in. The one we’re in. The whole shebang.

We need to not preach. We need not be so agenda driven that we miss the humanity of the client or clients sitting in our offices and their suffering. Our need to end the patriarchy cannot be at an individual client’s expense, of course!

But in session and out, we need to be on the lookout for moments to open our own and others’ eyes to the sickness that we are living in. The sickness that lies and says this is the only way to be.

Justin Lioi lives in Brooklyn, NY where he has a private practice that specializes in men's counseling. He has worked with families since 2008 and after several years of listening to fathers speak mostly about their children decided to put their needs front and center. He is a former New York actor and Music Together teacher and is an elected member of the National Association of Social Workers. He blogs regularly on men's issues as well as relationships and parenting at www.ParkSlopeTherapist.com.