bySWHELPER
in Child Welfare, News, Politics
0
ADVERTISEMENT
Share on FacebookShare on TwitterShare on LinkedinShare on PinterestShare via EmailShare on Reddit 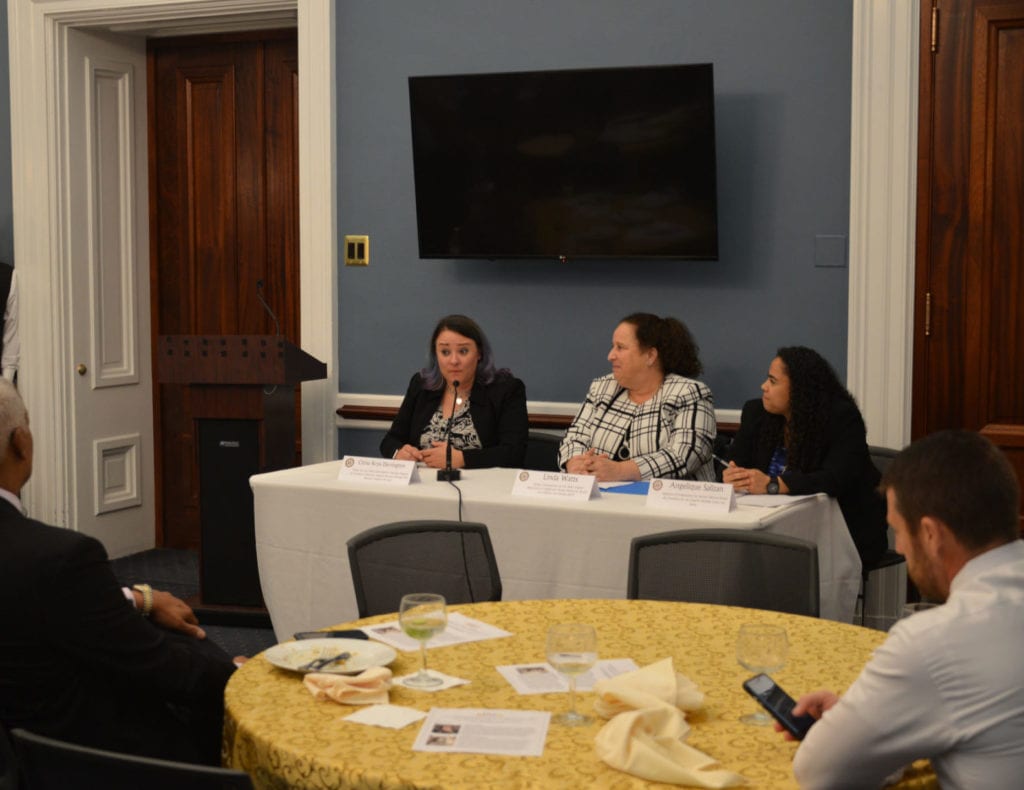 The Congressional Caucus on Foster Youth and the Bipartisan Heroin Task Force teamed up to host a dinner highlighting the effects that the opioid epidemic has had on the country’s child welfare system. This epidemic has impacted countless lives throughout the country and has already had a specifically insidious impact on children.

“The opioid crisis is devastating families and our already over-burdened child welfare system,” said Rep. Karen Bass, Co-chair of the Congressional Caucus on Foster Youth. “We have learned so much from the crack cocaine epidemic and how it affected those in the child welfare system. Now, we have to apply those lessons to the epidemic at hand. Last night’s bipartisan dinner was a step in that direction and I look forward to working with my colleagues in both caucuses that participated tonight on this incredibly important issue.”

“I was pleased to join my colleagues last night at a bipartisan dinner that addressed our country’s opioid epidemic,” said Rep. Marino, Co-chair of the Congressional Caucus on Foster Youth. “This epidemic has affected countless children in the foster care system and it is up to Congress to come together to find a solution to end this horrible tragedy in our nation. I look forward to having more productive discussions on this issue and will continue to work tirelessly with Congress to ensure that our children are protected from this crisis.”

Ideas presented ranged from reforming law enforcement’s ability to respond to on-scene overdoses, to overhauling relapse protocol in court orders, to creating an entire cabinet position to address the issue of drug epidemics in our country. Experts and Members were quick to caution that there will be no one quick fix to this expansive issue, but agreed that conversations like the one held last night will bring us closer to a better future for these communities affected by this epidemic.

“The opioid epidemic has had a devastating impact on communities in New Hampshire and across the country,” said Congresswoman Kuster, the founder and co-chair of the Bipartisan Heroin Task Force. “That impact has been acutely felt by families and children who so often bear the brunt of substance use disorder. I’m pleased that the Bipartisan Heroin Task Force and the Congressional Caucus on Foster Youth have come together for this constructive conversation about how we can better support children as we take on the opioid crisis.”

“The opioid epidemic continues to destroy communities and families across my home state of New Jersey and throughout our nation,” said Republican Chairman of the Bipartisan Heroin Task Force, Congressman MacArthur. “More and more children are ending up in foster care because of this crisis and straining our already burdened child welfare system.  I’ll continue to work with my colleagues on the Bipartisan Heroin Task Force and the Congressional Caucus on Foster Youth to combat the opioid crisis and help children impacted by it.”

The dinner featured three panelists, all of whom have been directly impacted by the child welfare system, addiction or both. Linda Watts serves as the Acting Commissioner for the West Virginia Department of Health and Human Resources and provided detailed analysis regarding her work at both an administrative level as well as in the field.

Angelique Salizan is a former foster youth who is currently serving as a legislative correspondent in United States Senator Sherrod Brown’s D.C. office and a part-time consultant for the Capacity Building Center for States, an initiative of the Children’s Bureau. China Krys Darrington has been a trainer for the Ohio Child Welfare Training Program since 2010 and a provider of Recovery Support Services through XIX Recovery Support Services since 2007.