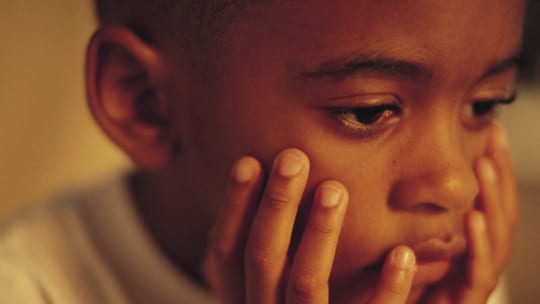 Suicide rates in the United States have traditionally been higher among whites than blacks across all age groups. However, a new study from researchers at Nationwide Children’s Hospital and collaborators published today in JAMA Pediatrics shows that racial disparities in suicide rates are age-related. Specifically, suicide rates for black children aged 5-12 were roughly two times higher than those of similarly-aged white children.

“Our findings provide further evidence of a significant age-related racial disparity in childhood suicide rates and rebut the long-held perception that suicide rates are uniformly higher in whites than blacks in the United States,” says Jeff Bridge, PhD, director of the Center for Suicide Prevention and Research at Nationwide Children’s and lead author of the publication. “The large age-related racial difference in suicide rates did not change during the study period, suggesting that this disparity is not explained by recent events such as the economic recession.”

For older children, the trend reverses back to the national average. For youth aged 13-17 years, suicide was roughly 50 percent lower in black children than in white children.

Researchers obtained data for cases in which suicide was listed as the underlying cause of death among persons aged 5-17 years from 2001-2015 from the Web-based Injury Statistics Query and Reporting System (WISQARSTM) of the Centers for Disease Control and Prevention.

“The existing literature does not adequately describe the extent of age-related racial disparities in youth suicide, and understanding these differences is essential to creating targeted prevention efforts,” says Dr. Bridge, also a professor of Pediatrics, Psychiatry and Behavioral Health at The Ohio State University College of Medicine.

While the findings highlight an important opportunity for more targeted intervention, these data are limited and cannot point to the potential reasons for the observed differences.

“We lacked information on key factors that may underlie racial differences in suicide, including access to culturally acceptable behavioral health care or the potential role of death due to homicide among older black youth as a competing risk for suicide in this subgroup,” Dr. Bridge elaborates. “Future studies should try to find out whether risk and protective factors identified in studies of primarily white adolescent suicides are associated with suicide in black youth and how these factors change throughout childhood and adolescence.”

Responsible reporting on suicide and the inclusion of stories of hope and resilience can prevent more suicides. You can find more information on safe messaging about suicide here.  If you’re feeling suicidal, please talk to somebody. You can reach the National Suicide Prevention Lifeline at 1-800-273-8255 or text “START” to Crisis Text Line at 741-741.