On Stacking Books in the Library, and Undoing My Own Ableism

bySarah Ghalaini
in Disability, LGBTQ, Social Work
0
ADVERTISEMENT
Share on FacebookShare on TwitterShare on LinkedinShare on PinterestShare via EmailShare on Reddit 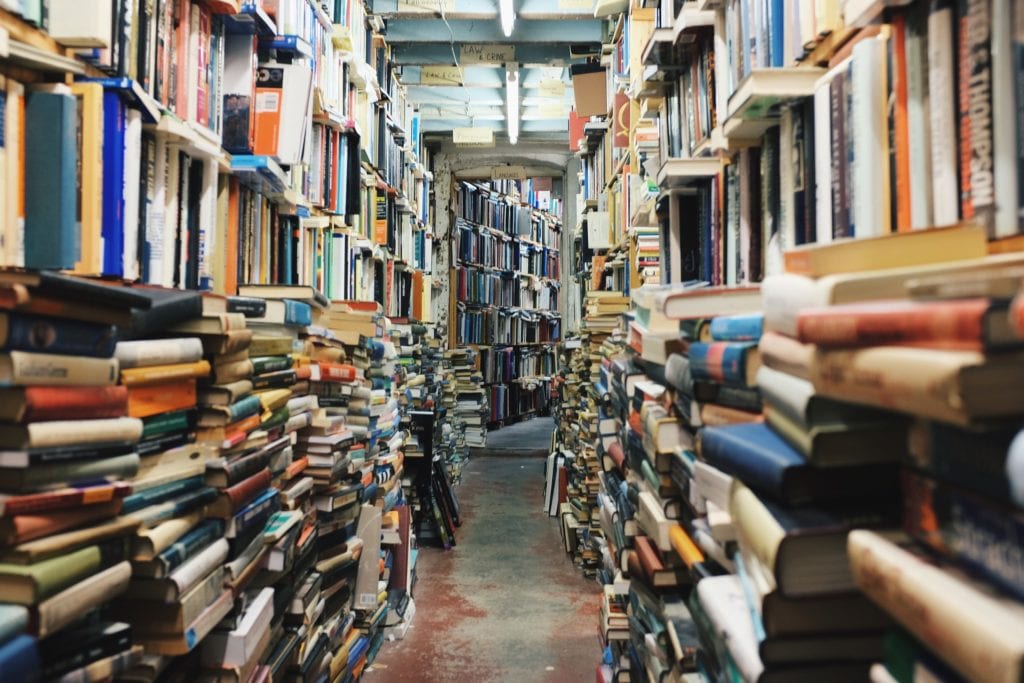 My first job right out of high school was working in a public library. I was one of three library pages who would put books away in order to maintain the bookshelves. A majority of the library staff watched me grow up in that building, and I was given my first opportunity at an internship the year before. I was very bonded to the staff and to the building itself. Working there reminded me a great deal of my childhood.

“Violet” was one of the book pages I worked alongside. For as long as I can remember, she had always worked at the library, it was almost as if she came with the building. Violet retired the year the building was given a grant to be rebuilt, which I always found to be appropriate timing. As a child, I could always count on Violet to be in the fiction section of the library.

Walking in, I knew I would find her pursing her lips and mumbling to herself while she put the cart of books away. Typically, she would stop me, and let me know I looked just like my mother and would then ask after her, right before complimenting me for the season I reminded her of, Autumn. By the time I began to work at the library, Violet was an elderly woman. She would come into the library every morning at 8:45 a.m. with fifteen minutes to spare, so she could sit on the ratty old orange couch in the staff lounge for ten minutes and then spend the last five minutes greeting staff as they came in before getting to her book cart.

Violet was meticulous at keeping time and budgeted herself to shelving two carts for the three hours she would work every day. Some days she was overly ambitious and was able to complete two and a half carts, but that was rare. Once she finished her shift she would grab her things from the staff lounge and go home. Later I learned Violet had a schedule she followed daily, consisting of breakfast at the Tea Cup Café, a walk to work, completion of her shift and then a return to the Tea Cup Café before going home. She lived alone and had a visiting nurse who would come to her home twice a day, once in the morning and once in the afternoon.

Once I had gotten really efficient at keeping my shelves well maintained, I would go down and help Violet with her books. At this point, I was shelving three to four carts an hour. Many times, I would put Violet’s books in alphabetical order for her on the cart so all she had to do was shelve while I walked around after her and fixed her shelves to make them look as “fronted and faced” as mine.

After several weeks of doing this, I was taken aside by my supervisor and asked that I not help Violet because Violet was capable of doing her own work and she took the time she did because she had schizophrenia. I was not aware of this, and always felt I was doing what was “right” because Violet was elderly and honestly, seemed to me to present as not very aware of her surroundings. It wasn’t until I was told of Violet having a diagnosis of schizophrenia that I realized why she presented the way she did.

I learned later on that she had been institutionalized for many years as a young woman until her brother and sister were old enough to discharge her from the facility she was in. Violet came from a time where health practitioners believed it was best to lock away persons with disabilities and forget them. This process is consistent with the manifestation of oppression through what is referred to by disability advocates as ‘containment.’ Society would rather hide Violet away than have her become a productive member of society or teach her skills because her life was less valuable than that of a person without a disability.

Violet and I never discussed her past or her diagnoses for the four years she and I worked together. After learning of Violet’s diagnosis, I realized I had been practicing ableism by doing her work for her and immediately stopped. I was not allowing Violet to do the work she was capable of because I assumed she couldn’t do it. Following this incident, I learned to ask before assisting her because I wanted to ensure I was respecting her ability to work at her own pace and do what she had been doing for thirty plus years.

The irony of it all is my brother has schizophrenia and it wasn’t until I met Violet. that I realized the importance and effectiveness of a routine but also, knowing Violate gave me hope that my brother might someday find himself in a similar position where he could function independently from my parent’s care.

The last year I worked at the library, Violet could no longer live independently due to needing around the clock assistance and eventually moved to a nursing home where she passed away some years ago. Every so often I visit the library and think of the woman who taught me about resiliency but also gave me a perspective that I keep with me always.

The Importance of First Aid Training for Young People

Sara Ghalaini is a candidate for the degree of Masters in Social Work at Salem State University’s School of Social Work. She holds a Bachelors in Psychology from The University of Massachusetts, Amherst. She is currently working on multiple initiatives including functioning as an LGBTQ Liaison for children in the care of the Department of Children and Families, building awareness between social workers and refugee families working with DCF and creating a chapter for disability issues under DCF’s Diversity Leadership. She hopes to continue her career in social work as a leader in community initiatives. Ms. Ghalaini chose to study social work practice with people with disabilities because she found a lack of cultural awareness between social workers and the clients they serve. Ms. Ghalaini can be reached at [email protected] and her blog entries are published at www.disabilitysocialwork.blog.