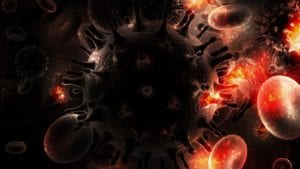 Even though the overall number of people with HIV and AIDS has fallen, it is still a disease which predominately affects gay males. An estimated 67% of new HIV cases are transmitted via male-to-male sexual contact, with heterosexual contact accounting for 24%, and 6% due to drug use. Young people are also more likely to be infected. Young people ages 13-24 account for 21% of new AIDS cases. The most at risk individuals are young gay and bisexual men which “accounted for 81% of all new HIV diagnoses in people aged 13 to 24 in 2016, and young African American gay and bisexual men are even more severely affected,” according to the CDC.

Since 1987, the first year Human Immunodeficiency Virus (HIV)/Acquired Immune Deficiency Syndrome (AIDS) was listed on death certificates, over 500,000 people have died in the United States from HIV/AIDS. That’s more than the number of people who have died in the Syrian War. Currently, in the United States, AIDS is the 9th leading cause of death in people 25-44 years old.

The AIDS epidemic reached its peak in 1992, with an estimated 78,000 cases diagnosed annually. Since then, AIDS diagnosis began to steadily decline until stabilizing in the late 1990s at approximately 40,000 cases diagnosed annually. The latest statistics from the Center for Disease Control and Prevention (CDC) show between 2010 and 2015 the estimated number of annual infections declined 8% from 41,800 to 38,500.

The opioid epidemic is responsible for the first uptick of HIV diagnosis attributed to intravenous drug use in two decades. In 2015, opioid use led to 181 individuals being diagnosed with HIV in Scott County, Indiana. Lowell, Massachusetts has also seen a recent spike in HIV cases attributed to opioid use.

One of the biggest obstacles faced by HIV/AIDS patients is a healthcare system which is less than perfect. A recent Times article stated, “no class of medicines is more scandalously expensive than for H.I.V.” In the U.S., HIV medication can cost $39,000 a year, while countries in Africa the same medication costs $75 a year.

The U.S. healthcare system may not be perfect, but HIV treatments are getting better. Experts think it’s possible HIV transmission can be stopped in the United States within 3-7 years. The most current and powerful antiretroviral drugs on the market can lower the amount HIV in a person’s system to a level so low it cannot be transmitted.