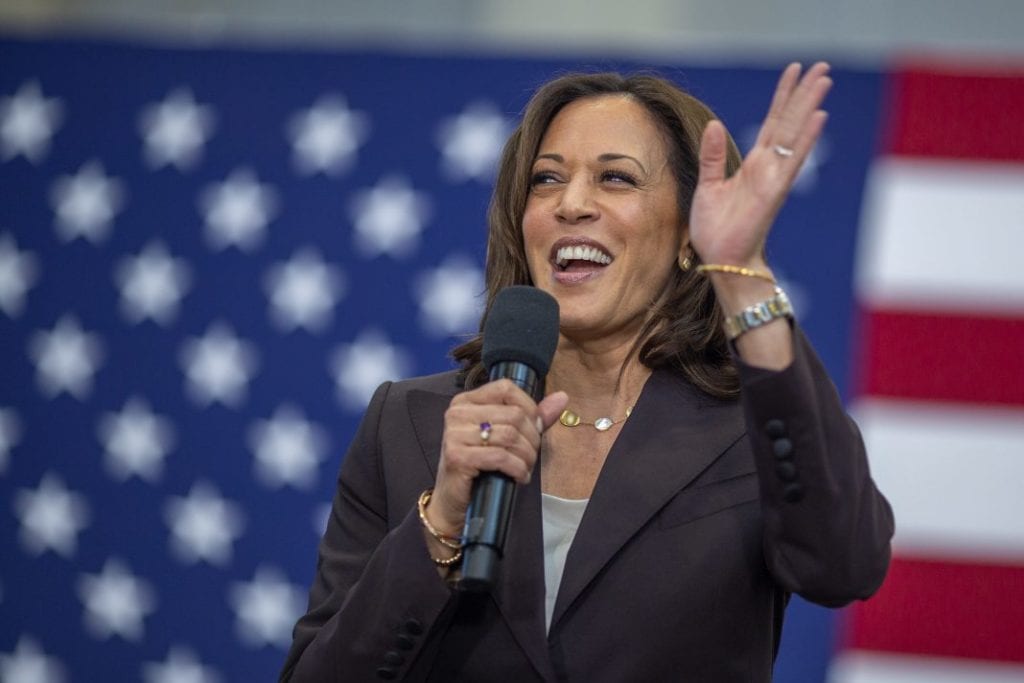 Senator Kamala Harris was without peer during the fourth Democratic presidential primary debate. In fact, it’s difficult for me to identify Sen. Harris’ strongest moments because she optimally accomplished so much with each statement. I think the quality of her performance Tuesday night calls for a point-by-point breakdown. So, I’ll try my best.

First, a snapshot of her game: Kamala Harris achieved (and sustainably grounded) position as master of her domain. She scored efficiently. She argued elegantly. She empathized naturally. She outclassed all opponents through a sheer display of self-possession. Her touch and tact, sincerity and sophistication, reflected a clear, robust understanding of the complex situational dynamics at play. Successfully capitalizing on each opportunity, Sen. Harris occupied and punctuated her time cerebrally — and, she protected her time as well. Time and again, the poise and ease of her stage presence exampled presidential command.

What stood out most in Sen. Harris’ opening statement was her facility in seamlessly and vividly connecting the dots of Donald Trump’s devastation. Moving from the great Maya Angelou’s perceptive insight about “listening to somebody when they tell you who they are the first time,” and Trump saying that he could shoot someone on Fifth Avenue and get away with it to the democratic visions of America’s framers, Harris diagnosed the disease (Trump) and offered the right solution (checks and balances) in a context conducive for unity: “Our system of democracy.”

Regardless of an individual’s background or ideological preferences, most Americans value our self-corrective democratic system of government. Also strong and cleanly executed was the way Sen. Harris noted, at the outset, how her experience as a progressive prosecutor uniquely positions her to read Trump like a children’s book: “I know a confession when I see one.”

Harris’ second statement, once again, showed her to be not just the adult in the room, but a candidate fundamentally committed to fighting for the most vulnerable amongst us. Directly and poignantly, she issued perhaps the most imperative observation in the entire debate: “This is the sixth debate we have had in this presidential cycle and not nearly one word, with all of these discussions about health care, on women’s access to reproductive health care, which is under full-on attack in America today.”

Republican legislatures need to keep their hands off of women's bodies. #DemDebate pic.twitter.com/YVywwyu1vY

After the applause, Harris made no bones about getting to the heart of the matter. Her passionate, thoughtful expression embodied the frustration of women across America as well as her steadfast determination to resolve this crisis once elected.

I can’t say that I’m surprised by this example of moral leadership, but I am very grateful.

I also want to acknowledge Senator Cory Booker for accentuating and building on Senator Harris’ remarks by reminding us that “women should not be the only ones taking up this cause and this fight.”

Back with more firepower, Harris, in all of her brilliance, took an abstract (relatively dry) question about a wealth tax and turned it into an incredibly powerful account that gripped me in a very personal way. She described how her mother would sit at the kitchen table, late at night, trying to figure out a way to provide for her daughters, and she spoke about fathers doing everything they could to support their families and meet the bills at the end of the month. It just so happens that the challenges Sen. Harris gave voice to encapsulate my own father’s experience through much of my life. What moved me most in that moment was the depth and calm of her concern. Her solicitude felt durable and unadulterated — like it could withstand the messiness of political conflict and the harshest reality of any setback that might come with being president.

Her resolve gave me confidence as I marveled at the power of her light to uplift.

It was at this point that I thought to myself, the moderators, just on the basis of her performance thus far, will have to find a way to prioritize her inclusion.

Despite their failure, her performance only elevated. At her next opportunity, Sen. Harris exemplified peak preparedness, using feminine pronouns to capsulize a commander-in-chief’s responsibility to “concern herself with the security of our nation and homeland” before following through with a lucid, compact, and highly detailed answer that named names, delineated the most relevant ramifications, and specified her intention to “stop this madness,” under a Harris administration.

Following that, Harris attained perfection, offering an impeccable response to Anderson Cooper’s gun control question about “enforcing a mandatory buyback.” She exhibited complete control in her ability to deliver a thorough, colorful, and well-paced answer without error. This response from Senator Harris belongs on any shortlist of captivating, exemplary presidential debate moments.

With patient equipoise, Harris held her powder as a number of candidates bent over backwards to throw their hardest blows at Senator Elizabeth Warren. Once their energy was spent, Harris rose to the occasion with characteristic confidence and self-direction. “No, I don’t agree with that at all.” Harris proceeded to skillfully press Sen. Warren to agree that Trump’s twitter account should be suspended. Upon being interrupted, Senator Harris firmly (and appropriately) impressed her dominance: “I’m not finished.”

With little recourse, Warren fumbled, scurried to evade the question, and barely escaped entrapment by way of moderator interference.

In Harris’ penultimate declaration, she held forth assertively and decisively on reproductive rights, beginning, “My plan is – as follows…,” and ending, “It is her body. It is her right. It is her decision.” Put simply, Harris seized this opportunity to definitively declare her commitment to ensuring that all women have the right to determine what they do with their bodies, and explain precisely how she would enact such justice.

To round out the night, Sen. Harris separated herself from the pack emphatically once more by answering the final question about friendships with political adversaries swiftly and without mishap. While every other candidate meandered and several appeared to be searching for an answer as they spoke, Harris replied immediately: Probably Rand Paul. What is more, she gracefully culminated her closing remarks with personal power and inspiration by telling her own story, and explaining that if Donald Trump had his way, her story would not be possible.

Unfazed by bias and seemingly unbothered by every obstacle, Kamala Harris accoladed a feat of prowess for the history books. While I am not the least bit surprised, I am both proud and supremely delighted.

Zachary R. Wood is the author of Uncensored: My Life and Uncomfortable Conversations at the Intersection of Black and White America.