An Overabundance of Fast Food: Food Swamps Are the New Food Deserts 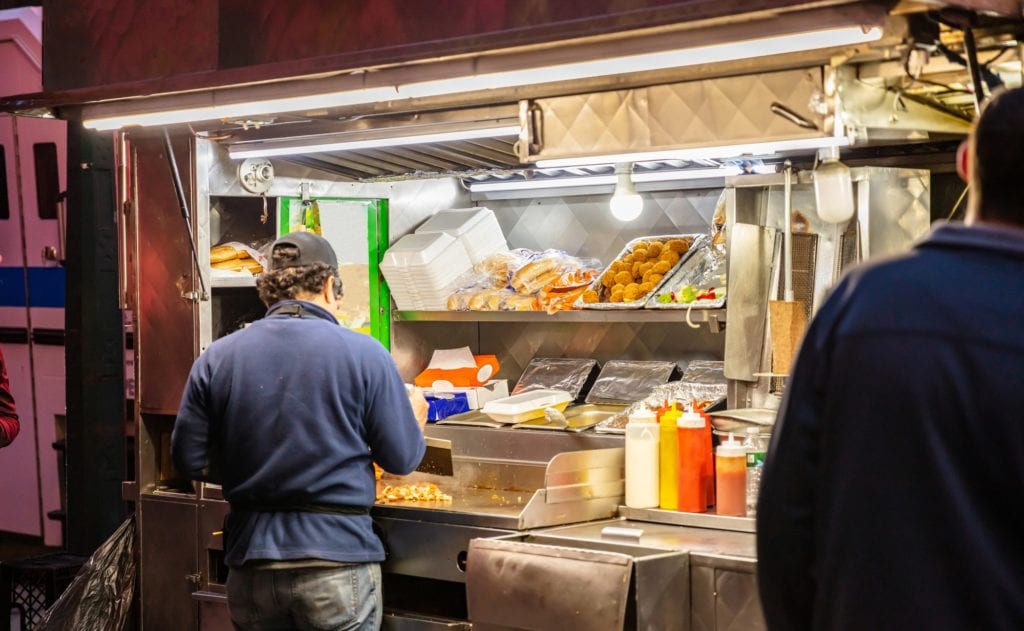 A homemade salad isn’t a realistic option when you have to walk more than a mile to buy ingredients. For millions of people living in low-income communities, it’s more likely they’ll just order a fast-food burger. They live in areas known as “food swamps,” and it’s a growing threat to health throughout the United States.

Compared with the better-known “food desert” phenomenon of areas lacking fresh, healthy options, food swamps are places where unhealthy foods are more accessible than anything else. Unhealthy options outnumber healthy alternatives by as much as four to one in these areas, according to a report in the Boston Globe.

Together, the problems that both food swamps and food deserts create require creativity to overcome, and social workers and nonprofit agencies across the nation are focused on untangling these issues.

A Closer Look at Food Swamps

The United States Department of Agriculture (USDA) stipulates that food deserts are areas with poverty levels of at least 20% where a minimum of either 500 people or 33% of the population lives over a mile from the nearest supermarket.

While food swamps can occasionally overlap with food deserts, they are usually separate. Food swamps, according to the USDA’s definition, are communities where fast food and junk food are overwhelmingly more available than healthy alternatives. This is most frequently caused by chain restaurants and corner stores that stock unhealthy, processed foods.

The spread of food swamps in recent decades has been staggering. A national study by the Federation of American Societies for Experimental Biology found that 60% of the calories Americans buy are from highly processed foods. An article in The Guardian reported that, in many places, drug stores are selling more food than grocery stores are, and that food is typically pre-packaged and lacks nutrients.

To understand the power of food swamps, it’s necessary to study the daily meal choices made by their residents. In 2011, the Journal of the American Medical Association published a 15-year study showing that the presence of supermarkets doesn’t make residents more likely to buy fresh fruits and vegetables. This was especially true for men, who tended to choose quick, processed meals.

The reasons for these unhealthy choices were varied; advertising, cultural norms, and affordability were all factors. While the study focused on food deserts, the findings underscore the concerns with food swamps. There may be healthier options, but most would choose unhealthy options when the unhealthy options are more plentiful.

Food swamps are even more of a problem in neighborhoods where there is greater socio-economic disparity. A study published in the International Journal of Environmental Research and Public Health said that “low-income and racial-ethnic minorities are more likely . . . to live near unhealthy food retailers, which has been associated with poor diet.” Those retailers often pack the shelves with processed snack foods, and the Journal of Obesity & Weight Loss Therapy found that the amount of shelf space stores reserve for snack foods is associated with higher BMI scores in the neighborhoods those stores serve.

In the larger picture of food swamps and deserts, food swamps have been found to be more directly connected with obesity and other health concerns than food deserts, according to a study published in the Journal of the American Medical Association. Poor food choices impact more than just the waist line, though. Heavily processed foods rich in fats and sugars can lead to chronic inflammation and unbalanced gut microbiome, which early research has indicated may have a negative impact on brain chemistry. This negative impact can result in mental health issues including depression, anxiety, and an inability to regulate mood.

Moreover, poor diets can result in other health concerns, such as diabetes and cardio-vascular disease. Heart attacks, strokes, and diabetes-related problems cost patients millions in medical bills every year. For residents in low-income communities, this perpetuates the cycle of poverty through increased debt and financial stress.

The complex problem of food swamps isn’t easy to solve, but groups have been implementing different initiatives. Often, collaboration among public, private, and nonprofit agencies has been necessary to effect this much-needed change. For example, a group called Healthy Retail SF has partnered with 1,150 mom and pop stores in San Francisco’s Tenderloin District to add more healthy and affordable food options to its food swamp.

In Baltimore, new programs have moved farmers’ markets to the city center. These programs have also implemented new measures that allow food vouchers to be used at these markets to encourage the consumption of fresh fruits and vegetables for low-income seniors.

Meanwhile, The Food Trust has been working in a food swamp in Philadelphia to provide education in schools and communities about cooking healthy meals. They’re also advocating for initiatives that let SNAP recipients get more for their money when they make healthier food purchases.

In the food swamps of Washington, D.C., a group called D.C. Central Kitchen is stocking shelves of corner stores with fresh-cut fruit and ready-made meals with healthier ingredients. Another collective, called D.C. Urban Gardeners Network, has been making a push for more agricultural gardens throughout the city.

Food swamps are a pervasive and complicated issue in neighborhoods throughout the United States, and social workers are continuing to study their causes and explore new remedies. If you’re interested in helping resolve food swamps, food deserts, and more consider earning an online bachelor of social work from Malone University Online. Our program provides field instruction, giving you the opportunity to gain valuable hands-on experience. Working alongside our exceptional faculty, you’ll gain the mentorship and guidance you need from seasoned professionals with years of real-world experience.

Spot a Scam: How Job Seekers Can Protect Themselves from Online Employment Fraud