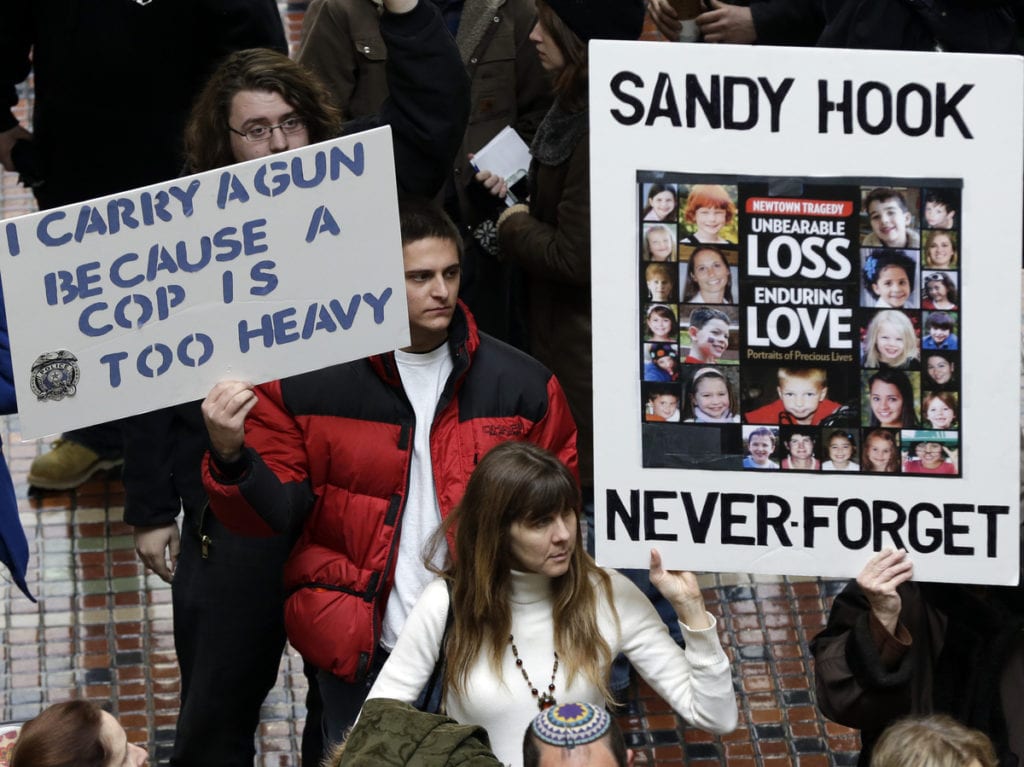 BUFFALO, N.Y. – Two University at Buffalo social work researchers are part of a four-member team that has co-edited a special edition of the journal Health & Social Work, released this week as a hard copy, dedicated to addressing the understudied area of gun violence.

This issue’s focus and the contributions from the editing team and other researchers begin to fill a gap in the social work literature stifled by reasons that include a federal ban in place for more than 20 years that prohibits funding research related to gun violence. It prevents the Centers for Disease Control and Prevention from receiving funds that advocate or promote gun control, according to the public law enacted in 1996.

But Mickey Sperlich and Patricia Logan-Greene, both faculty members in UB’s School of Social Work, say that addressing gun violence does not necessarily mean addressing gun legislation. With colleagues Mark Kaplan, a professor of social welfare at UCLA, and Karen Slovak, a researcher at Capella University, the team is beginning the work necessary for the discipline of social work and its researchers, clinicians, and practitioners to comprehensively examine and discuss gun violence.

“Even without changing a single policy, I think these are important conversations for anyone involved with significant issues affecting clients and communities,” notes Logan-Greene, an associate professor in the School of Social Work at UB.

And social workers, whose mission is to “enhance human well-being and help meet the basic human needs of all people,” according to the National Association of Social Workers, have an obligation to start a coordinated effort that speaks directly to gun safety, the researchers say.

“Issues related to gun safety come up whenever there is a mass shooting or other incident of gun violence, but they quickly submerge,” says Sperlich, an assistant professor of social work at UB. “This has to be a sustained public health concern that looks at how social workers are talking with their clients about access to and safe storage of guns.”

Currently, social workers have little clinical guidance to inform the topic and many in the field might be unprepared to respond to at-risk populations.

That reality surfaced as Logan-Greene prepared for a course on gun violence and found almost nothing in the social work literature. A conversation with Sperlich led to a roundtable discussion at a conference with Slovak, who works on developing interventions with clients about gun safety, and Kaplan, with his expertise in gun-based suicides.

The four co-editors collaborated on an editorial that addresses gun violence as a social work imperative, and articles in the special issue address interpersonal gun violence; firearm safety laws and their impact on homicide rates; firearm control policies and suicide; a review of community-based gun violence prevention; and an article that describes the methods of social workers currently involved in community violence-prevention initiatives.

“I’m hoping that this issue will spark more social work interest in the topic,” says Logan-Greene.

Working on the issue has already expanded the scope of discussion for Sperlich.

“I’m having these discussions more with my students,” she says. “Even though this issue is highly polarized, there is a middle ground where people can meet.”