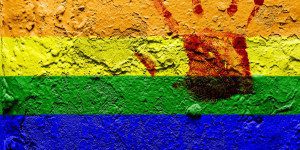 On June 26, 2015, the Supreme Court ruled that all couples, regardless of gender, have a constitutional right to marry the person they love. After the ruling was announced, states across the nation were forced to drop their bans on same-sex marriage allowing loving gay, lesbian, bisexual, and transgender couples the right to marry. The […]

More Common Than Not: Sexual Violence Among LGBTQ Persons