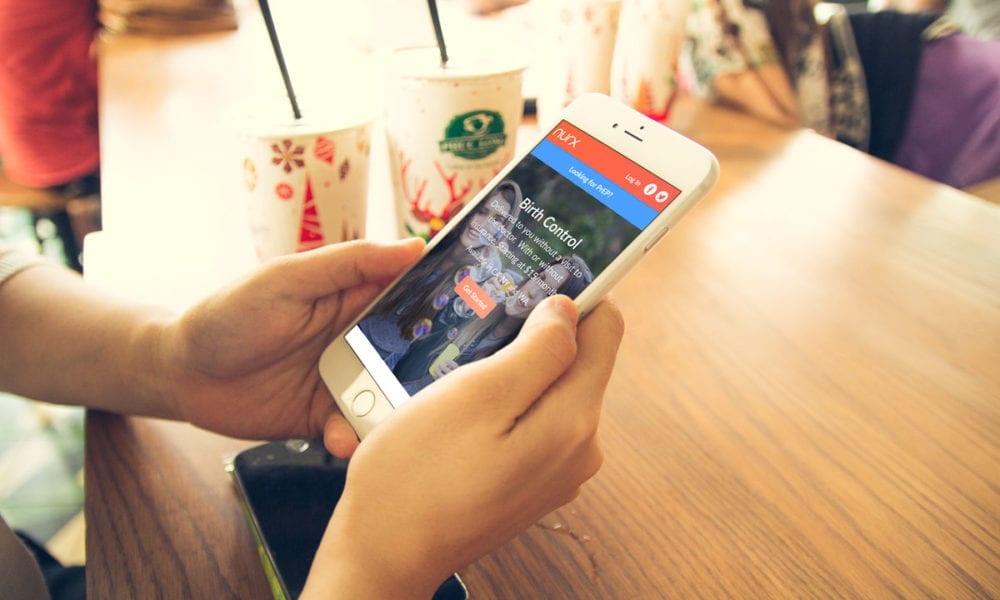 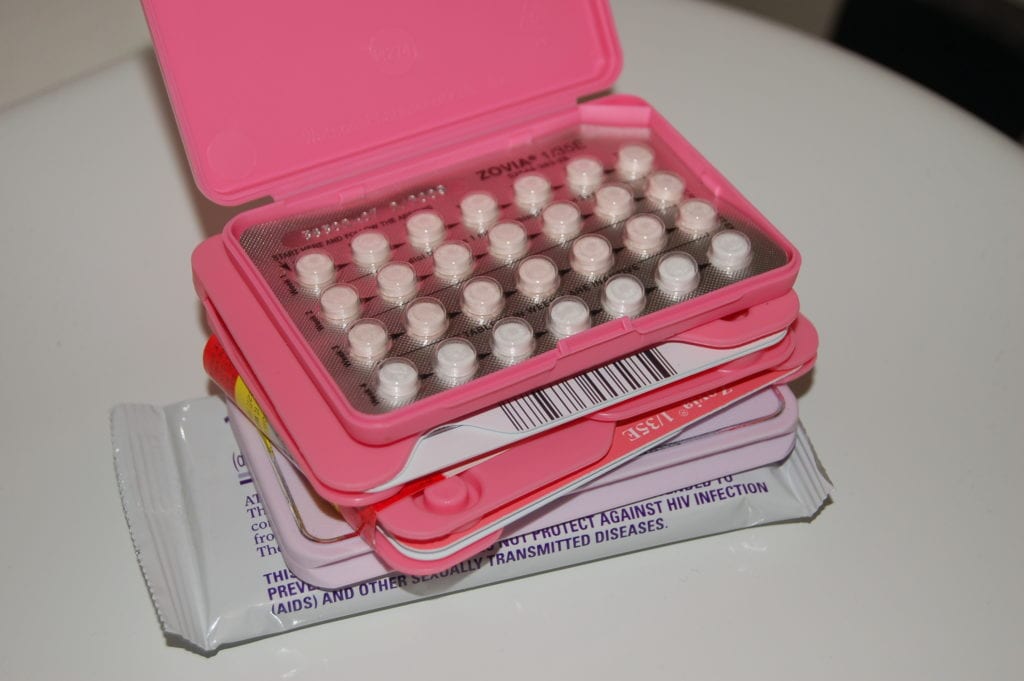 Earlier this month, the administration rolled back the ACA mandate that required the full cost of birth control to be covered by insurance. Under Trump’s agenda, employers can opt out of providing this coverage for “religious” or even “moral” reasons, impacting hundreds of thousands of women.

Nurx, makers of the birth control app, are offering new users up to two months of free birth control with the promo code ‘CHECKYOURFACTS’ today until the end of the year. The telemedicine start-up and mobile health platform makes birth control and PrEP (pre-exposure prophylaxis) more accessible to everyone through partnerships with physicians and in compliance with the Health Insurance Portability Act of 1996 (HIPPA).

Recently, anti-abortion activists have become increasingly vocal against Nurx’s expansion into conservative states. The attacks have been made specifically to the app’s ability to prescribe emergency contraceptives to minors without a parent’s consent.

NC Coalition for life said in a statement “Nurx is dangerous, because it provides another way for children under the age of 18 to obtain contraceptives without the knowledge or consent of their parents.” However, Nurx defers to state laws surrounding minimum age for birth control prescriptions which in some states is 12 years of age.

This recent expansion falls in line with Nurx’s mission to provide safe, affordable and increased access to contraceptives and emergency contraceptives.  The Centers for Disease Control and Prevention credited increased access to low-cost services as a contributing factor to the overall decline in teen and unintended pregnancy rates nationwide. But according to the National Campaign to Prevent Teen Pregnancy, more than 19.7 million females ages 13 to 44 reside in “contraceptive deserts” and lack reasonable access to public clinics that provide birth control. This is defined areas with at least one clinic or provider for every 1,000 women.

“Research shows that the easier and more affordable birth control is, the more women will use it,” said Dr. Edvard Engesaeth, co-founder of Nurx. “Individuals should not have to jump through unnecessary hoops in order to access care. With Nurx, we are changing the way birth control is issued and accessed and allowing women to get the care they need on their own terms.”

New users will receive a $30 credit or two months of no-cost birth control with the promo code. After choosing their birth control brand and type, users answer a few questions and enter their shipping and insurance information for a licensed physician to review. Once the review is complete, the doctor will issue and fill the prescription, which will be delivered on-time and at no additional cost. The promo code ‘CHECKYOURFACTS’ can be entered during checkout until 11:59 PM (PT) on December 31st, 2017. 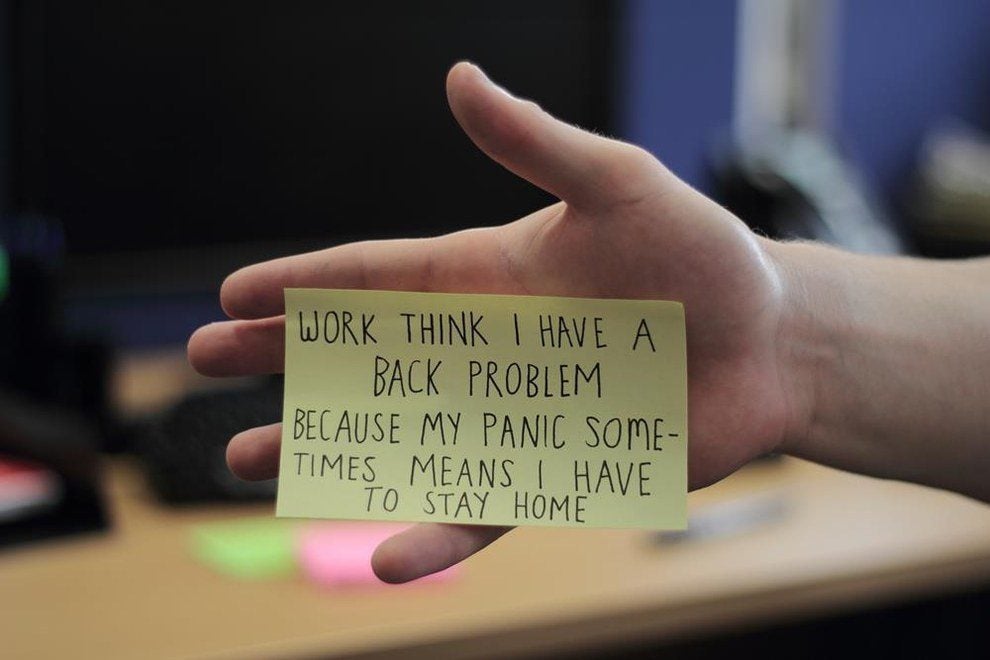 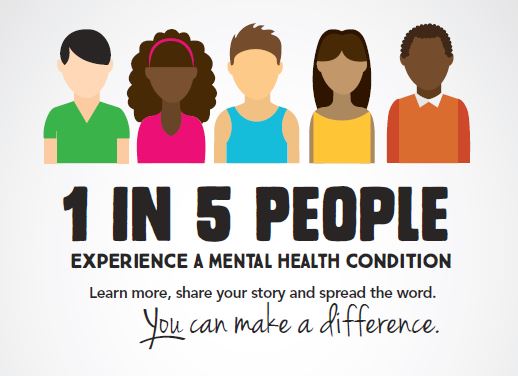 When increased concerns about a mental health condition arise, friends, family and/or Google are often the first to be consulted. Varying responses from getting counseling to hospitalization may be suggested as the potential solution, but what roadblocks may be encountered before an intervention can be decided? There are many things to consider on the journey to mental wellness, but there are also several pitfalls to look out for.

The unfortunate truth is that most people are terrified of being discriminated against in their employment or unjustly targeted by the police because of their mental health status. According to current data, individuals with a mental health condition are more likely to encounter law enforcement than receive professional treatment. Too often, the public’s education on mental illness is learned from misrepresented portrayals of mentally ill individuals as violent criminals by the media.

Adult patients have the right to refuse treatment. This may become a major barrier and challenge for parents with adult children who need treatment. Current laws require an individual to be a danger to themselves or third party in order to qualify for an involuntary committal. Typically, commitment of a mental ill individual is avoided unless a determination has been made declaring them to be dangerous. Unfortunately, loved ones of an individual struggling with mental illness who have refused treatment have very limited options available to them.

The rising cost of prescription drugs, high co-pays and deductibles in addition to limited and uncovered mental health services may be the deciding factor in whether someone seeks treatment. According to a 2011 study in the journal Health Affairs, the United States spent 113 billion dollars on mental health treatment which was only 5.6% of national physical health-care related spending. Most importantly, the majority of those dollars went to prescription drug costs as the primary treatment for the mental health condition. Even though the Affordable Care Act has pushed the uninsured rate to an all time low, approximately 27.3 million Americans still are without insurance. Also, in surveys measuring the effectiveness of the ACA, responses suggest high deductibles and out of pocket costs still remain the biggest barrier preventing individuals from seeking mental health treatment.

Some people may give up on pursuing treatment because they don’t believe therapy is working for them. Could it be possible the right type of therapy was not introduced to improve their mental health needs? It could happen. There may be several therapists and/or several medications tried before finding the right combination to yield the best results. When it comes to mental health treatment, there is no one size fits all treatment, and any wellness plan must be tailored to fit the needs of the individual seeking treatment in order to help them achieve the best outcomes. Before choosing a counselor or therapist, there are many factors to consider before making a decision such as their cultural background, spiritual philosophy, and competencies in order to increase the odds of a better fit. 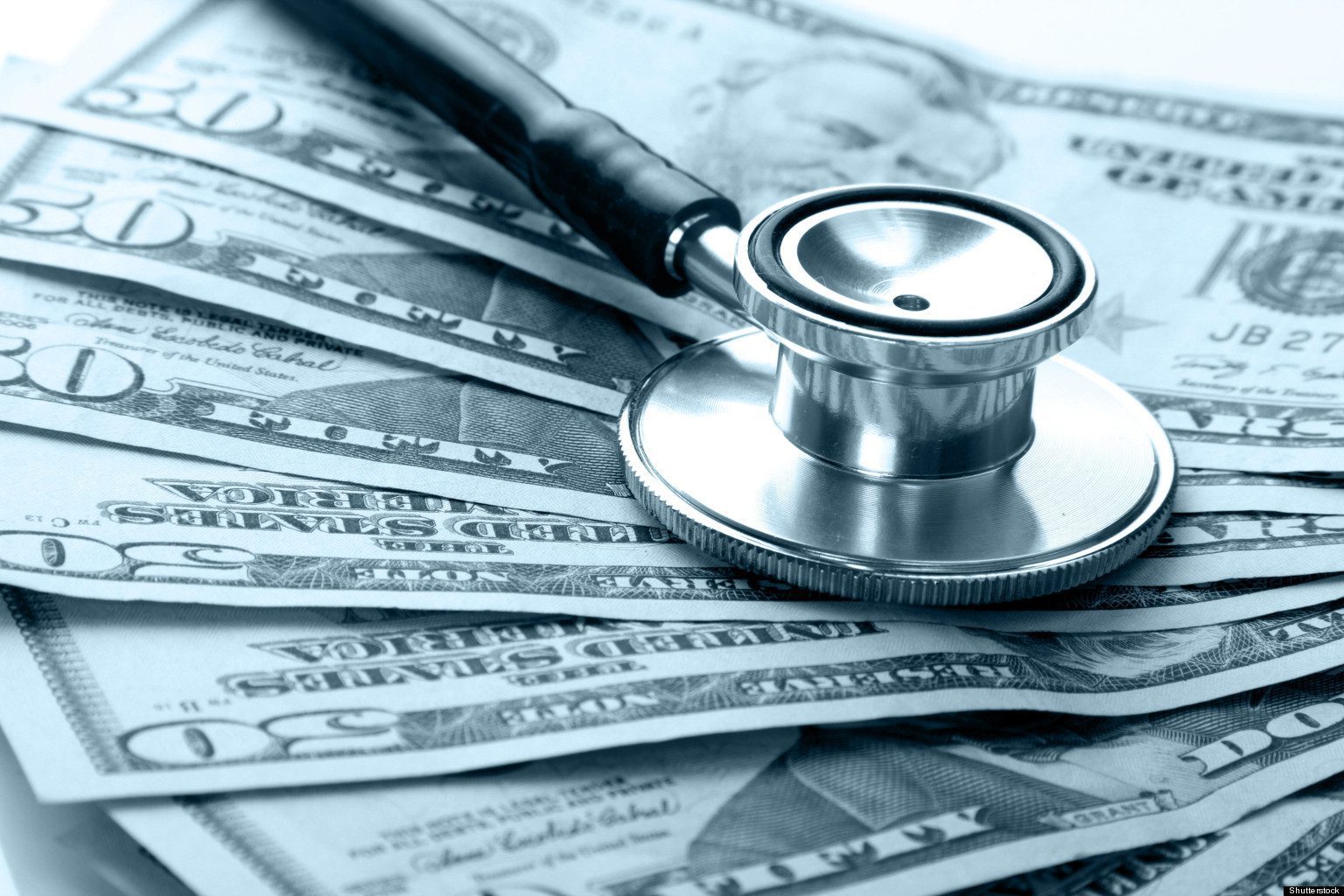 Since the United States is a very rich nation, many would like to believe Americans are healthier and better off with their public healthcare system compared to their European counterparts. On the contrary, when it comes to public or universal healthcare access, the US lags behind even medium-developed European countries; what more the truly advanced like the UK, France, Belgium, and Germany?

European countries have national healthcare insurance systems that cover for fundamental health conditions and basic services. While some countries provide some of these services absolutely free of charge, there are certain instances when such services will be charged with a small fee for the patient’s participation.

Is there any other benefit to living in Europe and enjoying its public health care system rather than in the US? Yes, excellent healthcare is also related to life expectancy. The better the health care received by the nationals and residents of a particular country, the longer is the life expectancy of the people of that nation. The United States has an estimated life expectancy of 79 years old as of 2016.

In Europe, the Principality of Monaco has the highest life expectancy at 89.47 years old. There are also 19 other European countries that have a life expectancy rating of more than 80 years old. These include San Marino, Andorra, Italy, Liechtenstein, France, Spain, Sweden, Switzerland, Iceland, the Netherlands, Ireland, Norway, Germany, the UK, Greece, Austria, Malta, Luxembourg, and Belgium. The US ranks No. 53 exceeded by Taiwan and slightly above Bahrain.

Interestingly, Europeans particularly those who live in the European Union or the European Free Trade Association, are among those wiht the highest life expectancy. This is due in part to the unified effort of the European Economic Area to provide public healthcare access to anyone who has a valid European Health Insurance Card (EHIC). With this card, people in European nations are able to obtain the same quality of healthcare that nationals of a particular member nation are entitled to.

This is something that is clearly missing in the US healthcare system. However, hope is not lost because the US now has the Affordable Care Act which is supposed make health insurance compulsory for everyone. Unfortunately, the fate of the limited universal public healthcare program of the US now rests on President Donald Trump and the Republican controlled Congress.

True, the US may be wealthier, and they may have the most advanced healthcare technologies but if only a few people can access these services, what’s the point? A much better model is the European system of public health care in which the US now officially recognizes as essential to the health of its citizens. 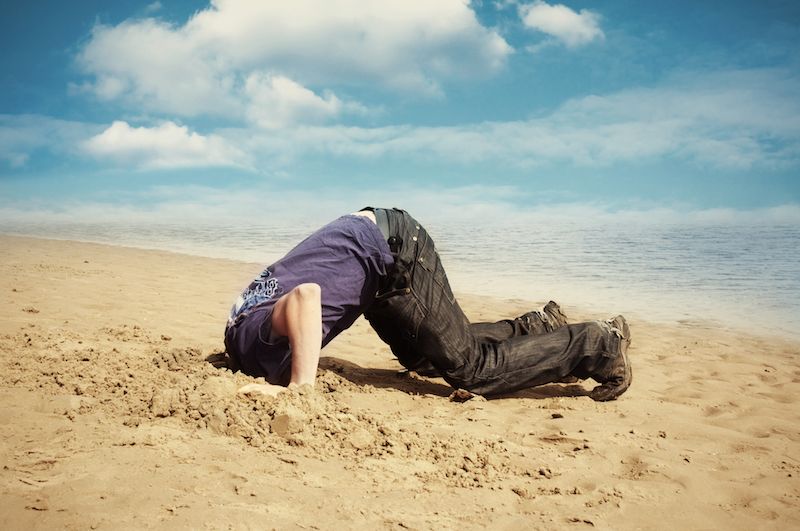 I attended a workshop on accessible employment recently and was reminded, as I’ve written about before, what a fraught topic employment is these days — for anyone, let alone those with access needs.

As welfare states come crashing down around the (western) world, the demand for employment and requirement to be employed increase. New Zealand’s welfare lexicon has changed from “beneficiary” to the default “jobseeker”.

Meanwhile industry and technology improves, meaning more machines, computers and robots do more and more jobs for us. I mean, that has been the whole idea of industrial and technological revolutions, hasn’t it? To decrease the need for humans to do stuff.

But, it’s like the world hasn’t quite caught up with itself. There are fewer things to do, but more pressure than ever for us to be gainfully employed. It’s all a bit Stupid, with a capital S, as Bernard Keane and Helen Razer might ubiquitously insist.

UK Research exploring “the future of work and how jobs, and the skills needed in the workplace, will change by 2030”, gives the following key messages:

(Key findings, The future of work: jobs and skills in 2030, UK Commission for Employment and Skills, p24-25)

If the world’s idea of employment were an ostrich, its entirety is well buried in sand, not just its head. We’re hardly thinking about these things — and we are far from conversing about them. Things like:

These questions are fascinating to me, but I’m fairly sure they terrify many. But we’ve got to start using them to lead our conversations about employment in the future.

Quite simply the question, “How do more people become employed?” is not an adequate level of inquiry anymore. To meet the huge diversity, complexity and change that is ‘careering’ towards us in the next 15 years, we need to be asking, “What is employment becoming?” and “Who are the employees and employers of the future?”

But, most importantly, we need to grapple with this one: “What will become the valued, dignified alternatives to employment?” Because there will be more and more people, with and without access needs, seeking them out.