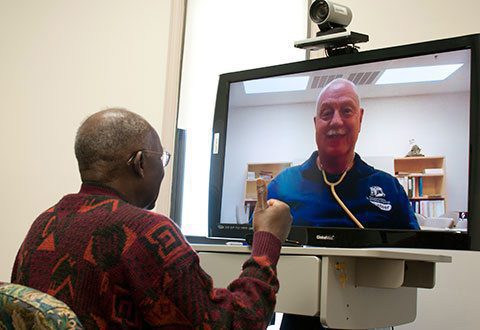 Military members comprise less than 1 percent of the U.S. population, yet veterans represent 20 percent of suicides nationally, according to the National Alliance on Mental Illness. Each day, about 22 veterans die from suicide.

An issue affecting mental healthcare for veterans is accessibility. In the spring of 2014, the U.S. Department of Veterans Affairs (VA) wait time scandal emerged when allegations surfaced of veterans dying while waiting for care at the Phoenix VA Health Care System, according to Military Times. Wait time issues and manipulated appointment scheduling highlighted a nationwide problem and resulted in several top officials resigning or retiring.

Nearly one in four active duty military members show signs of a mental health condition, based on a study in JAMA Psychiatry. With 44 percent of veterans returning home from Iraq and Afghanistan to rural zip codes, accessibility becomes an important topic for veterans’ mental healthcare. This is a natural strength of telemental health services, which can include clinical assessment, individual and group therapy, educational intervention, cognitive testing and general psychiatric treatment.

The first telemental health program funded by the VA’s Office of Rural Health is at the Portland VA Center in Oregon. Through telemental health sessions, veterans saved 826,290 miles driven and $161,126 worth of gasoline in 2013, program director Mark Ward said. Some veterans who live far from Portland and lack high-speed internet are given electronic tablets and notebooks for videoconferencing.

Telemental health can increase veterans’ access to services and eliminate travel. Another benefit is that telemental health can help veterans overcome the perceived stigma sometimes associated with seeking mental health treatment. Veterans who might feel embarrassed or ashamed to get help in person can receive care in their home.

Telemental health has made progress in improving accessibility for veterans’ healthcare, and it will be needed to make further ground. The Government Accountability Office found that 18 months after the wait time scandal, the VA still struggled with wait times and patients’ schedules.

The Need for Behavioral Health Professionals

Approaches such as telemental health can support better access to behavioral healthcare and are expected to grow as a result. Yet, more professionals are needed for rising populations of veterans, children and others in need of services.

The online B.A. in Behavioral Health from Alvernia University enables students to meet this need. Some graduates enter fields such as addiction counseling, long-term care and child welfare, while others enter graduate studies. The program takes place in a convenient online format to accommodate students’ work and personal schedules.