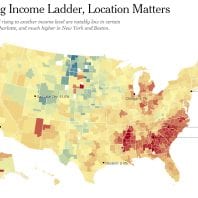 New Research, analyzing census data and other quantitative data sources, shows that children in the south face the steepest climb when attempting to escape poverty. The ability to move up the income ladder, otherwise known as income mobility, is a reliable measure of economic mobility or the ability to change one’s overall economic status. New research by Raj Chetty, Nathaniel Hendren, Patrick Kline, and Emmanuel Saez, sponsored by the University of California Berkeley and Harvard, looked at how tax expenditures affect inter-generational income mobility.

The main part of their research involved looking at the income of adults (30 or older)  in comparison to the income of their parents. The research paints a startling picture of trying to escape poverty and climbing the income ladder. When it comes to economic mobility, being born in the right part of the country definitely helps.

The study — based on millions of anonymous earnings records and being released this week by a team of top academic economists — is the first with enough data to compare upward mobility across metropolitan areas. These comparisons provide some of the most powerful evidence so far about the factors that seem to drive people’s chances of rising beyond the station of their birth, including education, family structure and the economic layout of metropolitan areas. Read full New York Times article 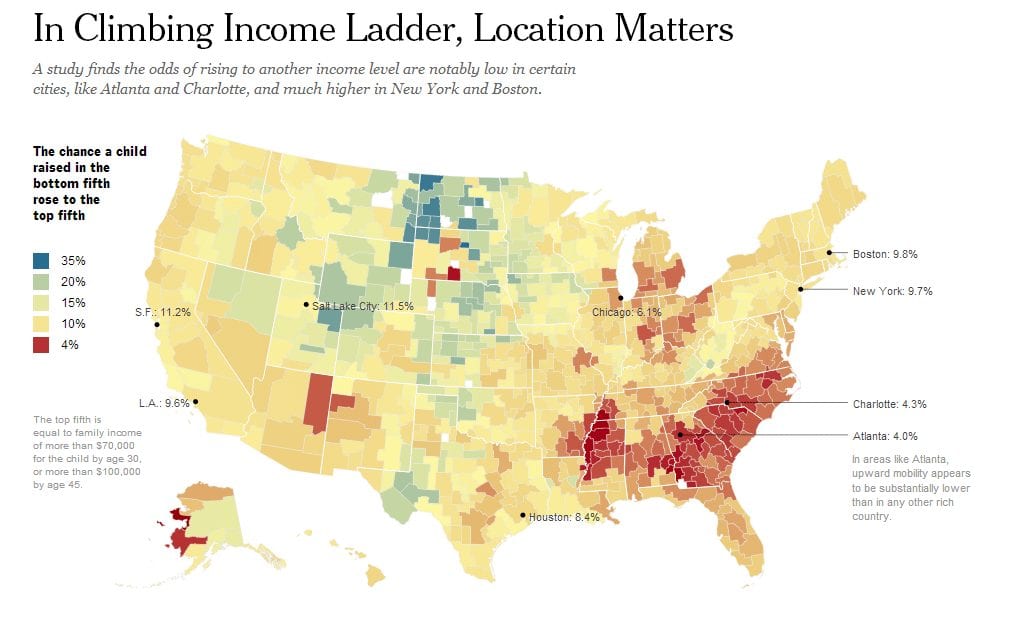 In southern Cities like Atlanta, a child born into a family in the 20th percentile ($25 K) or lower will on average will only climb to the 35th (42 K), and only 8 % of children at this level will ever be considered a top earner at $107 K or more. Atlanta though isn’t the worst place for income mobility, in the greater Eufaula area of Georgia a child only has a 2.7% of climbing from the bottom fifth to the top fifth of the income distribution. Georgia, Louisiana, and the Carolina’s have the lowest rates of income mobility.

The New York Times article includes interactive maps where you can view the income mobility rates for different areas and starting income levels, to see what the average earnings a child from that background will have by the time they reach 30.

So what does all this mean? It means that economically disadvantaged families in the south are less likely to escape the cycle of poverty than families in the midwest, northeast, or western parts of the country. Notable exceptions to this include the areas near: 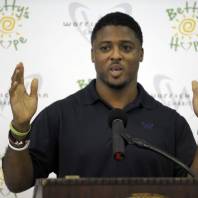 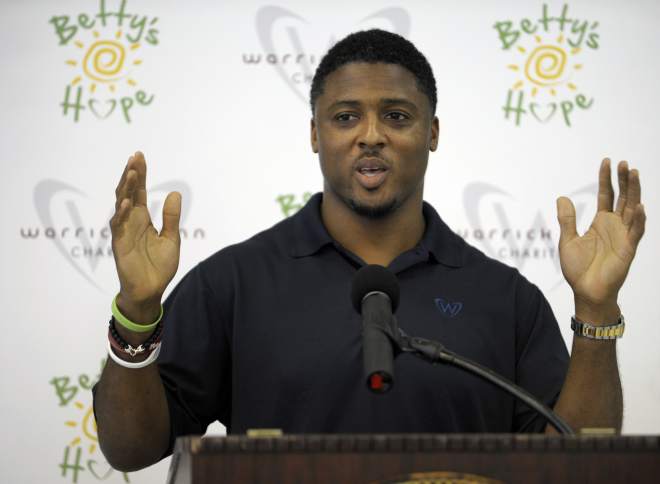 Former NFL star, Warrick Dunn, is mostly known for his athletic ability. During 12 seasons in the NFL, Dunn was selected to the Pro Bowl, 3 times, and he was also the Rookie of the Year in 1997. As a rookie in the NFL, Dunn instantly decided that his true mission was to help underprivileged families. During his rookie campaign in 1997, Dunn organized the Homes for the Holidays(HFTH) program. The HFTH program rewards single-parent families for reaching first-time homeownership.

In 2002, Dunn started the Warrick Dunn Charities which has partnered with Habitat for Humanity and Aaron’s Rents to provide families with completely furnished homes, food, and personal supplies. Since their establishment, the HFTH and WDC  programs have assisted over 115 single parents and over 300 dependents in Atlanta, Baton Rouge, Tampa, and Tallahassee.

Dunn’s inspiration to be active in charity came from his mother Betty Dunn Smothers. His mother, a police officer, had dreams of owning a home to provide for her, and six children were never reached because she was killed while on duty. His mother inspired him through every positive decision he has made in life since her tragic death. In July 2012, Warrick Dunn Charities launched Betty’s Hope, a children’s bereavement program that works to empower youth as they manage their grief in a responsive environment to heal and enhance their quality of life.

Dunn’s hardships have molded him into a highly motivated person who wants to prevent children, and families, from going through the rough times that he and his own family endured. Most former NFL players take jobs in the media or stay out of the spotlight.

Dunn was inspired to continue helping families grow and providing housing to single-parents through the Home for the Holidays, and Warrick Dunn Charity programs. Dunn is still inspired by his mother’s dream, which motivates him to push harder for himself, and hundreds of families. Check out the link below for more information on Dunn’s charity programs.