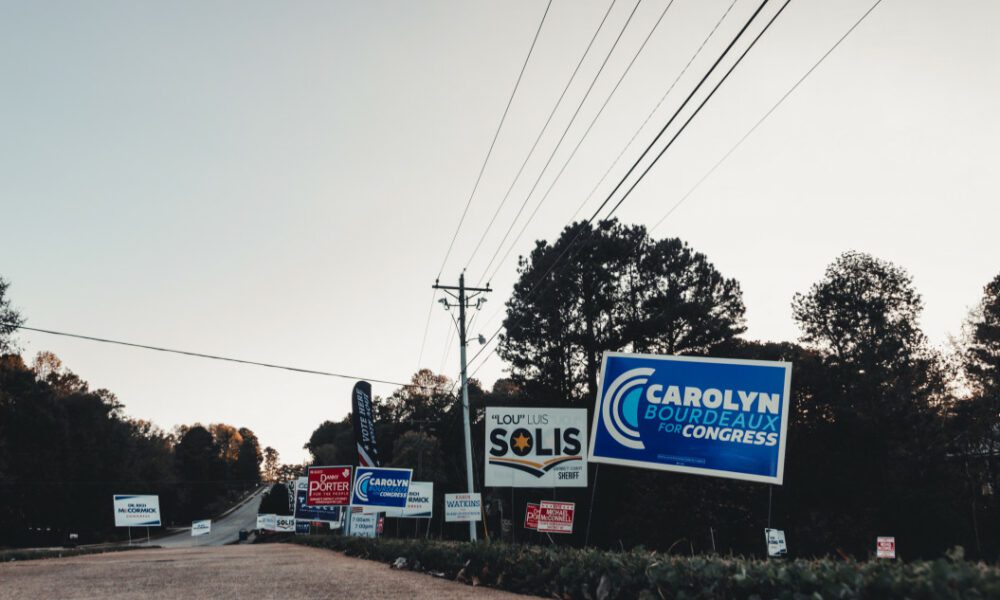 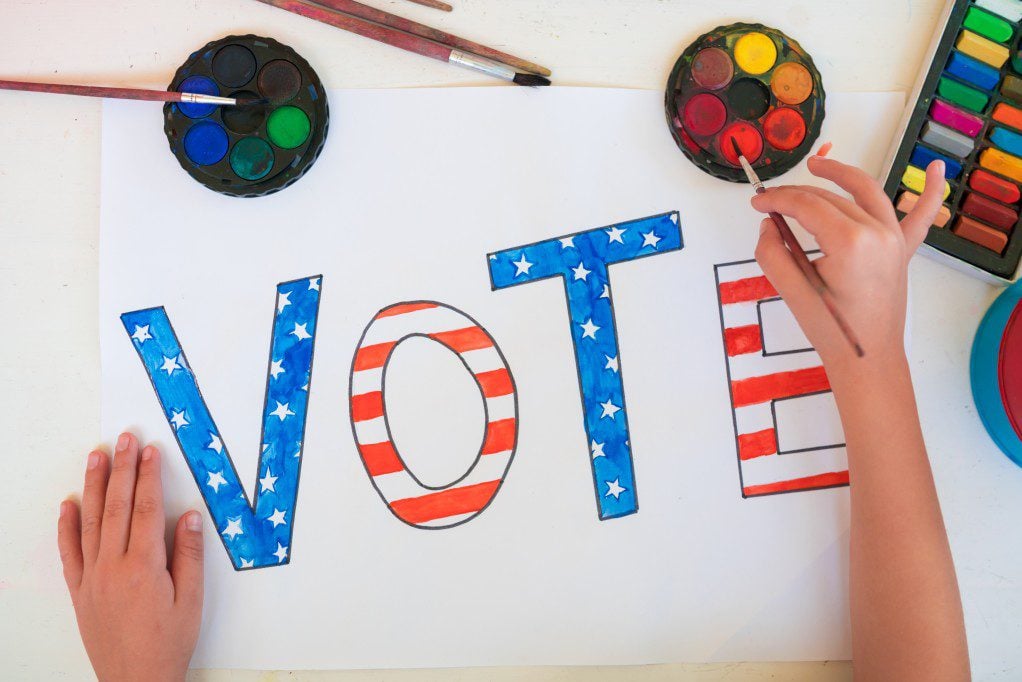 Ideally, local governments as the smallest jurisdictions in the American political system allow citizens to engage in a direct and substantive way. Local elections are one way this happens, as citizens select about half a million elected officials, one for every 450 adults, to serve in more than 85,000 U.S. local governments. But despite their potential to serve as entry points for average citizens, local elections suffer from the same campaign issues as state and national elections, including issues about the role of money in politics. And reform efforts to date have not done enough to limit the impact of resource disparities among contending candidates.

The Role of Money in U.S. Elections – Including Local Elections

Past research on money in U.S. electoral politics has concluded that raising campaign money is a necessary but not sufficient condition for success. Very few candidates win without spending at least some threshold amount, but spending more than the opponent does not guarantee victory. Candidates cannot actually “buy” an election by spending exorbitant amounts.

These patterns hold true for most local elections as well. Even though the raw dollar amounts are less, on a per-voter basis local elections are just as expensive as state or national contests. In other words, local candidates spend just as much money communicating their message to each voter. In most mid-sized and large cities, candidates need to assemble campaign funds to be competitive. Only in the smallest cities and towns – those with less than 10,000 registered voters – do candidates routinely run successful campaigns without campaign funds. Similarly to state and national elections, though, raising more money than opponents is not decisive. Wealthy, high-spending candidates are common on a local level, but they do not have a great track record of electoral success. A sizable minority of local election victors – perhaps slightly over one-third – prevail despite being outspent by their opponents.

Although it’s easier for candidates to jump into races, local elections are not more competitive than state or national elections – and most local as well as higher-level incumbents win re-election (in one study, 80% of city council incumbents win). In general, local elections resemble state and national contests. Except in scattered small places, they do not live up to their potential to be grassroots, citizen-driven affairs where money has little relevance.

Some cities have implemented campaign finance reforms to limit the influence of money – but without much-proven success:

So what can be done to reduce harmful influences of money in local elections? To answer this question, problems must first be accurately diagnosed. Local candidates need money to pay for advertising, the single largest expenditure for most local candidates. Because so few voters pay much attention to local races, candidates really do need resources to get their messages out. Realistic and effective reforms could aim to reduce, not just donations, but candidates’ need to pay for advertising. Efforts to limit money in local elections are bound to fail without addressing the underlying reasons candidates must raise and spend campaign funds in the first place.

Public funding – whether matching funds, “clean elections,” or Seattle’s Democracy Vouchers – addresses the need to pay for advertising by providing taxpayer subsidies to candidates. Even though this is a reasonable approach, the voluntary nature of these programs limits their effectiveness. Some candidates may join these programs and accept their rules to get public funding so they can advertise, but many may choose to rely on private donations instead. What is more, there is little public appetite for diverting taxpayer money to candidates who fill voters’ emails and mailboxes with appeals and flyers.

A better approach is to reform campaign finance not by limiting the amount of money candidates raise and spend, but by reducing the need for candidates to pay for advertising. This means finding ways to engage citizens in local elections or providing more, and better, information to those who are engaged – or both. So far, efforts such as registration drives and voter information websites have not shown much promise. But there are other experiments that can be tried to enhance local democracy. For example, elections might become more interesting if they involved events to let citizens deliberate over contentious local issues or hear solutions to local problems offered by community groups. Candidates could be asked to reply. Even though it is not clear what can be done to reduce the need for candidates to use paid advertising, reformers should turn their attention to that key expense. Maybe money donated in local politics is not as much the issue as how money is used – and should be used – to maximize citizen interest and engagement. 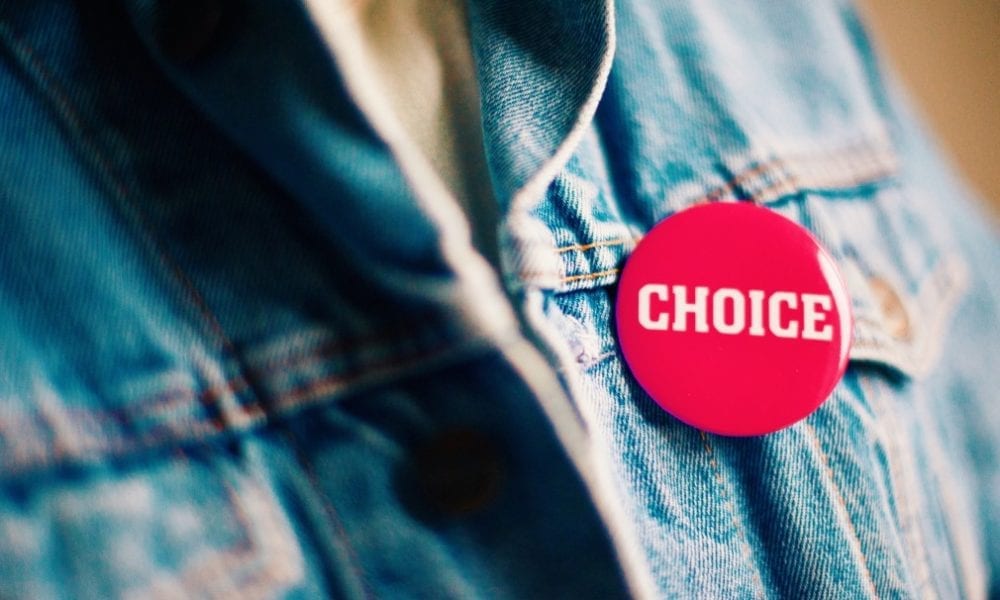 Social workers play many roles. As advocates, change agents, case managers, educators, facilitators, and organizers, Social Workers play an important part in helping people and communities make positive changes in their lives. Despite their under-representation in elected positions throughout the United States, Social Workers are excellently prepared to run with these positions and build a better life for their constituents.

An Understanding of Advocacy

Elected officials represent their constituents. They must be able to understand the needs of those constituents and what it will take to get said needs met. This is the essential element of advocacy and something that Social Workers excel at. While those in other fields also learn to perform advocacy, Social Workers constantly prioritize listening to their clients and trying to understand each individual’s viewpoint.

Running for any elected position requires networking. With a career emphasizing the importance of social connections, many Social Workers are already involved in community groups, advocacy organizations, volunteering, and client service that can help an election campaign. Leveraging networks and connections allows one to more effectively spread their message. This is a huge benefit, both throughout the process of running for election as well as fulfilling the responsibilities of the position.

City Councillors make policy. State legislatures write laws. Most elected officials will be working in some kind of policy writing role that requires an understanding of the impact of their decisions. The accumulated training and experience that Social Workers have makes them excellent in this role. Not only will they understand the direct effects of policies like closing schools during COVID-19 or adding a beverage tax, but they will also be aware of the less obvious effects – for example, how these changes will affect people in poverty.

More than nearly any other career, Social Work requires an in-depth assessment and awareness of personal bias. Considering the diversity of the United States, with citizens from all different walks countries, ethnicities, cultures, and linguistic backgrounds, this awareness of bias is extremely important. Social Workers can use their understanding of cultural competency to establish coalitions of diverse individuals and ensure that all stakeholders truly feel heard in a government environment that frequently does the opposite.

Social workers are sharply underrepresented in these and various other elected positions compared to members of other career paths. Even so, based on their experiences and training, Social Workers could create very positive and impactful changes in these roles. 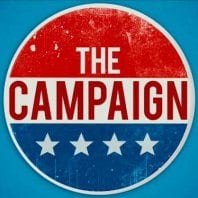 Years ago in a relatively small town, a failed board election campaign was ultimately lost by the candidate I worked for, but it taught me some fundamental lessons about the political process. Even at that level, the lessons mirrored lessons I had learned years before as a failed candidate for high school student council president. These lessons seem even more important in the face of Voter ID laws, Citizens United, and McCutcheon v FEC. Money can be a menace, but ignorance of the process can be just as detrimental.

First Friends
After watching my friend unsuccessfully compete for the school board seat, he had apparently learned something the second time around when he decided to schedule a meeting with the head of the Ministerial Council.

What he did not practice the first time around is the law of first friends. The whole entourage thing that some celebs have going is also a necessity in electoral politics. If you cannot show that you have friends that will hang with you, it is hard to convince groups to support you. The first meeting with the Ministerial Council, my friend called at the last minute to ask if I would accompany him. He said frantically, “We’re meeting at a restaurant”.  They asked if I had anyone to bring with me. I panicked and said your name.” The meeting went well, but the pastors in attendance wondered aloud why our pastor was not a member of the council. Needless to say, the next meeting included our pastor.

The Power of People Knowing You
The naive may think that politics is a simple matter of getting your name on the ballot. “It’s who you know,” they may say. My friend knew how to get on the ballot. But, his miscalculation was what it took to get voters to select his name as opposed to others. “It’s not just about who you know, but it’s also about who knows you.” Another lesson, he learned the hard way.

The second time around, his campaign was top-to-bottom about creating a compelling narrative to inform constituents. He pulled his family along on trips to local churches, soul food restaurants, school PTA meetings, and more. He became a master of striking up conversations with strangers.

The Mechanism of Campaigning
My friend’s run at the school board post was much more methodical the second time around. I had learned the lessons of creating a campaign mechanism as a high school senior. I was well-known in my school of about 1000 students, but being well-known does not make a campaign that requires action.

One morning a couple of days prior to the election, I arrived to school and was greeted at the door by my two challengers each with their own tables handing out ice cream to the student body. It was if I had turned to stone as I watched voters streaming to their tables accepting treats. I have often reflected on that moment as my career has progressed. Never again will I rely on organic development when it matters. I will find ways to connect with people I do not know, and I will never underestimate the power of a small cup of ice cream.

The Reality of Politics
With the fluster around money, the truth can be lost that voters want to be informed and are capable of voting their conscience. It is true that many vote on ideals or out of resistance to a candidate. My friend’s bid for school board was fraught with expenses from filing fees to yard signs to personal donations to charities. Hosting fundraisers was a legitimate support activity. Yet, he was not the pick of the party. It was not just money he was up against. It was an institutional structure.

Even more striking is the change that happens when a voter or a political wannabe comprehends the political entity itself. More than just how a bill becomes a law, how certain individuals in certain positions balance power and protect individual liberties.

At the conclusion of his campaign, my friend notified me that the party so admired his campaign that he had been appointed to another non-elected board position in the city. On that board, he rose to represent the city in national venues.

My failed student council bid resulted in focused work on the class level, and I was invited by the class president to get involved. Most notably, I worked to craft an awareness campaign for a multi-campus radio competition.

From where I sit, both these failures turned successes were accomplished through knowledge of the system, who knew us, but also through someone who was willing to appoint us to important tasks. Our requirement was to make ourselves a target for appointment.