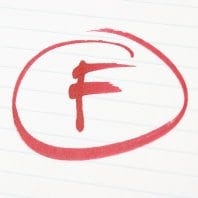 Airing live on CSPAN, Dr. Steve Perry gave a searing speech on the “The Role of A Social Worker” at the Clark Atlanta University Conference in Atlanta, Georgia. He is the founder and principal of a Connecticut school which only accepts first generation, low-income, and minority students.

Dr. Perry received his Masters of Social Work degree from the University of Pennsylvania and has since become a leading expert in education, a motivational speaker, accomplished author, and a reality tv host.

Dr. Perry was adamant that social workers are the key to solving societal problems because we are the first responders for social issues.

However, he also pointed out that social workers are not unionized, tend to be politically inactive, and do not engage in social conversations in the public sphere.

Dr. Perry asserts that our jobs are the first to be cut because we are silent, and taxpayer dollars are being diverted to education budgets for programs social workers should be implementing.

I have listened to Dr. Perry’s speech twice already, and there were many pearls of wisdom that he dropped on the ears of those in attendance and viewing the broadcast. For the most part, I agreed with 95 percent of what Dr. Perry said which is a very high percentage for me.

Now, I am going to share with you my top 5 reasons why I believe social work is failing:

First, it made me beam with joy when Dr. Perry referred to himself as a social worker despite his celebrity status. Most individuals with social work degrees who work in social work settings often refer to themselves as researchers, professors, therapists, or psychoanalysts. The people most vocal about title protection and licensure don’t actually call themselves social workers as if the title is relegated only to frontline staff.

I feel that over time title protection has been convoluted to mean licensed social worker and not a worker with a social work degree. I go in more detail on my thoughts regarding licensure in a prior article entitled, “Licensed Social Workers Don’t Mean More Qualified”. In my opinion, current policies and advocacy by professional associations and social work organizations have fractured the social work community into its current state.

We hail Jane Addams as the founder and pioneer of social work when in fact a story like Jane Addams’ would not be possible today. Jane Addams did not have a social work degree nor did she need a license to advocate, help people organize, or connect them with community resources. As a matter of fact, in today’s society Jane Addams would probably major in gender studies, political science, public policy, business or law.

Social work degree programs have begun dissociating themselves with “casework” connecting community members to resources, and they actually steer students away from these types of jobs. If we are going to pursue title protection, we also need to create second degree and accelerated programs to pull experienced professionals and other degree holders into the social work profession instead of excluding them.

For the past couple of decades, social work has slowly moved towards and is now currently skewed toward being a clinical degree while marketing itself as a mental health profession. Over time, the profession has done a poor job in recruiting and connecting with individuals who are interested in working with the poor, politics, grassroots organizing, and other social justice issues.

Individuals who once flocked to social work to do community and social justice work are now seeking out other disciplines instead. Many social workers who want to be politically active and social justice focused are forced to do so under the banner of a women’s organization or other social justice nonprofit due to lack of our own. Students who decided to seek a macro social work degree often feel alienated and unsupported both in school and later with lack of employment opportunities.

3. Professionals Associations Represent Themselves and Not Us

Social Work organizations and associations have been pushing licensing for the past couple of decades which happens to also correlate with the same time frame they tripled the amount of unpaid internship hours required to complete your social work degree.

Recently, the Australian Association of Social Workers conducted a study which found university social work students were skipping meals and could not pay for basic necessities in order to pay for educational materials. American social work students who receive no stipends or any type of assistance are being forced to quit paying jobs in order to work unpaid internships, and they have no one fighting for them. In fact, most social work leaders argue that if you can’t shoulder the hardship this is not the profession for you. Many social workers struggle with supporting the fight for $15 dollars per hour for minimum wage jobs because they have master’s degrees making less than $15 dollars per hour.

You can’t talk to a social worker about anything without hearing the word “licensing”. From the time you start orientation, licensing is being forced feed to you as the solution that will solve all of social work’s problems. You are told licensing is going lead to better pay, better professionalism, better outcomes for clients, and better recognition to name a few. Minimum education and training standards are important, but requiring a medical model for all areas of practice in social work is not the answer. Social Work Licensing advocates often compare social work licensing with that of nurses, doctor, or lawyers.

Here are a few things that licensing actually does:

Licensing is currently in all 50 states and US territories, and it seems to benefit the people who created the policies more than it does the social worker and the communities we serve. Licensure makes money, and social justice issues just aren’t income generators. For social workers who are already struggling, how does all the above fees and costs affect their career mobility in one of the lowest paid professions with one of the highest student loan income/debt ratios? Without a union for social workers, who will advocate on our behalf and for our clients to get the resources we need to serve them?

4. Lack of Diversity in Social Work Leadership and Academia

Through Social Work Helper, I have had the opportunity to be a part of conversations with various factions of social work leadership over the past couple of years. Often times, I was the only person a part of the conversation that didn’t have a doctorate or at least in the process of earning one.  Additionally, I noticed that very few were minority voices if any other than me who were a part of these conversations. At first, I was intimidated because they had more education and  higher positions than me.

However, the more I listened and paid attention, I realized they are not better than me rather they had access to more opportunities than me. The ignorance and insensitivity displayed towards communities of color and the plight of social workers who are struggling in this profession was unbelievable.

Diversity in leadership brings different perspectives and point of views to be added to the conversation. Why didn’t more social work organizations and schools of social work support last night’s speech by Dr. Perry hosted at a Historically Black College? How often is the topic of social work front and center in a televised public forum?

“At times this will mean sharing power and leadership in deeper ways, and taking proactive steps to undo oppression and racism. The use of community organizing principles and skills are essential” (p.19) to this effort. Read Full Article

5. Lack of Support and Silence

Social work organizations and associations are forever holding conferences that the majority of social workers can’t afford to attend. Many social workers don’t have the luxury of having their university foot the bill for them to attend every social work conference each year. This very dynamic adds to the failures listed in 1 thru 4. In addition, it highlights another point made by Dr. Perry when he stated, “Social Workers will talk to each other, but they won’t engage in the public sphere”.

I have contacted both the Council for Social Work Education (CSWE) and the National Association of Social Workers (NASW) asking them to waive certain expenses, so I can cover their conferences in order to engage social workers via social media who can’t afford to attend. I can get press access to a White House event, but not to a social work conference. It’s like a country club that you can’t be a part of unless you can afford it.

Watch for free on CSPAN: The Role of Social Workers