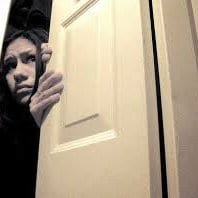 There has been much talk recently about who can legitimately call themselves social workers. What training is required? Which licenses are needed? And, there have been many discussions about the variations of social work licenses that exist in different states. License or no license, we know that many social workers are “hiding” in non-clinical environments where it doesn’t seem much social work is happening in places like Congress, the World Bank and federal agencies such as the departments of Labor, Housing, Education and Health and Human Services (HHS). In many of these settings, social workers operate under cover. They often do not identify themselves as social workers and they have little or no connection to professional social work organizations. Yet, they are trained social workers with a B.S.W, a M.S.W., or a Ph.D. from an accredited social work school, but you would never know.

The subject arose this week during my lunch with three very special social workers who are at the forefront of promoting greater emphasis on macro social work practice. Darlyne Bailey, dean of the Bryn Mawr School of Social Work and Terry Mizrahi, a professor at Hunter’s School of School of Social Work, are co-chairs of the Special Commission to Advance Macro Social Work Practice formed by the Association for Community Organization and Social Administration (ACOSA).

With us was Jenifer Norton, a doctoral student at Bryn Mawr who provides administrative support for the commission. The commission’s mandate is to examine the state of macro social work practice and offer recommendations on how to strengthen the macro dimension of social work. To date, 46 schools and departments of social work and two organizations have donated funds to support the commission’s work. In addition to 21 commissioners, there are about 50 allies who are participating in the effort by working with one of five workgroups.

While discussing the working group I have joined—Promotion and Public Support of Macro Leaders and Practitioners—Terry suggested that identifying social workers in macro settings is often difficult because many of them are hiding in the closet. Whether this is intentional or just a byproduct of being in a non-social work setting, we need to know who these social workers are, where they are plying their trade and how they are providing leadership. Many are operating at high levels and have very inspirational stories that need to be told. Why? Because many are in the closet because they feel their work might be devalued by colleagues who may not appreciate the value of social work.

My favorite example is Jared Bernstein who I have written about on several occasions. Bernstein is the former chief economist for Vice President Joseph Biden and a member of President Barack Obama’s economic team. Bernstein earned his Ph.D. at Columbia University’s School of Social Work and chose to hone his economic skills and practice in that arena. He proudly self-identifies as a social worker but when he is introduced on television programs and in settings where he is discussing fiscal and monetary policies, he is introduced as an economist. Would listeners value his input if he were identified solely as a social worker? His commentary would have the same value, but I doubt that his audience would give it the same weight if they thought his ideas were those of a social worker and not an economist.

We need to identify more social workers like Bernstein. NASW has agreed to work on identifying social workers in these settings. That should help much. If you know of social workers in macro settings—working at the Supreme Court, leading corporations, working in the media and other arenas—please shoot me an email at celewisjr@gmail.com. 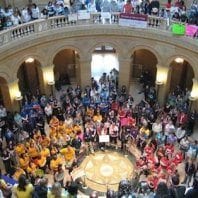 There may be good news on the horizon for social workers who appreciate the need for our profession to be more involved with influencing institutions and policies. The Association for Community Organizing and Social Administration’s (ACOSA) Special Commission to Advance Macro Practice in Social Work expects to release a report and proposals this year on ways to strengthen social work macro practice. The formation of the commission was spurred by a report, Education for Macro Intervention: A Survey of Problems and Prospects, by the venerable Dr. Jack Rothman. The Rothman report garnered a great deal of attention because it documented how little attention has been given to macro practice in social work. And that macro practice instructors often felt marginalized in social work programs. Social work leaders coalesced around the critical and timely need to address these issues and created the special commission.

Once again, social work is wrestling with the tension between cause and function—how much resources and energy should be devoted to addressing the structural causes of what ails society’s most vulnerable citizens versus efforts to help these citizens cope with their various sets of circumstances. What is encouraging is this appears to a credible effort to systematically examine the state of macro practice and arrive at some proposals for real change.

The special commission is being co-chaired by Dr. Darlyne Bailey, dean of the Graduate School of Social Work and Social Research at Bryn Mawr College, and Dr. Terry Mizrahi, professor and chair of Community Organizing and Program Development, Silberman School of Social Work at Hunter College and former president of the National Association of Social Workers (NASW). To date, it has received financial support from 40 schools and departments of social work and two organizations.

At issue is how much attention and resources can be devoted to macro social work practice given the overwhelming emphasis on licensing and direct services in most schools and departments of social work? Social work schools value instructors who teach courses that prepare students for licensing exams. Rothman found in his research that schools will use adjunct instructors for macro courses and reserve the bulk of their tenured positions for micro practice educators. As a result, students gravitate to micro practice because they believe this area of focus gives them the best chance for employment after graduation.

Another concern for macro practitioners is the issue of licensing. If macro practice were to grow as a share of social work there would undoubtedly be increased pressure to professionalize this specialization. Dr. Linda Plitt Donaldson and colleagues wrote in Social Work that licensing macro practice is a complicated enterprise because of the current state of variations in licensing requirements among states. Currently only three states (Michigan, Missouri, and Oklahoma) offer licenses in advanced macro practice. Given the broad range of macro practice would there be different standards for administration, community organizing, and policy? Licensing is generally seen as a means to protect the public from poorly trained practitioners. Would the same concern apply to a policy analyst who rarely interacts with the general public?

These are some of the tough issues the special commission will be grappling with going forward. What is clear in this ever changing society we live in—new technologies, graying population, transforming demographics, growing inequalities—decisions are being made in various policy deliberations and social workers need to be at the table. Gentrification and immigration are reorganizing communities and social workers need to be in the mix. We are not going to be able to “fix” people to deal with their environments, we need to be fully engaged in helping to shape their environments.