A new school year means that disabled college students are adjusting to their new environments, and are making accommodation requests to their school’s disability services department that will allow a smoother transition.  Accommodations can range from needing note-taking assistance, placement in a quieter environment to take tests, and/or being able to use service/support animals on campus.  Such accommodations are protected under several federal mandates, including the Americans with Disabilities Act (ADA), Section 504 of the Rehabilitation Act, and other pieces of legislation that outlaws discriminatory practices based on disability status(es). 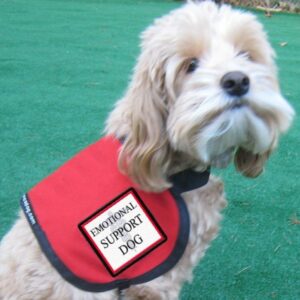 In mid-August, the U.S. Department of Housing and Urban Development (HUD) released a statement that it had charged Kent State University, one of the largest universities in Ohio, with discrimination.  The University, along with four of its employees, allegedly refused the accommodations request a disabled student made to allow her emotional support animal to live with her in the university-owned and operated housing unit she resided in.

According to HUD, the student filed a complaint stating the details of the claimed misgivings she and her husband experienced from the university regarding this matter.  The student and her spouse resided in housing designated for families and upperclassmen attending the University.  The student was receiving services from an on-campus helping professional, and the professional stated in documentation that the appropriate means for the student to cope with the disabilities she faced was by having an emotional support animal.

The student, acting on the helping professional’s recommendation about her care, sought and retained the services of an emotional support animal, and filed a reasonable accommodation request to the university about housing the animal.  The housing unit the student resided in had a “no pets” rule, and the student was hoping that the university would waive this policy, given that her support animal would be providing her assistance surrounding her disabilities.

The student claimed that the university did not respect her support animal housing accommodation request; though they did honor the requests she made regarding the academic accommodations she needed.  Her inability to obtain the housing waiver for her support animal caused her and her spouse to move and search for housing off-campus.  When the alternative housing arrangements were made, the student and her spouse contacted Fair Housing Advocates Association (FHAA), Inc. about this incident.

What the Fair Housing Act States about Housing Accommodations:

Your landlord may not:

• Refuse to let you make reasonable modifications to your dwelling or common use areas, at your expense, if necessary for the disabled person to use the housing. (Where reasonable, the landlord may permit changes only if you agree to restore the property to its original condition when you move.)

• Refuse to make reasonable accommodations in rules, policies, practices or services if necessary for the disabled person to use the housing.

Example: A building with a no pets policy must allow a visually impaired tenant to keep a guide dog.

In this case, the Fair Housing Act prohibits the refusal the student claimed to have experienced – housing providers like Kent State University cannot refuse to provide reasonable accommodations to waivers regarding “no pets” policies, especially when the accommodation is needed for the disabled person to live an independent life.  Gustavo Velasquez, HUD Assistant Secretary for Fair Housing and Equal Opportunity, made the following statement about housing providers honoring a service/support animal accommodation requests:

Many people with disabilities rely on therapy animals to enhance their quality of life. .. The Fair Housing Act protects their right to a service animal and HUD is committed to taking action whenever the nation’s fair housing laws are violated.

Why Other Colleges & Universities Should Keep a Close Eye on this Case:

Until a ruling is handed down in this case (if it is seen in court), Kent State University and its employees are innocent of any wrongdoing and discriminatory practices.  However, this case should be on the radar of the colleges and universities in this country.  As I say time and time again, being ignorant of the law IS NOT an excuse to hindering someone’s rights.  As a former disabled college student, I remember several students of various disabilities with their service and support animals in the classrooms, cafeterias, and dormitories.  These animals serve a purpose – they are NOT toys or pets; students deserve, and have the rights, to utilize the incredibly freedoms these animals bestow upon those who need them. 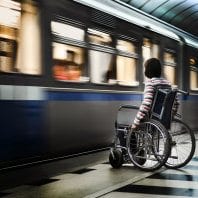 Earlier this month, a college student with a disability was brutally attacked while riding the MBTA train in Boston, Massachusetts.  The student, whose name has not been release to the public, was 21 years old, and living with cerebral palsy.  The student was verbally and physically assaulted by a 63 years old man named Thomas Kennedy.  Kennedy, reportedly ranked of alcohol, sat next to the student on the train, and began hurling ethnic and homophobic insults, then progressed to punching and kicking the student.

The student was taken to Boston Medical Center for treatment from the injuries he sustained from the violent attack.  The police was able to identify Kennedy as the attacker by using the surveillance cameras that were located inside Downtown Crossing.  At the time of this article, Kennedy was later arrested on the day of the attack, and charged. 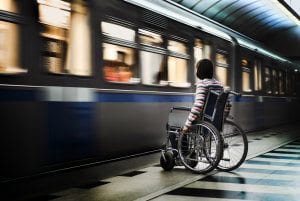 This story caught my attention because the use of public transportation, whether it is subways/trains, buses, cabs, etc., is something that people with disabilities rely heavily on, especially if you live in a city like Boston.  No one should fear being physically or verbally violated from riding the train or bus; everyone has the right to utilize public transportation without being harassed or victimized because of their disability status, or other social identifiers.