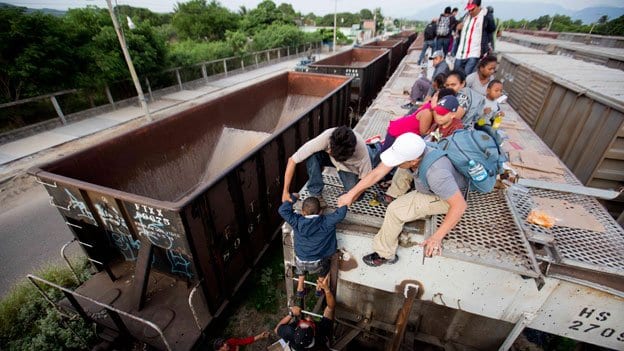 According to Eurostat figures, in 2015 and 2016 over 2.3 million asylum seekers arrived in the EU. It is expected that about 1.3 million of those will be granted refugee status.

The United Nations High Commissioner for Refugees (UNHCR) reports that 25.9% of migrants entering Europe are children, of whom 34% are unaccompanied.

The challenge is huge for local social services, most of them squeezed from years of austerity policies. The European Social Network, which monitors social services across Europe, has been working on the issue of unaccompanied children for several years to support the role of local and regional social services in ensuring the successful integration these vulnerable children in our societies.

With more than 130 participants from 18 countries already signed up, the seminar ‘Migrant children and young people – Social inclusion and transition to adulthood’ promises to be a unique opportunity to share insights on migrant children and young people’s inclusion in local communities and their transition to adulthood across Europe.

The registration is open to any individuals and organisations with an interest and expertise on the topic.

Also, the European Social Network is interested in hearing from people with direct experience of migration themselves and will fund the participation and accommodation of members of organisations representing unaccompanied children in care, young migrants or migrant families.

Based on a questionnaire that was conducted earlier in 2017, ESN collected data and examples of how local public social services are supporting the inclusion and transition to adulthood of unaccompanied children and migrant young people across European countries.

The Swedish Ministry of Health and Social Affairs, as well as other representatives of national authorities, local authorities, NGOs and the media, will also be part of the debate. More information on the programme, the speakers and how to register can be found on this page, or do not hesitate to contact Valentina Guerra, ESN Policy Officer.

ESN and its work on unaccompanied children

The European Social Network (ESN) brings together people who plan, manage and deliver local public social services, together with those in regulatory and research organisations. It supports the development of effective social policy and social care practice through the exchange and transfer of knowledge and experience.

ESN has been working on unaccompanied children and young people since 2005, when a first report was published on the theme of the social inclusion of young asylum seekers and immigrants. Some of the issues highlighted in the report are still of relevance today, and even more so given the exceptional number of unaccompanied children and young people reaching EU countries since 2015.

Therefore, ESN published a second report in 2016 analysing the impact of the refugee crisis on local public social services in Europe and addressed the support for unaccompanied children at the launch of our publication “Investing in children’s services: improving outcomes”.