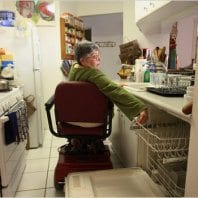 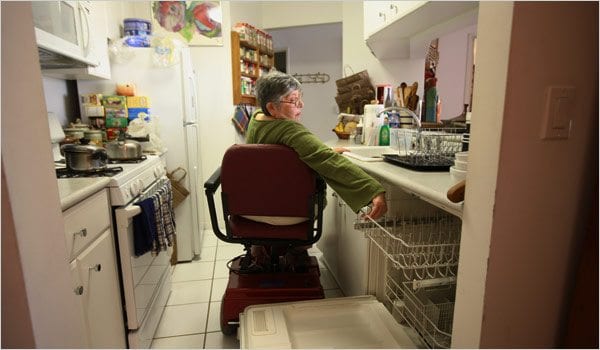 In addition to the legal protection of the aforementioned identifiers, twenty states, the District of Columbia, and more than 150 cities, have expanded the Fair Housing Act to forbid discrimination against lesbian, gay, bisexual, and transgender (LGBT) individuals and families.  HUD established regulations to ensure that the Department’s core housing programs are available to all eligible recipients, regardless of their sexual orientation, in 2012.

Fair Housing Month is an opportunity for all of us to reflect on just how far we’ve come to make our housing more equitable and how far we still have to go to end housing discrimination.  Fair housing is about giving people the opportunity to pursue their dreams and whenever this opportunity is denied, not only do families lose, our entire nation loses.

When it comes to disability, HUD developed the Disability Rights in Private and Public Housing Initiative.  Below are the rights people with disabilities have under the Federal laws that focus on housing:

Prohibits discrimination against persons with disabilities.  It is unlawful for a housing provider to refuse to rent or sell to a person simply because of a disability.

Requires that new covered multifamily housing be designed and constructed to be accessible.

This year’s theme is “Fair Housing Is Your Right:  Use It!”  HUD aims to raise awareness about your housing rights, and discuss the overt and covert forms of housing discrimination that still persists today.  I have read and written stories about housing discrimination, and am aware that key legislation like the Fair Housing Act are steps toward the right direction in creating equality and justice; however, more has to be done to ensure that all Americans, regardless of their disability status and other identifiers, are afforded the same opportunities to obtain housing that fits their needs.

During Fair Housing Month, how do you plan to ramp your voice about the housing discriminatory practices that exist to prevent people with disabilities, LGBT members, minorities, and other groups from accessing housing?  If you have experienced such discrimination in your quest in obtaining housing, are you willing to share your story?  What actions can be taken within your community to bridge the gaps in creating available housing options for those with disabilities, minorities, LGBT members, and other groups?  Share your stories, thoughts, and ideas with me to commemorate this observance.