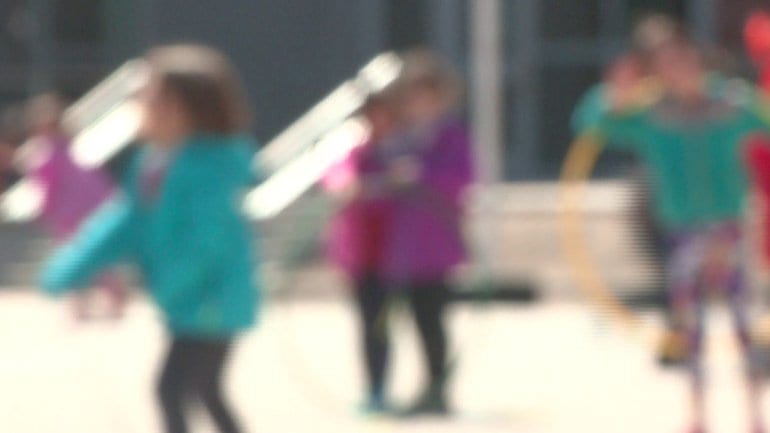 On 29th March 2017, the publication of yet another report was released examining the operation of our child protection and wider safeguarding structures in Ireland. The Case Review for Mary involved a child left in a foster care placement where the foster father had prior allegations of sexual abuse. Despite other children being removed from the home, Mary was left under his care for almost two years even though the allegations had been deemed credible by TULSA within months of the original report in 2014.

The review was undertaken by an independent reviewer, Dr Cathleen Callanan, a former Child Care Manager within the HSE, and was assisted by two senior staff nominees from the HSE and Tusla. The purpose of the review was to (i) establish the facts of the case, (ii) consider, in particular, the issues of safeguarding and risk assessment in respect of the case, (iii) set out findings in this case with regard to risk, safeguarding and best practice and (iv) identify specific and general issues to inform any necessary learning, having regard to best practice in managing risk and interagency engagement.

The Review, is defined at the outset of the report as:

“A review jointly commissioned by the HSE and Tusla into the circumstances whereby a vulnerable young adult (“Mary”) with an intellectual disability, in receipt of services from both agencies, continued to reside with a former foster family following a report being received of a retrospective allegation of abuse, which did not relate to residents in the foster home.”

The Report was commissioned in May 2016 and completed in July 2016 and the Reviewer should be commended on this timeframe. However, in respect of the delay in publication, the reviewer notes that:

“…the commissioners (Tusla and HSE) made submissions to the independent reviewer, in the period between October 2016 and January 2017. These (separate) submissions were concerned with addressing matters of factual accuracy and seeking clarity around some of the findings of the report. In particular, the Tusla submission was concerned with what it perceived to be an imbalance in the review, insofar as it did not adequately acknowledge attempts made by Tusla to refer the case to the HSE, and focused attention on the activity of Tusla in the case, without giving due regard to the responsibility of the HSE Disability Services. The reviewer responded to the submissions and this document constitutes the final report.”

The reviewer ultimately notes in respect of the report’s limitations that “The reviewer is not aware of the circumstances that allowed for the lapse of time until the final submission of the report.”

Whatever the reasons for delay the Government discussed the report during a cabinet meeting with some strong, but unfortunately, all too familiar recommendations; namely, interagency cooperation and record keeping.

As a child ‘Mary’ had been placed, by Tusla, in foster care with ‘Mr & Mrs. A’. Due to the level of her intellectual disability, it was agreed that Mary would remain in this setting after turning 18, which she did only a few months prior to the allegation being made. The allegation at the centre of the concern was that “In January 2014 (by which time Mary was an adult), information was received anonymously by the social work department of Tusla in Mary’s locality, alleging that Mr. A had, around fifteen years previously, sexually abused two young teenage girls within his extended family.”

This information was classed as a ‘Retrospective Disclosure’, in other words, a referral made by an adult relating to abuse which they experienced as a child. Retrospective referrals and inefficiencies in respect of their assessment by Tusla formed the basis of the recent controversy surrounding the allegations against Sgt. Maurice McCabe and Tusla’s handling of same.

Unfortunately, we see some inefficiencies in respect of these referrals again here in this case; from the Chronology in the Review:

“an anonymous allegation was received by Tusla on January 10th in the locality where Mary was living. This information was not passed on by the duty team to Team Leader1 for a further five weeks; it came to the attention of Team Leader1 because there was another child in that placement who had an allocated social worker. There was no suggestion that this or any other child in the placement had been harmed and the allegation did not concern any child who had lived in this home. At interview Team Leader1 acknowledged that given the level of demand on the service, the delay was regrettable but understandable.”

Despite the delay in assessing this matter it must be, and is in the review, noted that Tusla acted appropriately in respect of the children in the foster home:

This also highlights the fact that a credible referral of sexual abuse lay unassessed on a retrospective wait-list for five weeks before action being taken. I have argued previously, and continue to do so, that it is time to treat retrospective allegations like all other referrals to social work departments and seek to discharge our ‘proactive duty’ to care for and protect children and vulnerable adults alike.

“On foot of the information passed on to her in February [2014], Team Leader1, having sought legal advice, agreed on the need to inform Mr. A that such information was now on record.” Again, this is a delay that we don’t consistently encounter with ‘so-called’ current child protection concerns. Social Workers, rightly, use their authority under Section 3 of the Child Care Act 1991 to ensure safety and protection, they contact parents, they call out to houses if no response or as follow-up to phone calls and they, in a relatively short space of time, put the concerns to the alleged offender. This doesn’t happen with retrospective disclosures and in all my years of researching this issue I have yet to receive an adequate answer as to why not! Other than staffing and resources there is no legitimate reason why retrospective referrals of abuse should be treated any differently than those deemed to be current concerns.

While the Review highlights that there should have been a clear written referral from Tusla to the HSE Disability Service regarding the potential risk posed by Mr. A to ‘Mary’ the receipt of this information in any form at any level should trigger an appropriate response. If the protection of children and vulnerable adults is to be everybody’s business, then the sharing of soft information or conducting of ‘informal’ conversations between professionals regarding risk need to have consequences and effect an appropriate response.

And this is where the main body of the Review places its focus; inter-agency communication and response between Tusla and the HSE Disability Services. The Review does state that Tusla attempted on a number of occasions in 2014 to have the relevant voluntary services assess risk in respect of Mary given Tusla’s own lack of legal remit in respect of those over the age of 18. Despite this, Tusla still had an ongoing input into Mary’s life in terms of provision of Aftercare services and the extent of a legal duty of care attached to provision of these services needs to be fully examined following this the publication of this review. In fact, it was the input of a specific Tusla Aftercare staff member that triggered an internal review of the matter within Tusla in 2015:

“…The file of Manager1 (with oversight of aftercare) states that in January 2015 the Aftercare Coordinator alerted him to the situation whereby a vulnerable adult continued to reside in a placement with foster carers whose names had been removed from the panel of foster carers, from whom other children had been removed. The file of Manager1 indicates that he then sought and received a copy of the original assessment of the allegations completed by Team Leader1 and Team Leader2 in 2014.”

Initially, prior to the allegation at least, “the placement was considered by the Tusla social work department and the foster care department to be a successful one.” “There were other children also in foster care with Mr. and Mrs. A and they were considered to be receiving a high level of care.” There appears to have been confusion between the agencies whereby the HSE Disability Services state they were informed by Tusla that there was no risk to Mary, following the allegation, while at the same time Tusla were continuing to request the HSE to carry out a risk assessment.

While both agencies are committed to the roll-out of a new joint protocol that will seek to clarify roles and routes of communication, ultimately, the arbitrary age cutoff of 18 and the stark lines of demarcation between services need to be examined and, where appropriate, dismantled in the best interests of service users whether they be child or adult.

In lieu of such proactive developments the Review does states that “In the area where these events took place, an Aftercare Steering Committee has been established by Tusla “to fulfil the requirements of planning, implementing and monitoring a comprehensive, integrative Aftercare Programme for each young person leaving care” (internal Tusla document, 2016). This committee is multi-agency in nature with representatives as follows:

This seems like an excellent multi-agency initiative if a reactionary development can be classed as ‘initiative’, but why is it only established in the area where this incident took place? Bolting horses come to mind!

Findings of the Callanan Review:

While the review itself details the extent of confusion and contact between the relevant agencies the findings are ultimately that:

We have unfortunately seen all these recommendations before and with the Government set to introduce Mandatory Reporting by the end of the year it is critical that all agencies who work with children or vulnerable adults begin sharing soft and hard information and begin to establish pathways for referral, feedback and review as necessary.

One mechanism which would enable this process is a coordinated integrated child protection computer database system. Unfortunately, due to arrive far beyond the implementation of Mandatory reporting, “NCCIS is being rolled out on a phased basis and is expected to be fully operational by the end of next year”, according to TULSA’s press release. However, this should arguably be linked with adult safeguarding services in the HSE and An Garda Síochána to ensure a comprehensive response to abuse and neglect and facilitate the possibility of proactive, preventative actions or the raising of red flags.

The Review poses one final question where it states that “In conclusion, the question emerges as to what would have been a proportionate response to the acceptance of the allegations in 2014.”The fact remains that retrospective disclosures of abuse remain within the remit of Tusla. These disclosures, being made by adults, will always contain the potential for further risk to adults, deemed vulnerable or otherwise. The intersection between services and responsibilities needs to be clarified as posed by this Review.

Furthermore, the legislative structures surrounding the safeguarding of vulnerable adults, those with intellectual disabilities and the powers and duties placed upon Tusla to assess risk in terms of adult referral needs to be examined in detail. I originally felt that a review of Section 3 of the Child Care Act 1991 was necessary and we are told by Minister Zappone that this is underway. I fear we may have moved beyond this territory now and that the suitable recourse is for the Law Reform Commission to examine the entire legislative structures surrounding the protection and safeguarding of vulnerable adults and children in Ireland.

Rightly or wrongly, we again find social care and social work professionals in positions where a lack of clarity in law and policy places them under deeper scrutiny where ultimately wider systemic failures are at fault. In lieu of a staged, coordinated re-location of care, Mary was ultimately removed to a residential unit as an emergency measure 21 months after the initial, credible, allegations of sexual abuse and it is with ‘Mary’ that our thoughts should be.