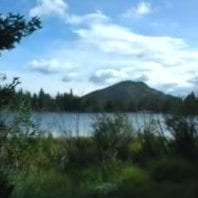 Being “green” has become the newest fad, which few could argue is a bad thing.  The part that many aren’t aware of, even the greenest environmentalists, is that the benefits of the green movement aren’t only about clean air, water and soil. Availability of and access to plentiful green space is also strongly linked to increased mental health.  As prevention and wellness programming becomes more prominent in the provision of mental health services, it’s important to conserve and increase the availability of and access to green space, as well as incorporate the use of it into mental health programming. 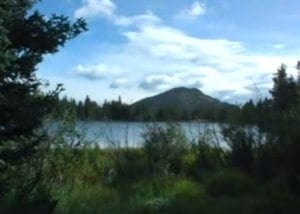 Time spent in nature, whether it’s camping in a forest, hiking in the mountains, or sitting in an urban park makes people feel happy, peaceful, rejuvenated, connected to something bigger than oneself. Green space is directly linked to decreased stress, decreased aggression, improved concentration, spiritual connectedness, and enhanced physical health. The reasons for this can be at least partially explained by the Attention Restoration Theory (ART),  which asserts that directed attention plays an important role in information processing.

Fatigue leads to negative consequences such as stress which is its resulting effects. Urban environments require significant directed attention due to larger amounts of stimulus, whereas natural settings have been found to be highly restorative to this process, reducing directed attention fatigue and stress levels.  There are also many social benefits including reduced crime and road rage, economic stimulation, and increased social networks.  All of these are factors that contribute to our mental well-being.

With more and more people living in urban environments and the availability of green space decreasing worldwide, it is becoming increasingly difficult to access the nature that provides these benefits.  Those who live in more rural areas-where forests, meadows, rivers, and lakes are right outside their front door or minutes away, don’t have to put extra effort into accessing such green space because they’re enveloped by it.  For those living in urban environments, not only do they not have immediate access to such green space, but they must also put in considerably more effort to reach comparable natural areas.

Once these areas are reached, the green space is frequently packed with other urban dwellers seeking similar benefits, disturbing the serenity nature it is supposed to provide.  Of course, there’s green space closer to home in the form of urban parks.  Some of which are fairly amazing as far as parks go, but there can be challenges to overcome in accessing those as well.  There often aren’t enough quality parks so they too can become packed with visitors, not allowing for the same restorative experience one would have in the more rural natural settings.  This is particularly problematic for those living in low-income areas who are already at higher risk for poorer mental and physical health because overall there are fewer parks in such areas, they aren’t as well maintained, and some aren’t entirely safe to be in.

While many of us are at least partially aware of the benefits we receive from nature, less accessible green space is a reality for many. The importance of conserving our natural surroundings and creating more where they don’t exist is out of our realm of consciousness.  It’s easy to get caught up in day-to-day routines and neglect the big picture not fully noticing what we’re feeling and how we’re living.  With rapid advances in technology and people not interacting with nature on a regular basis, we often forget our intimate connection to it.  Even when we’re aware that something needs to be done, it’s difficult to know what to do and taking action on any issue can sometimes feel so overwhelming that we don’t do anything.

The World Health Organization (WHO) estimates that approximately 1 in 4 people worldwide have or will develop a mental illness in their lifetime and that the global cost of mental illness was 2.5 trillion dollars in 2010 with a projected increase to 6 trillion dollars by 2030. In addition to those with a diagnosable mental illness, the National Health Interview Survey found that 75% of the population experiences some stress every two weeks and approximately half of those individuals experience moderate to high levels of stress during those same two-weeks.  Stress is linked directly to depression and anxiety as well as most, if not all physical diseases; therefore, decreasing stress levels would increase overall well-being.  It would also reduce our society’s economic burden, which we know for the policy makers is often a higher priority than their constituents’ health.

Aside from the cost benefits of utilizing green space as a preventative measure for mental health treatment, there are also numerous other economic benefits that could also positively affect mental well-being.  Increased physical health would further reduce the cost of health care services.  Housing prices are higher in areas with easy access to parks and other outdoor areas as was demonstrated by Boston’s Big Dig project.  Boston significantly increased its green space over a 15 year span and as a result the value of those properties located in close proximity to the green space increased. Green space also attracts economic development which in turn creates employment opportunities.  Proximity to green space is also linked to worker satisfaction which increases productivity.  Reducing the economic burden could also reduce stress as stated previously would improve mental health.

With all these obvious benefits, it’s time for us as individuals and the collective to take action and really become “green.” Who wouldn’t want increased mental and physical health and more money in their pockets? Who wouldn’t want to leave a healthier environment and society all the way around for generations to come? It is our responsibility as citizens to educate ourselves and once we’ve done that, educate those around us.  Talk to family, friends, and neighbors about the benefits of availability of and access to green space.  Communicate with professional organizations and policy makers so that even if they’re educated on the issue they realize that it’s important to others.  Lobby, advocate, storm Capital Hill if necessary.  Most importantly utilize and encourage the utilization of green spaces to physically demonstrate the value of such spaces.  It sounds so simple, yet it’s often the simplest acts that make the biggest difference.