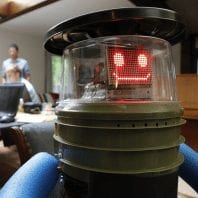 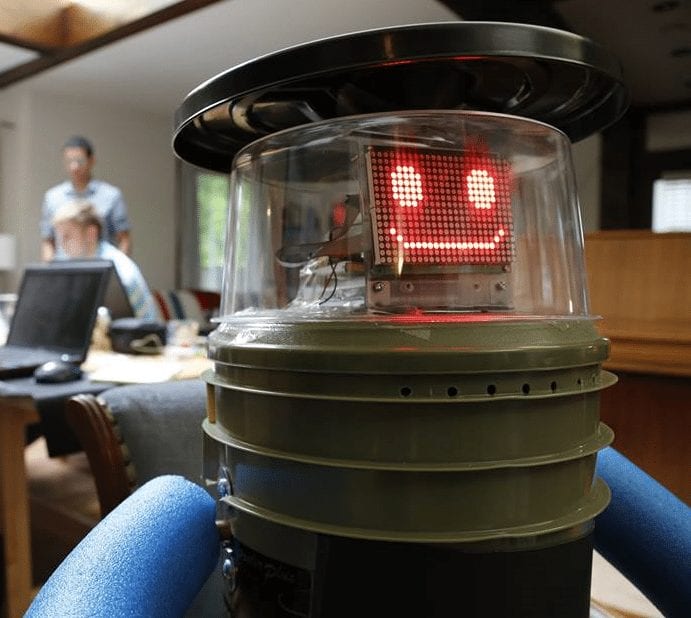 This adorable little robot recently made its way across Canada while using its unique ability to post pictures to Twitter and Facebook to report its locations as it hitchhiked across Canada. There is one “hitch” to Hitchbot’s journey, it doesn’t have any way of moving on his own. He sits on the side of the road with his thumb raised with a smile and requests to be taken as far as you are willing to carry it.

With the ability to speak, access to Wikipedia to tell you about local landmarks, and a grasp of how to create conversation, Hitchbot attempts to be a suitable traveling companion. He has solar panels to power him but also requires that he be plugged into a cigarette lighter to charge him. Relying on only the kindness of strangers, Hitchbot is a social experiment by two professors at Ryerson University.

The creators are testing a variety of things, but most importantly they are seeing how people relate to robots. Can people treat an artificial intelligence with the same kindness they would treat humans? Hitchbot cannot defend itself in any way, so in many ways, it is like a child making its way alone across the Canadian wilderness.

The results have been surprising, and this Hitchbot has acquired a variety of accoutrements such as a Dora the explorer backpack and a rain poncho. People are treating Hitchbot kindly, plugging him in when needed, and taking him on a variety of adventures. Hitchbot’s journey was a huge success.

According to the Daily Courier,

HitchBOT’s creators say it received at least 18 different rides as complete strangers took on the responsibility of transporting the robot closer to its destination. The robot’s many adventures included watching a First Nations powwow, crashing a wedding, having high tea in Victoria, and posing for countless photos at gas stations, in cafes and along highways across the country. HitchBOT co-creator Frauke Zeller, an assistant professor at Ryerson University, says she wanted to explore how humans would respond when the typical role of technology is reversed.  Read Full Article

This cute little robot is proving the inherent kindness of humans, well at least Canadians. It would be interesting to see how Hitchbot would fair in the United States, but I am guessing just as well. Let me know in the comments below what you think of Hitchbot and make sure to follow Social Work Helper on Twitter and Facebook for more technological wonders like Hitchbot!

Here is a link to Hitchbot’s website to find out more.