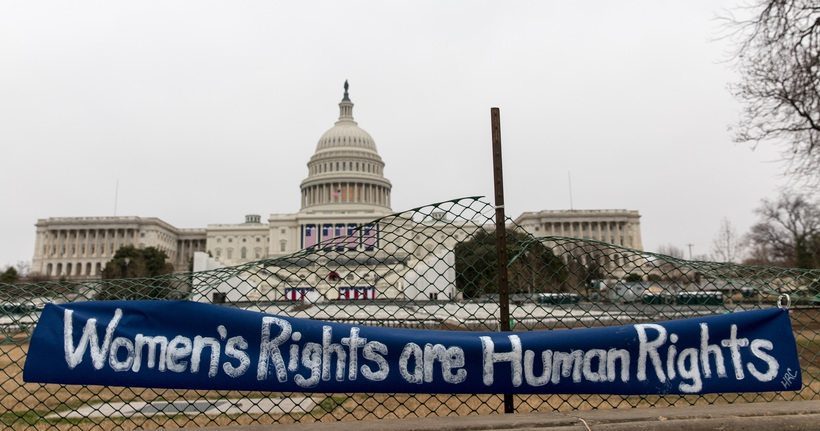 Feminism continues to be a fraught issue with fractures within the community of feminists, as well as women in general. Yet, feminism is more crucial than ever given the diversity of challenges women are now facing. Feminism has become a focal point again recently largely as a result of the Presidential election and the response from it. This is clearly important for social workers as well, from the perspective of human rights and social justice, as well as from a policy perspective.

The role of feminism came to the forefront during the Presidential election for various reasons, most obviously because for the first time a woman became the Presidential candidate for a major political party in the United States. The treatment and response by the media to a female candidate, in comparison to a male candidate, was highlighted by various commentators. This included incessant references to the candidate’s clothing and appearance, the sound of her voice, and the dichotomy of seeming too harsh or cold vs. too weak.

Sadly, many female candidates are forced to endure humiliating treatment that their male counterparts would not experience. The list of demeaning comments made against Hillary Clinton goes on and on which also impacted the Republican female presidential candidate. President Donald Trump infamously commented on Carla Fiorina’s looks stating, “Look at that face!.. Would anyone vote for that? Can you imagine that, the face of our next president?!” These demeaning, misogynistic attitudes and comments were pervasive this election season.

As a result, there has been a strong backlash to what many views as a war on women. This has culminated in the Women’s March, which was estimated to have had three times as many people in attendance than at the Presidential Inauguration. The momentum has continued with more women taking up the call to run for office. International Women’s Day, held on March 8th, also held more significance this year as the Women’s March organizers highlighted the day with calls for strikes from women, and for women to wear red in acknowledgment of the challenges women face.

Yet, there are many naysayers that feel that these efforts are women playing the victim. Some women are vocal that these efforts do not represent them. Political policy impacts all women, and the advantages we enjoy now came from blood, sweat, and tears. This includes the continued fight for equal pay, women’s ability to advance in the workplace, paid maternity leave, and better childcare options—these issues are universal. Aside from this, there is the continued victim blaming of those who have experienced rape on college colleges and a lack of substantial follow-up on the part of the police. Many of those who are prosecuted are given a slap on the wrist, as was the case with Brock Turner.

Sexism and assault of women in the military continue, where most recently nude photos of a female Marine have been posted online. Intimate partner violence and murder of women by husbands or boyfriends are frighteningly pervasive. Seven trans women have already been murdered in 2017 and 27 were killed in 2016.

Furthermore, women and girls continued to be sexually exploited through human trafficking networks. This is due largely in part because our society condones selling women and the demand persists. Until recently children who were caught prostituting, some as young as 10, were prosecuted in court instead of viewing them as a victim in need of help. Even today not all states have yet adopted Safe Harbor laws, viewing “child prostitutes” as culpable in some way.

Worldwide women continue to experience gender-based violence. In Pakistan, Saba Qaiser was shot in the head and left for dead by her father as part of an honor killing. She miraculously survived but saw no justice as she was pressured by the community to forgive those who shot her, letting them off the hook legally. India is experiencing a rape crisis, with 34,000 cases reported in 2015. 200 million girls and women alive today have experienced female genital mutilation. Rape continues to be used as a weapon of war, including in Syria and Iraq, by ISIS militants.

Now is not the time for inaction or denial. Clearly, we still have a long way to go to achieve social justice for women in the United States and worldwide, and these issues have a direct connection to social workers and those we serve. The silencing of Elizabeth Warren on the Senate floor has ignited a new rallying cry, “never the less she persisted”– and so should we all in this fight for fairness, equality, and justice.