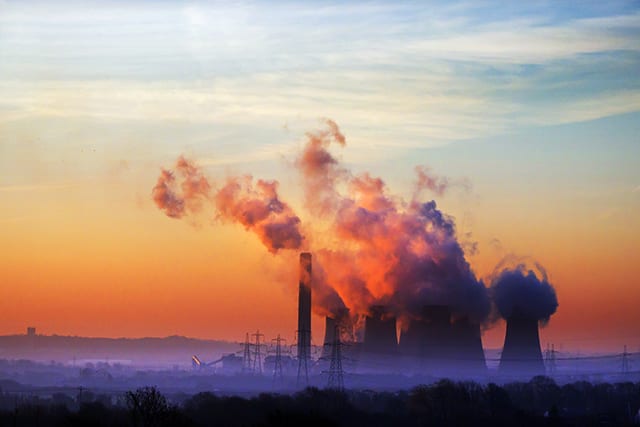 It is becoming increasingly more difficult to deny the effects that human activity has had on the earth. Decades of research and technological advances have given humans the opportunity to develop more viable alternatives as transitioned from an agrarian society to a more industrious one. Industrialization has allowed us to streamline and improve manufacturing processes thereby improving productivity and growing the economy. But this hasn’t always been to the advantage of the planet and its volatile atmosphere.

One of the major downsides of industrialization is the resulting pollution that negatively impacts the earth’s atmosphere which has been linked to climate change. Today’s environment has been tortured and assaulted by humankind to put it lightly and measures protecting the planet, current and future generations is critical for ecological sustainability. Environmental issues resulting from industrialization include contaminated water, like the lead found in Flint, Michigan, damaged soil, and diminished air quality.

Over the last few years, there have been multiple bipartisan efforts to improve legislation and protections that speak to the ongoing research and scientific evidence backing climate change. And for a while, despite those dedicated critics of climate change, it appeared that Congress had struck the same chord as the evidence of global warming and climate change was undeniable. The previous administration undoubtedly made both climate change and environmental protection a top priority as it took steps to improve efforts to address the global impact and effects of climate change by joining the Paris Climate Agreement.

Climate change has always been one of those highly contested topics of contention. Either you believe or deny that climate change is real or that it is some strategic ploy by liberals to overstate the effects of fossil fuels and CO2 emissions in the environment in order to divert focus their real agenda. As crazy as the latter may sound, and it is quite far-fetched, there are many who believe that climate change is a fictitious liberal scheme.

Unfortunately, one of those believers of the latter currently resides at 1600 Pennsylvania Avenue and has rolled back both legislation and conservation efforts influenced by years of scientific predictions aimed at improving the environment and preventing the extinction of various species. The current administration’s dismissal of the scientific evidence and research supporting climate change as if it were a collection of alternative facts is reprehensible. It doesn’t take a rocket scientist to see and feel the change in the earth’s climate.

Despite the surmounting evidence and bipartisan efforts to address climate change, President Trump still persists and continues to ignore the severity of climate change. He recently issued an executive order revoking an Obama-Era Order requiring federally funded projects meet standard requirements for flood risks as a precaution to future risks or damage.

This one act seems to have emitted a direct response from Mother Earth herself. As if she was personally insulted, Mother Earth has taken it upon herself to show us just how extreme climate change can be. Harvey. Irma. Jose. Katia.  All four of the category four and five hurricanes have been or will potentially be the cause of great harm and the unfortunate loss of life in the regions affected.  Parts of the west coast are on fire and Mexico just had its biggest earthquake to hit in over 100 years. Who says climate change is real?

Politically, there are plenty of reasons cited from both sides of the aisle as to whether or not claims of climate change or true or false, but perhaps Congress should take a moment to listen to Mother Earth herself to find the answer, because she seems to be speaking loud and clear.