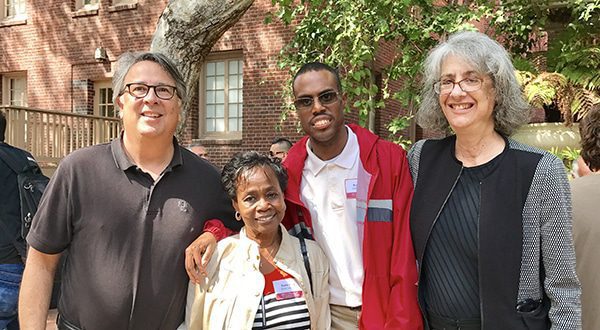 NEW YORK — In a landmark Court victory, Ryan King won the right to direct his own life, with the support of his family, finally free after 15 years under a guardianship he never needed. When Ryan turned 18, his parents were told they had to become his guardians in order for him to receive services from the District of Columbia.

Even though they had raised Ryan to be independent, believed he could make his own decisions, and had always supported him to do so, they reluctantly agreed. But, Ryan and his family never stopped hoping that, one day, he would be legally free to make his own decisions, the same as every other citizen. Then, inspired by the “Justice for Jenny” case and the work of the Jenny Hatch Justice Project and the National Resource Center for Supported Decision Making, partnerships between Quality Trust for Individuals with Disabilities (QT) and the Burton Blatt Institute at Syracuse University (BBI), they decided to ask the Court to end Ryan’s guardianship.

Working with attorney Jonathan Martinis through a legal clinic established by QT and BBI, Ryan and his family told the Court that Ryan uses Supported Decision-Making (SDM) to make his own decisions. When people use SDM, they work with trusted friends, family members, and professionals to help them understand the situations and choices they face, so they can make their own decisions without the “need” for a guardian. They presented evidence of Ryan’s history of making decisions and directing his life using SDM, as well as research showing that people with disabilities who exercise more control over their lives – who have more self-determination – have been found to have better life outcomes. After reviewing this material and hearing from Ryan and his family, the Court terminated the guardianship.

Ryan and his family, who will be supporting him as he directs his own life, are elated by the decision. “It feels good not to be under guardianship, because I have always made my own decisions,” said Ryan King. “As a family, we are thrilled with the Court’s decision,” said Ryan’s Mother, Susie King. “We hope that this is just the beginning of Supported Decision-Making being recognized in the District of Columbia and beyond.”

“Ryan and his family demonstrate the promise and the practice of SDM,” said BBI Chairman and University Professor at Syracuse University Peter Blanck. “Research shows that, when people with disabilities, like Ryan, are given the chance to make their own decisions and control their own lives, they can lead better and richer lives.”

“Defending the right of people with disabilities to direct their own lives is a core value for our work at QT,” said QT CEO Tina M. Campanella. “QT has been proud to know and work with Ryan and his family for years, and we are so pleased with this outcome. Through his fight to restore his legal rights, Ryan is a living example of how people with disabilities make the most of their abilities.” 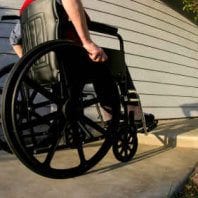 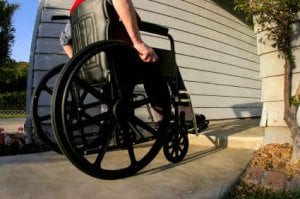 In late September, HUD’s Secretary Julián Castro made the announcement that nearly $8 million in grant funding will be used to assist thousands of people with disabilities and senior citizens receive healthcare, meals, and other daily living activities and services in the comforts of their own homes, arranged by service coordinators.  Living independently as a disabled person or senior citizen, if possible, is important to one’s psyche, sense of well-being, and being afforded the opportunity to be fully comfortable in your own living quarters.  Becoming aware of the $7.5 million grants HUD awarded through its Multifamily Housing Service Coordinator Program (MHSC), I knew that I had to share this positive move towards increasing independence opportunities with the SWH readers.

Secretary Castro made the following statement about how the use of service coordinators will be vital to these particular populations:

Service coordinators connect senior citizens and those living with disabilities with the services they need to live independently … These grants will go a long way toward ensuring these vulnerable populations are well served and allowed to age in place.

The 39 grants awarded will be bestowed upon 39 owners of private housing developments that receive rental subsidies from the Department to house those who are low-income in 21 states.  The grant awardees are subject to hire or contract service coordinators who will be responsible for providing social services and assistance to residents who are disabled and elderly.  The grant money will cover costs related to salary, benefits, quality assurance, training, office space, equipment, and other related administrative expenses needed to retain and support these coordinators working for the grant awardees to provide these resources to residents.

Why is this grant award announcement so important?  Having the ability to stay in one’s home while conquering severe medical conditions has been proven to be beneficial to one’s overall health and improvement.  There is truly no place like home, and when you have chronic illnesses or disabilities, being in familiar surroundings eliminates the issue of having to recover in cold, foreign, unfriendly, sterile environments such as nursing homes and hospitals.  Being comfortable, location wise, is a priority for those with disabilities and our seniors, just as pain management and effective medical treatments are.  Being a helping professional, I have seen clients’ health and will to fight deteriorate when they were removed from their homes, and I have witnessed the complete opposite – clients’ health stabilized or deteriorated at a slower rate because they had the opportunity to remain at home.  Of course, remaining at home may not be the opportune choice in certain circumstances, but if it is favorable, it should be heavily considered as a possible option versus being institutionalized or hospitalized.

Another key point to note is that it is more cost-effective and cost-efficient for someone to remain in their home instead of being placed in an institutional setting; the latter would cost thousands of dollars each year just to house one resident.  The need for more federally-supported programs to assist in allowing individuals to live independently will undeniably reduce the financial strain on our healthcare system when it comes to this aspect.

Seeing that the well-being and quality of life of disabled and elderly Americans is on the consciousness of federal entities like HUD is imperative to ensure that everyone has a fair chance of living independently to the best of their abilities in our communities.