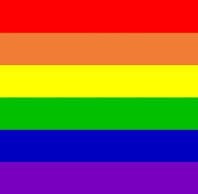 Being blind to gender and sexuality seems to be a common theme within what makes a queer a queer.  There is a non-binary outlook on what identity and gender really has become, like an evolution past Male and Female.  Queers have ventured into a new section of the sexuality spectrum.  They have stretched gender and sexual identity to the point that a new language has been developed.   The language has gone beyond defining who they are to defining what they do, sexually and socially.

Others that place themselves within the queer cornerstone are individuals who stretch what sex has become.  Sex is not just a man and woman in the missionary position.  Sex now comes in all kinds of new and adventurous flavors.  From group sex to the rise of S&M culture, queers have ventured past “normal” sexuality to a sexuality that seems to not have boundaries.  Boundaries seem to be what these individuals are trying to blur.  And blur they have with the introduction of what is considered a third sex.

Transgender is a whole new gender.  It is where biological sex and gender really start to blur and become a person who has evolved past the gender binaries to a queered outlook on how the mind and body can be within the same person, but also tell that person two totally different things about themselves.  Transgender people are people born into the wrong biological bodies and take it into their own hands to become who they really feel they are.  They alter their bodies in such ways as with hormones to even body modification with sex reassignment surgeries.  There are so many sexual identities that are within the umbrella of queer that there has been a new subculture that has developed.

There is so much that falls under this semi-new cultural term that along with the label comes a new way of thinking. With so much meaning behind such a small word it is no wonder that there has been an uprising of the theory behind this discourse.  Queer Theory in academia has become more prevalent in the last 25 years.  You can now find courses within the university curriculum that are just dedicated to Queer Theory. Queer has also found its way into other courses such as literature and art.  The study of Queer Theory evolved from feminist theory and gender studies.

Just like feminist studies, Queer Theory revolves a lot around gender and sexuality issues.  The use of ‘queer’ texts and the words of theorist such as Michael Foucault, Michael Warner and Judith Butler are used to expand into the construct of what makes this theory worth the exploration.  These individuals’ theoretical works have brought a new way of thinking about sexuality and the politics of gender (Turner 123).

As stated earlier, non-normative sexuality and non-binary ways of thinking have blossomed into a new theory of where the sexual spectrum has expanded beyond the boundaries of heteronormative thinking.  The study of this theory balances history with identity.  As queer theory becomes more integrated into the academic setting it becomes more visible in day to day society as well.  It flows out of books into the streets as a political movement.