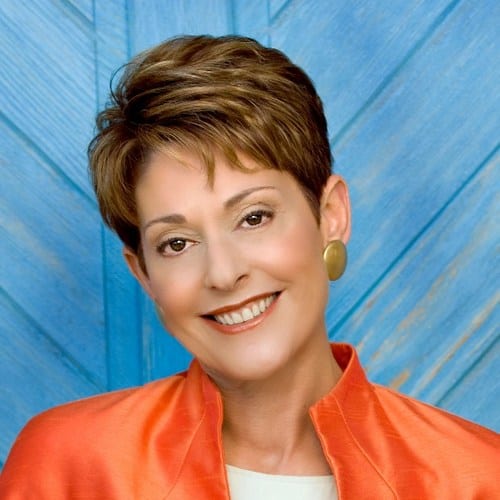 When you are on a collision course to face your fears in order to achieve your future career goals, what will you do? Do you run and hide, drag your feet and hope things will blow over, or will you dawn your Super Woman cape and address the elephant in the room?

Today’s woman wears many hats and it should come as no surprise that with all of the role-changes, fear and anxiety can be a bit challenging for some. Add to that a career path that is rooted in public speaking and you could have a recipe for disaster as the challenges faced with respect to public speaking are high. Communication, in general, tends to be challenging for women on both a personal and professional level for various reasons, but why do we seem to struggle a bit more with public speaking?

Sweaty palms, a racing heart, or feeling like a frog is lodged in your throat. Those psychosomatic symptoms can be a real bummer and many women never achieve their full potential due to their overwhelming fear of public speaking. To shed light on this common problem, we turned to financial expert and two-time New York Times bestseller, Pamela Yellen, who knows all too well about overcoming the fear of public speaking.

We wanted to know how someone who had garnered enough support to raise $25,000 in funds for the American Cancer Society and was fearless enough to dawn a gold-sequined leotard while riding on an elephant struggled with fear and anxiety that almost halted her career pursuits. “You can be a risk taker and still be afraid to get up in front of more than a couple of people.”

Despite the risks Pamela has taken in her life, it wasn’t until she decided to go in a different direction and develop a more professional career as a financial services consultant and public speaker that she was prompted to deal with her “paralyzing stage fright.” Once she conquered her fears, she went on to help others face their fears relating to financial security and grace us with Bank on Yourself: The Life-Changing Secret to Growing and Protecting Your Financial Future and The Bank On Yourself Revolution: Fire Your Banker, Bypass Wall Street, and Take Control of Your Own Financial Future.

To help quell her fears and set her on the path to success, Pamela got busy and ushered in the help of a mentor. When asked if she felt like the mentoring approach and feedback would have set her on a different path had her mentor been a female, she chuckled, “I guess we’ll never know, but I will tell you that I was a bit intimidated by him and he was a very strong, demanding, no-nonsense kind of guy. I think maybe I needed that [approach] at that time.” She also acknowledges her abilities to develop and lead people to reach their potential, developing strategies to avoid foreseeable obstacles, and her natural curiosity to challenge conventional wisdom as key strengths that have contributed to her success.

So what do you do when all eyes are on you and it seems as if the world is judging you? According to Pamela, “You can choose are you gonna sit there and stand there and worry about what they’re gonna think about you or are you going to focus on the fact that you have value to give them.”

Having a clear focus is important when taking on any task, especially something as intimidating as public speaking.Once you choose to change your focus to the value that you bring to your client or an audience, you can begin to approach public speaking differently. Of course, this doesn’t mean that you will never have a nervous moment again. Pamela stated she “still gets plagued by a lack of confidence every now and then” but despite a few hang-ups, she has still persisted and has been quite successful in pursuing her goals.

Speaking of womanhood, we would be remiss not to address the obstacles faced by women in addition to the generalized fear many have regarding public speaking. How does one persist when it seems like the odds are stacked against women? Being a woman has made her somewhat of an easier target for negative criticism and has been a cause of hesitancy along her journey.

Given many of the patriarchal norms and stereotypes assigned to women that continue to shape much of society, it’s easy to see how despite all of her success, remnants of fear and anxiety can still rear their ugly heads. There is little doubt that being a woman presents its own set of problems when speaking out and sometimes against the status quo.

When asked about her thoughts on being a woman in such a male-dominated field, Pamela stated, “people attack me regularly because I go against the conventional financial wisdom.” She also offered an inspiring quote from her mentor, Dan Kennedy, “It’s been so profoundly powerful for me ‘If you’re not offending someone by noon every day then you’re not doing much.'” Despite her critics, like a true superhero, Pamela still persists and we are thankful for it.

Switching gears, the interview would not have been complete without garnering some financial advice from the guru herself. Money and financial security or lack thereof can be a great cause of fear and anxiety for anybody. Understanding that a large part of overcoming fear or anxiety involves doing something different, rather it be challenging yourself or learning something new. Pamela’s book encourages you to do both.

With no regard to socio-economic status, age, or income, Bank On Yourself allows consumers to achieve their goals and take control of their financial situation by avoiding Wall Street while challenging financial institutions and their tactics.

While different groups have benefited from Pamela’s books, advice, and financial expertise; by far the group that has benefited the most has been the baby-boomer generation. “I think a lot of baby boomers and women have benefited from my books because the baby-boomers are the ones or the group that no longer has guaranteed pensions from their companies and they’re basically on their own to save for their own retirement.” For those still reeling from the Recession, looking to recover from slow economic growth, or gain financial freedom Pamela advises “if you’re not comfortable with the idea of never being sure that you’ll have you know a certain amount of money for retirement you need to look at safe and guaranteed methods of saving for retirement.”

Rather it is public speaking, finances, or career guidance; no matter how successful, when it comes to certain things, fear and doubt can set in, and if left unaddressed will find a permanent home in our lives. To learn more about some of these safe financial methods and get a free and safe wealth building report, you can visit www.bankonyourself.com.