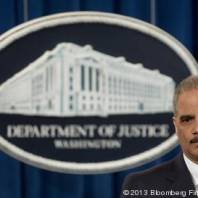 Yesterday, the United States Department of Justice filed suit against the State of North Carolina to contest the passage of the most restrictive voter id laws in country. Prior to the Republican led legislature gaining control, North Carolina was a leader in the country for voter participation which many believe is no longer the case. North Carolina was the only battleground state during the 2012 Presidential Election season to veto and not institute voter id laws.

This suit comes on the heels of a similar suit filed against Texas in its efforts to implement strict voter id laws in the Lone Star State. To counterbalance the law, the Southern Coalition for Social Justice (SCSJ) located in Durham North Carolina, is in the process of urging potential voters to register prior to the October 11, 2013 deadline.  In the wake of the new law, same day registration was eliminated. SCSJ is requesting support in their effort to help create awareness and knowledge of the deadline in order to register as many people as possible. If you are interested in helping spread the message of the voter registration deadline, visit SCSJ’s messaging link.

According to MSNBC News:

The law is perhaps the nation’s strictest. In addition to requiring voters to show a limited range of state-issued IDs, it also cuts back on early voting and ends same-day voter registration, among other provisions. All of those provisions disproportionately affect racial minorities, studies show. Rick Hasen, a law professor at UC Irvine and a prominent expert on voting, has called the law “a laundry list of ways to make it harder for people to vote.”

The measure was pushed by Republican lawmakers who control the state’s legislature, and signed by Gov. Pat McCrory, a Republican. An August poll found that just 39% of North Carolinians support their state’s law, with 50% opposed. Along with a slew of other conservative measures enacted by the Republican government, it helped spark an energetic progressive opposition movement that since the summer has held demonstrations across the state.

Leaders of the movement, including Rev. William Barber III, the president of the state’s NAACP chapter, applauded the lawsuit Monday, as did North Carolina Democrats. Read Full Article

Rev. Barber is the leader of the Moral Monday protest and the ongoing fight to protect civil rights and the quality of life for North Carolinians. If you are interested in his reaction to the suit brought by the US Attorney General, Eric Holder, view the video below: