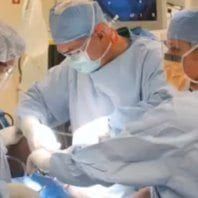 Economists Gary S. Becker and Julio J. Elias propose in the Wall Street Journal that they have calculated a system of legal payments for kidney donations that would cut costs and reduce shortages in America. 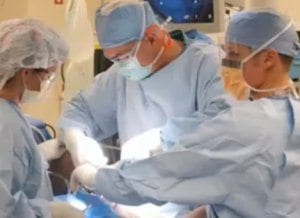 The authors propose a system in which making it legal to pay someone for one of their kidneys is economically feasible on a national scale, while dramatically cutting down the time patients would need to wait for a matching donor. At face value, the proposal sounds good. However, as someone who studies the plight of the most vulnerable and exploitable, I must say that such a system would need to be accompanied by highly stringent informed consent safeguards — probably more stringent than the informed consent envisioned by the authors.

Hypothetical scenarios that are formulated in a “vacuum” where all things are equal often grossly underestimate the ingenuity of the underground business world. Organized criminal activity has an uncanny ability to coerce or exploit the most vulnerable in societies — much like organized criminal activity that exploits business ethics on Wall Street.

According to the authors,

We have estimated how much individuals would need to be paid for kidneys to be willing to sell them for transplants. These estimates take account of the slight risk to donors from transplant surgery, the number of weeks of work lost during the surgery and recovery periods, and the small risk of reduction in the quality of life.

Our conclusion is that a very large number of both live and cadaveric kidney donations would be available by paying about $15,000 for each kidney. That estimate isn’t exact, and the true cost could be as high as $25,000 or as low as $5,000—but even the high estimate wouldn’t increase the total cost of kidney transplants by a large percentage. Read More

The authors state that “the sale of organs would make them more available to the poor, and Medicaid could help pay for the added costs of transplant surgery.” This statement serves to suggest that a system of legal payment for kidney donations would benefit not just the rich, but the poor. While there is merit to this statement, it is worth noting that the authors’ definition of “poor” involves the word Medicaid.

This qualifier excludes the vast majority of poor people in the world, the very people who would be exploited by illegal organ traders. And, in light of the authors’ statement that “today, the rich often don’t wait as long as others for organs since some of them go to countries such as India, where they can arrange for transplants in the underground medical sector,” I see evidence of the very concern I am here presenting.

The authors’ proposal is very noble and I think that it is worth considering. They are conscientious about weighing costs in a situation that presents multiple moral dilemmas. However, as with any market where there is already evidence that the most vulnerable are exploited, we must proceed with caution.