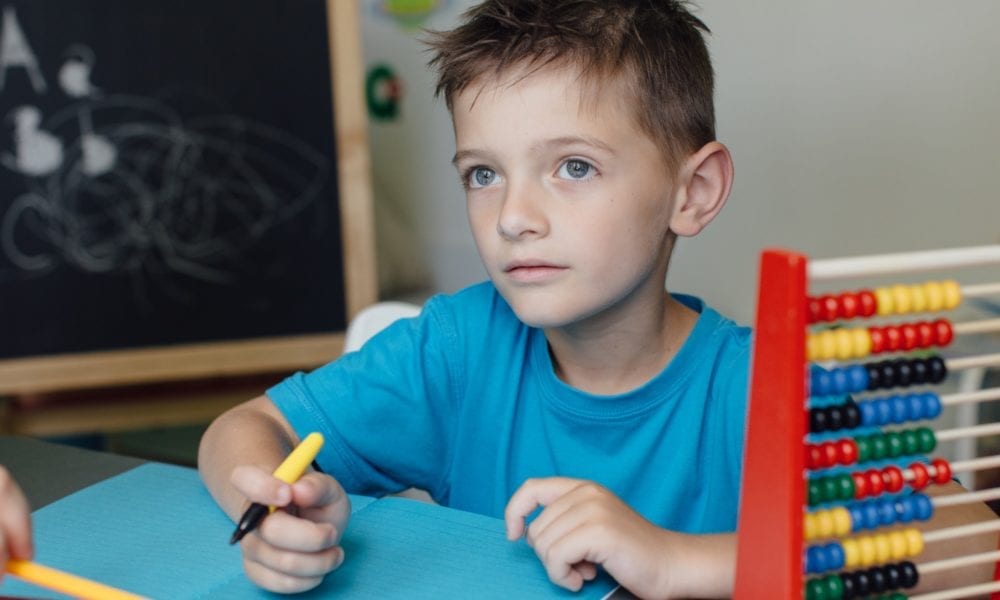 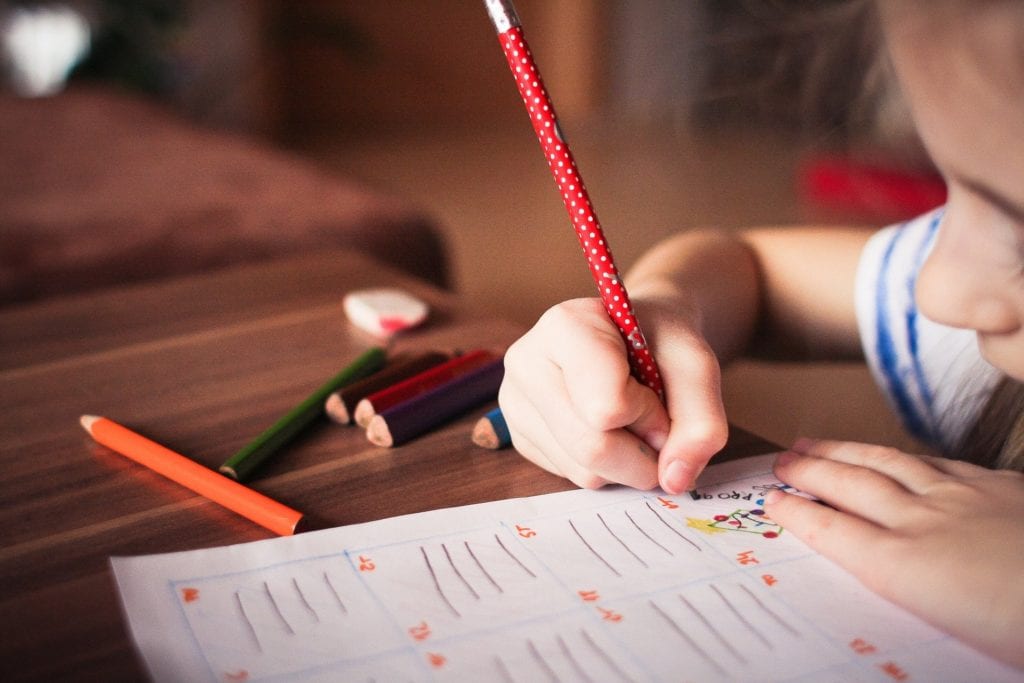 State-wide school closures for an extended amount of time due to a worldwide pandemic is truly unprecedented. Families, school systems, and entire communities are now in a position like we have never known before. Aside from the logistics involving everything from last-minute childcare to methods for providing meals to local FARMS (free and reduced-price meals system) populations, many folks are left wondering about the academic ramifications of these indefinite school closures.

Similar to “summer slide,” when students are known to experience academic regression while out of school for the summer months, these sudden weeks without instruction could undoubtedly pose academic issues for students. Some districts are utilizing online platforms to deliver content digitally to students at home, while others are rushing to provide supplemental course packets that students can complete at their own pace during the extended closure. Whatever the case, families will want to ensure that certain steps are taken so that learning continues, even when school is not in session.

Set up a routine

Many students (and teachers) view this sudden shutdown as an excuse to go into vacation mode. Tempting as that is, stopping everything to “hibernate” at home is ill-advised, even during this time when we have been instructed to practice “social distancing.” Being stuck at home should not necessarily mean that children and teens grow accustomed to day-long Netflix binging in pajamas on the couch. Parents should set the expectation early on that some of this time out of school is still going to be used for learning. Some suggestions include the following:

Just because schools are closed, that doesn’t mean that students’ language acquisition should hault indefinitely. Apps like Duolingo allow students to brush up on their foreign language skills, or begin to learn a new language altogether. The app is free and easy to use due to intuitive, game-like format.

Parents can also help bolster foreign language acquisition by selecting age-appropriate foreign films or movies with subtitles for the family to watch together.

Want to ditch the screens? Plan a bilingual scavenger hunt around the house using post-it notes. Label household items incorrectly and challenge your kids to correctly place the post-its using their language skills. For instance, if el baño is posted on the basement door, kids would need to move it to the bathroom door before moving onto the next sticky note.

For obvious reasons, many spring field trips have had to be cancelled, leaving students disappointed. One possible solution to these cancellations is to try virtual tours of the museums, galleries, landmarks, etc. Of course, the experience will not be entirely the same, but the sense of learning through exploration is still there. In addition, many locations utilize interactive platforms for students to truly immerse themselves in the information. Engaging options include Guggenheim Museum, The MoMA, The Louvre, Smithsonian National Museum of Natural History, The NASA Space Center in Houston, a moon tour via Google Earth, and any number of zoo cams around the world.

Now is also a great time for indulging in some documentaries for additional explorative learning. Beyond the content itself, which will undoubtedly provide information, older children and teens can identify and discuss persuasive techniques and other specific documentary film tactics. It may be beneficial to discuss the subjectivity that often emerges within the genre and how that impacts us, the viewers.

Simple science experiments help to pass the time while introducing kids to the many engaging aspects of science.

The COVID-19 pandemic is like nothing today’s younger generation has ever experienced. Mass school closures may initially seem like a cause for celebration for many students. Yet the fact is that this pandemic will have lasting effects which is especially true for school-aged children and teens. Please, share with us your tips for schooling your children during this crisis. 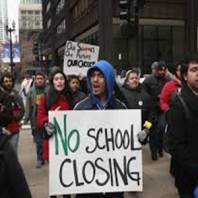 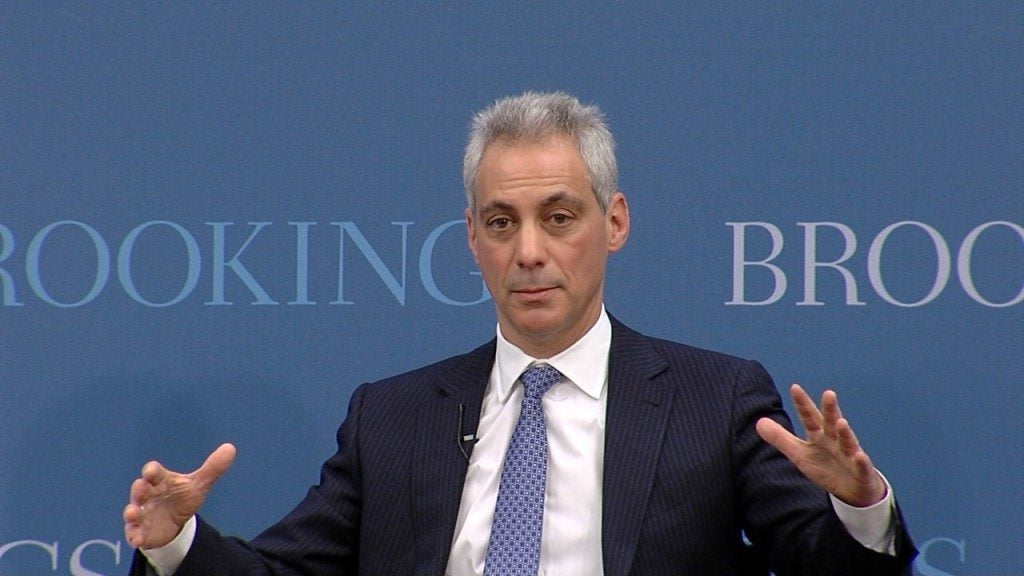 Once again, the poor are being asked to help balance the budget. Mayor Rahm Emanuel has been a strong supporter of the proposed school closures to assist with government budgetary shortfalls. However, he has been met with resistance every step of the way by the Chicago Public Schools Teachers Union. The Chicago Board of Education is scheduled today to vote on the proposal that will close 53 elementary schools and one high school in predominately African-American and Hispanic neighborhoods. Massive protests have erupted in the streets of Chicago in an effort for parents, teachers, and students to show solidarity in having their voices heard.

Chicago already has one of the highest murder rates for young people in the country. With all the slated school closures in lower-income neighborhoods, this will increase young students’ travel times to school as well as increase their risk of becoming a victim of gun violence. It will also present additional challenges and barriers for parents working in low-income service jobs to get their elementary age children to schools outside of their neighborhoods. Parents, who are already struggling, will have additional barriers placed on their ability to be active in school in addition to existing barriers such as lack of transportation, lack of money for public transportation, and long bus rides.

As a Child Protective Service Worker, one of the complaints that I often heard from teachers is that parent(s) weren’t involved, are often unreachable by phone, or are always late picking up their child. As a Social Worker, my job was not to judge the symptoms but rather than find out what barriers the parent(s) are facing in order to help them overcome those challenges. Chicago is supposed to be looking at how to reduce gun violence and adding more social workers to help with family support would be a step in the right direction. However, these school closures will have an equal or greater opposite effect, and it will be detrimental to the youth and families in these communities. The longer a child has to spend traveling to and from school, it dramatically increases his/her risk of pregnancy, prison, or death.

The American Dream is no longer the rule for the poor in this country. It’s an anomaly or a lottery for someone who is lucky enough to escape their income class. Instead of the “home for the free”, it’s the land of for profit prisons. It is my belief that a lot of social policies and increased burdens placed on the poor are intentionally instituted in an effort to increase instability and poverty in minority communities which leads to increased teen pregnancies, drug addiction, and violent crimes. Since slavery is no longer legal, there is a culture and a group of people who wants a slave class because it is profitable. This country was built on slavery and economic challenges of minorities because without income disparities we move closer to a society of equality.

Currently, corporations are making work agreements with for profit prisons, drug rehabilitation centers, and detention centers for free labor. The for profit prisons are getting paid by the government and corporations to abuse an inmate population that is predominantly minority with the added bonus of having no voice and no right to vote. There is no department of labor or laws to protect them from being abused and taking away their humanity. Slavery has successfully been privatized. Now, these prisons and those who profit from them want to use our communities to groom future inmates for their prisons.

In 2011, two judges were sentenced for selling and trading children to for profit prisons. Here is an excerpt from the Huffington Post:

Ciavarella, known for his harsh and autocratic courtroom demeanor, filled the beds of the private lockups with children as young as 10, many of them first-time offenders convicted of petty theft and other minor crimes. The judge remained defiant after his arrest, insisting the payments were legal and denying he incarcerated youths for money.

As long as for profits prisons exist, those who profit will lobby against protective factors such as education, family planning, wage increases, and more social workers because these factors have proven successful in preventing children from the prison pipeline. Public School closures in minority neighborhoods are not just happening in Chicago. It’s happening all over the country. For those who actually make it to their 18th birthday, the second wave of attacks to insure the poor can’t get ahead is making a college education unaffordable.

The third wave, if you are fortunate enough to obtain a degree, is the extremely high interest rates for students loans given to financial need students and the debt you will incur for the bulk of your adult life. The finally attack happens in the employment arena where Right to Work laws and criminal histories being used against you forever contribute to the high unemployment rates and discriminatory practices against minorities. The policies being implemented are not designed to create graduates. They are designed to produce inmates. The American Dream does not exist for the poor.

What happens in the school board meeting today will affect those children”s life for the rest of their lives. Let’s fast forward 20 years in the future to see what these children’s lives may look like.