As a foster and adoptive parent myself, I recognize the importance of technology in the lives of children.  Indeed, technology is everywhere, and for our children today, it is a large part of their lives. Yet, social network sites, such as Facebook, have opened up a whole new world for those involved in the foster care system. Foster children, foster parents, birth parents, and social workers have all felt the impact of this powerful technological communication tool. Social Networking allows foster children to stay connected to friends and family members from all over. For these children in need, it can very much be a benefit as they stay in touch with birth parents and biological family members.

These sites open up a new way to communicate with birth parents and other biological family members. Facebook and other networking sites allow foster children and birth parents to remain in day to day contact as it allows the foster child the opportunity to continue in a relationship that is important to him. This may help in allowing the child to cope with the separation from his family.

Indeed, social networking is a whole new world for all involved in foster care; a world that can be both wonderful and dangerous at the same time. “There is the chat component of Facebook,” one caseworker noted, “where a child and their parent could essentially have a conversation that no one would be able to monitor unless they were sitting right next to the child, which is a grave concern.” Case managers would have to be familiar with the birth parent’s Facebook page before the foster child was to even access it. Along with this, there are many reports of foster parents being bullied and stalked by the birth parents through social networking.

Another caseworker suggested that, “I am personally aware of inappropriate things that parents post on their Facebook pages that would not be appropriate for their children to view. Not only might there be inappropriate information and comments on there, there also might be inappropriate photos and other harmful content that the children do not need to be exposed to, not just from the birth parents, but from the internet, in general.”

Indeed, social networking is a whole new world for all involved in foster care, and its a world that can be both wonderful and dangerous at the same time. Much more information and research is needed before the social network explosion engulfs foster care. 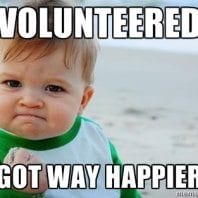 I have mentioned in previous articles that volunteering is important especially for students. Volunteering is usually thought of as an act of kindness benefiting the community, and it makes you feel good about yourself. Although this is true, volunteering can also provide opportunities which may far exceed your original expectations of simply giving away free time. It surprises me when social work students do not want to volunteer or decline opportunities given to them.

The social work mission is focused on ameliorating the community, and social workers should be at the forefront of improving as much as we can. Students especially should volunteering because the competitive job market, as well as the many doors that can be opened. Here are some of the benefits volunteering gives students:

Volunteering may not be easy with the amount of commitments social work students have, but if we remember that volunteering now only helps the agency and community, but helps yourself at the same time. With the amount of benefits that come from volunteering, I highly recommend students to do help out as much as they can handle. 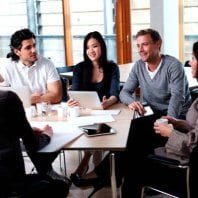 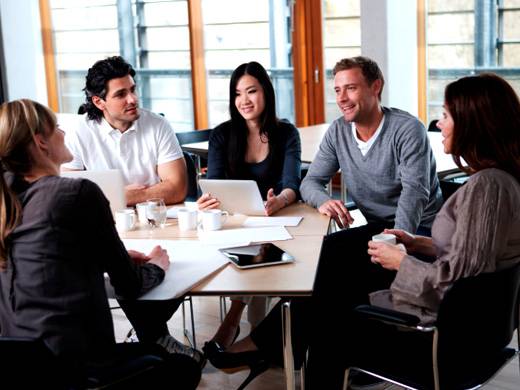 Have you ever wished you had a second opinion or a group of people you could poll to help with your decision-making process. Politicians, product designers, and advertisers do it all the time. They often will conduct a focus group, which is a small sample of people, in order to get feedback, test theories, or to conduct a SWOT (Strengths, Weaknesses, Opportunities, and Threats) analysis on their issue or concern.

Focus groups are only one method in a researcher’s data collection arsenal, but this method is ideal for investigation because you can ask follow-up questions in response to answers by the participants. Creating a focus group may sound complicated, time-consuming, expensive, and/or inaccessible to the financially challenged. However, creating a focus group using twitter is fairly easy and simple to do in order to gather information on perceptions, opinions, beliefs or attitudes for a given subject.

Week two of the #SWHelper twitter study uses Twitter as the vehicle to conduct a focus group. The focus group was tasked with identifying recommendations to improve the social work degree on the BSW and MSW for the CSWE 2015 EPAS public commenting period. Social Work Helper advertised a live tweetchat on a specified date and those who were interested in discussing the innovation of the social work degree would be the participants for the focus group.  The chat consisted of educators, students, and practitioners. Participants were asked several questions during the live chat, and  then they were directed to a 7 question structured survey that took them outside of Twitter to complete.

When asked what is your primary concern for making changes to the social work degree, participants were given internship reform, more tech/business courses, or diversity courses to include more on lgbtq and reproductive justice as their answer choices. The results were 38 percent chose internship reform, 33 percent chose tech and business courses, and 27 percent chose the diversity answer. As the secondary concern, participants identified diversity with more lgbt and reproductive justice education at 40 percent. With over 70 percent stating there is not enough diversity education in this area in a separate yes or no question.

There was also a tweetchat after party that lasted for hours after the live event, but I didn’t have the stamina to continue. However, I will be able to measure those tweets as part of the of the detail study. We saw several issues emerge such as access to online education and tech access as a social justice issue. Focus groups can identify issues that may not have been on the researcher’s radar for initial consideration. However, these issues were only allowed to emerge through conversation and follow-up. To view the full tweetchat archive, go to http://sfy.co/dczv.

Taking participants off-site to complete a survey may have an effect on the number of survey participants because it takes them away from live engagement. Additionally, while conducting your focus group, participants may actually influence attitudes and opinions of other twitter users through their combined reach and potential reach during your data collection process.

Join us on 3/30 at 3PM EST using the hashtag #SWHelper for Week 3 of the Twitter Study. We will be exploring using Twitter for the purpose of community organizing. For this tweet chat, I will be asking participants to identify organizations and hashtags these organizations use on Twitter in order to encourage #socialwork interaction. I will compile this information from the live twitter chat to create a twitter list for promoting interdisciplinary communication and learning via Twitter. 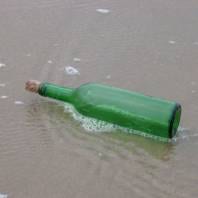 “Message in a Bottle” was not only a romantic Kevin Costner movie, but once upon a time was a hopeful form of communication. Someone would have an epiphany or reflective moment that desperately needed to find its way to the target of their affection. A message in bottle was then thrown into the ocean hoping that fate will stir the bottle to its intended destination. Before telegraphs, telephones, and the internet, message in a bottle was the hope of connecting with someone outside of your reach, but are we still using a “message in a bottle” mentality in a technologically advanced society? 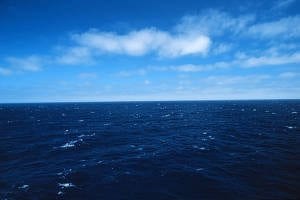 The internet is just as vast as the sea because the possibility of destinations seem limitless. Today, “message in a bottle” has been upgraded to a Tumblr, Facebook Note, Blogger, WordPress Blog or some form of electronic post.

There has been instances of calls for help, cries for support, profound confessions, or enlightened reflections which may or may not be heard depending on the number of followers, friends, or search engine optimization that allow search engines to find you in this vast world wide web. Does the profoundness of the message correlate with its ability to be heard?

Is Honeybooboo’s preferences more profound than someone battling Cancer who is sharing their experiences in hopes of helping someone else because her medium to be heard is bigger?  As a matter of fact, I would argue the less profound it appears, there is wider appeal. As social workers when we exercise the “message in a bottle” mentality, we lessen our ability to help someone else. It requires those in need to find us in a sea of darkness instead of being that Beacon of Light.

What can we do about it? Social Work Helper may not provide the be all solution for everyone, but it is my attempt at navigating the seas by offering a beacon.  As a Google news outlet with rss feeds placed in the top news aggregator mobile apps around the world, anyone can submit an original blog post or republish a blog post from their own blog to Social Work Helper to help expand their readership. How is this helpful to you? When you take your valuable time to share your dreams, triumphs, failures, and experiences that knowledge should reach as many people as possible in order to help advance someone else.

If you are trying to develop your own magazine, than Social Work Helper may not be the right platform for you. However, if you primary goals are increasing your professional profile, increasing awareness on issues, and reaching as many people as possible, than publishing on this vehicle will help expand your reach.

Work with me in creating a platform that  will better support professional or student development and relationships without having to randomly bump into each other on the world wide web.