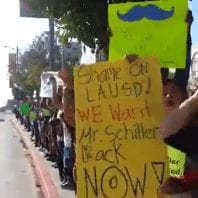 Some things simply aren’t written into our public school curriculum. There aren’t established standards for compassion, integrity, authenticity, and standing up for what you believe in. However, this doesn’t mean opportunities for such teachable moments do not present themselves, but they’re often avoided due to fear or retaliation. Fear of offending someone, fear of negative consequences, fear of judgment are several ways in which fear manifest. During the time of human development when we are the most impressionable, most creative, and most in touch with our core selves and passions, we are often robbed of those traits in order to adhere to fear-driven preset standards that create conformity.

Fortunately, teachable moments have a way of unexpectedly inserting themselves into our lives creating standards for morals and conformity is wholly disregarded. I had the pleasure this week of personally witnessing such a moment. On my morning commute, I observed students outside a Los Angeles public school protesting what they deemed to be the unjust removal of a beloved science teacher. Seeing these students passionately picketing for something they believed in, in order to help someone they believed in, almost moved me to tears.

Greg Schiller was suspended from the Ramón C. Cortines School of Visual and Performing Arts (map) in February when another employee raised concerns that two of Schiller’s students made projects that looked like weapons, the Los Angeles Times reported.

The projects, which were designed to launch small projectiles, have been confiscated by LAUSD as evidence, one parent told the Times. Schiller said he did not get a chance to grade the students’ work. Read Full Article

The lump in my throat signified how inspired I was by these students standing up for themselves and their beliefs. It is so easy at any age to simply sit back, complain, and not lift a finger in effort toward that which is right. Yet, here were high school students who are taught daily to respect authority and their decisions. Often by remaining silent and doing what they’re told, they adhere to the set standard. However, in this instance, they took a risk and fully expressing themselves. The protest also occurred one day after another LAUSD student-led protest, in which the students were successful in securing their desired student position on the school board.

It was a moment of personal and universal reflection for me. As a therapist it’s my job to advocate for my clients and motivate them to advocate for themselves, yet I frequently struggle with that both professionally and personally. There are moments every day where I-we-have the opportunity to speak up for ourselves and others in an effort to create a more kind and just world. Yet, we often shrink back out of fear and the opportunity passes. We may not always be right. There may be an infinite amount of opinions. It may not even make a measurable difference. However, if we remain silent and still for too long we’ll never know. We’ll never have the opportunity to be a part of the many tiny or humungous steps that do create a difference. If Freedom Fighters hadn’t made the first move to literally climb steps onto buses, the Civil Rights movement may have been quite different.

We are blessed to live in a world where opportunities continue to present themselves until we learn from them. I’d like to think I learned a little something from these youth and the next time I’m presented with the choice to remain silent or advocate, I remember them and choose the latter. I hope that the next time they’re presented with the choice they’ll continue to have that same courage I witnessed, and I hope that everyone who reads this has that same courage. If you have to fear anything in life, fear silence and immobility not compassionate action. 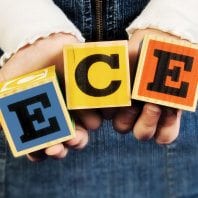 Recently, the Office of Head Start (OHS) announced its 2014 recipients of the Birth-to-Five Pilot program. As a graduate of head start, head start training curriculum developer, and trainer, I am encouraged by the pilot.

If you know anything about head start, you realize how important it is as a community development tool when done effectively with integrity. That’s the OHS’s intention with this new initiative. It also serves to highlight the varied concerns that are important to any social program.

According to the Administration of Children and families, 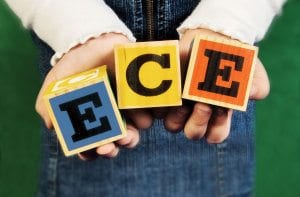 Originally announced last year, the pilot aims to give communities greater flexibility in designing Head Start and Early Head Start programs to better serve the needs of young children and communities from birth until they enter pre-k or kindergarten.

“The response to this Birth-to-Five pilot points to increased need for high-quality infant and toddler care through Early Head Start,” said Linda Smith, deputy assistant secretary and interdepartmental liaison for early childhood development for children and families. “This reinforces the administration’s early childhood plan to expand the home visiting program, increase access to infant and toddler care, and make pre-kindergarten available for all.” Read More

I do not think many are left who would argue that it is a good idea for providers to compete for the OHS program dollars. What may be missed is what the pilot also accomplished with expanding competition as one concern. They had to allow for innovation!

The OHS has a competency-based structure that is amenable to innovative programming, but the history-based insistence on traditional approaches, attempts to replicate post-K schooling, and some evaluative practices kept innovation to a minimum. This new pilot gave programs an intentional mandate to develop programs that meet the competencies in new ways. The competitive nature of the pilot meant that the best ideas competed rather than the “safest.” As the announcement states, continued funding will also be competitive. The OHS is also moving from indefinite grant periods to 5-year cycles overall. This will hopefully result in programs that focus on innovation, efficiency, and achievement of ALL competencies rather than inferior, reductive measures of child school readiness.

With the hype of baby developmental products matched with the desire of seemingly every parent to see her child read, potty train, and walk as soon as possible, some may miss the lessons of child development. A move to earlier child education is less about books and math. It is more about the environment. Children are each different. They develop at different paces. The environment, both structure and influences, is as important an ingredient as “education.”

It is paramount that we not forget that the primary contribution if head start programs is the provision of home visits and establishment of a network around parents. This network connects them with their communities. It engages them intentionally in the development of the child. This community and supportive environment is THE engine of education for the young child.

What many do not realize is that head start is the only social program that actively recruits recipients as staff. In fact, over 1.3 million adults volunteered through head start in 2011, the last year data has been tabulated. A mom or dad with the program can work as a teacher, family service worker, bus driver, or cook. He or she can work up to being a team leader or site manager. The esteem, mobility, and continued development of parents further enhances the environment that the child grows and learns within.

Recent criticism of head start has focused on the research explaining that the gains of early childhood education even out with children not in such programs by 3rd grade. Those who are not familiar with the services of head start may not realize that the span between kindergarten and third grade represents a tremendous loss of services. It is my hope that the findings of the research give impetus to us for school improvement beyond kindergarten.

The studies in question recognized that children moving from head start to kindergarten were developmentally and academically ahead. By the time they were in 3rd grade, the other children had caught up. One way to interpret this is to say that the school system could not maintain the gains. But, I would rather focus on a question of competition, parental involvement, and community supports in the public school system. Consider what education would be and what our communities would be if schools operated like head start programs: If they competed each year on innovation, if their model was to develop community through parents, if the “service” to families was equal to the “education” mandate. I am looking forward to the day when OHS launches that pilot.