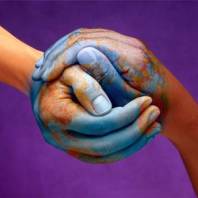 Everyday, social workers assist the poor, the sick, and the injured in order to assist them with accessing the services, resources, and information needed to better their own lives. In this way, every social worker in the field is doing amazing work.

Margaret Whitlam, wife of the former prime minister of Australia, completed a degree in social work at the University of Sydney in 1938 and practiced as a social worker at Parramatta District Hospital while her husband served as the federal opposition leader. Even in the role of political wife, she still made the effort to visit nursing homes, advocate for social justice and reach out to her community. She was committed to speaking on behalf of underserved populations and courted controversy when she criticized others for “never contributing anything else but a smile.”  She was particularly outspoken about issues of women’s rights, including abortion.

Sudha Murty is an Indian social worker, author and literacy advocate. As a former computer scientist and engineer, she chose to pursue social work midway through her career so she could educate the underprivileged and provide better health facilities to women, especially those living in rural areas. Among her accomplishments, she has founded several orphanages, participated in rural development efforts, advocated for literacy and provided schools with computers and library facilities.

Maylie Scott was a social worker who graduated from Harvard University in 1956 and later obtained her Master of  Social Work degree from the University of California.  According to the book The Encyclopedia of Women and Religion in North America, “Maylie Scott described her primary teaching objective as empowering the sangha [community] by making sure she is the facilitator, not the ‘star.” As a socially engaged Buddhist and teacher, she worked in prisons and with the homeless. She was also a member of the Board of Directors for the Buddhist Peace Fellowship.

Teresa Hsu Chih was a Chinese-born social worker who became a known as “Singapore’s Mother Teresa.” As a retired nurse, she founded several charities for the sick and destitute. To her clients, she brought inspiration along with the food and medicine that she collected as donations from businesses, the community, religious institutions and friends.

Hsu was still actively involved in charity work even after turning 110. She credited her vegetarian diet, yoga and positive attitude towards life for her longevity, saying, “I prefer to laugh than to weep. Those people who cry to me, I always tell them it is better to laugh than to use tissue paper, as laughing is free but tissue paper still cost five cent.”

According to the National Association of Social Work Foundation, Humphreys initially earned recognition from the New Jersey, Connecticut and California NASW chapters and was the second woman to be elected national NASW president. Since then, she has served on more than 17 commissions and task forces, and was an appointee of two governors, as well as President Jimmy Carter. Through Humphreys’ work as professor and founding director of the Advancement of Political Social Work at the University of Connecticut, she has trained several hundred social workers to operate in political campaigns.