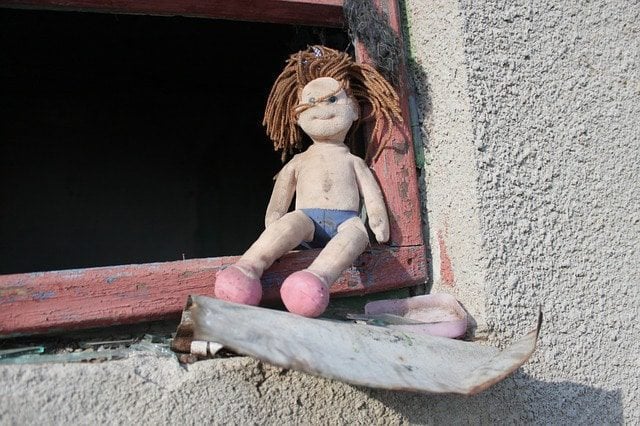 In 2015, more than 425,000 children were placed in foster care due to incidents of abuse and neglect. But many unsubstantiated cases under investigation divert time and resources from handling cases that warrant close monitoring and attention. According to recent statistics, more than two million reports of child abuse and neglect were accepted for investigation in 2015 – with more than 700,000 of them eventually substantiated as cases of child abuse or neglect.

Caseworkers often report that negotiating the multiple demands of their jobs puts them under constant stress. The sheer volume of Child Protective Services reports and investigations, the number of youth in foster care that need to be looked after, and the piles of paperwork that must be filled out to track decision-making – all of these burdens are overwhelming under the best of circumstances.

Faced with such workloads, agencies and caseworkers are ill-equipped to deliver services based on evidence of what works for youth and parents in the foster care system. The current standard of practice, however, leads agencies and caseworkers to engage in practices not supported by research-based evidence. Poorly conceived and delivered services cause considerable harm by failing to limit the incidence and after-effects of abuse and neglect.

Victims of child abuse and neglect are nine times more likely to become involved in crime and 25% more likely to experience teen pregnancy. Such victims also face increased risks of smoking, early-age drinking, suicidal ideation, inter-personal violence, and sexual risk-taking. The sad results become obvious in later years. Two-thirds of adults under treatment for drug abuse report that they were maltreated as children. And similar reports of childhood abuse come from 14% of men in prison along with 36% of incarcerated women. Four-fifths of 21-year-olds who were abused as children show evidence of at least one mental health disorder. And saddest of all, about 30% of child abuse victims will later abuse their own kids.

What Could be Done?

Several steps can be taken to improve responses to child abuse and neglect:

A promising model comes from the state of Pennsylvania, which has participated in a federally funded project that allows child welfare agencies to use Title IV-E funds for evidence-based reforms. Philadelphia’s child welfare system has been at the forefront of adopting three evidence-based treatments for children and families that the city was previously unable to implement due to lack of funding. Waiver funds have made it possible to enhance preparation for child welfare caseworkers, develop databases to track outcomes for children and families, and train staff to identify and implement further improvements.

With flexible authority over spending, two child welfare agencies in Philadelphia decided to implement the Positive Parenting Program, an evidence-based approach to preventing child abuse. Although some reallocated resources have been used to train staff, additional funding is needed to discover barriers to effective program implementation and to implement additional steps known to be cost-effective – such as holding weekly consultations and boosting training for current and replacement leaders and caseworkers involved in the new program.

Research could pinpoint which approaches do best at giving various parents and youth access to the positive parenting program. And as parents and their offspring complete the program, further research would ideally track results in areas such as safety, reductions in abuse incidents, and improved parent-child relationships.

The Title IV-E Waiver Demonstration Project was a provision in the U.S. Child and Family Services Improvement and Innovation Act, which Congress reauthorized for five years in 2011. Now that the act is again up for reauthorization, Congress has the ability to implement changes to the way child welfare federal funds are allocated. Advocates for children have an opportunity to contact representatives and senators in Congress to propose that this program should expand to give more states the chance to reallocate funds and improve child safety.

Much remains to be learned about what it takes to carry out evidence-based interventions in the child welfare system, which provides vital help to many endangered children, youth, and families, disproportionately minorities. The federal Waiver Project provides a unique opportunity to observe what happens when system leaders, community partners, and providers mobilize to prevent childhood trauma. Lessons learned will help provide ongoing guidance to federal and state administrators and welfare leaders as they look for the most effective, empirically proven ways to protect children and families under their supervision.