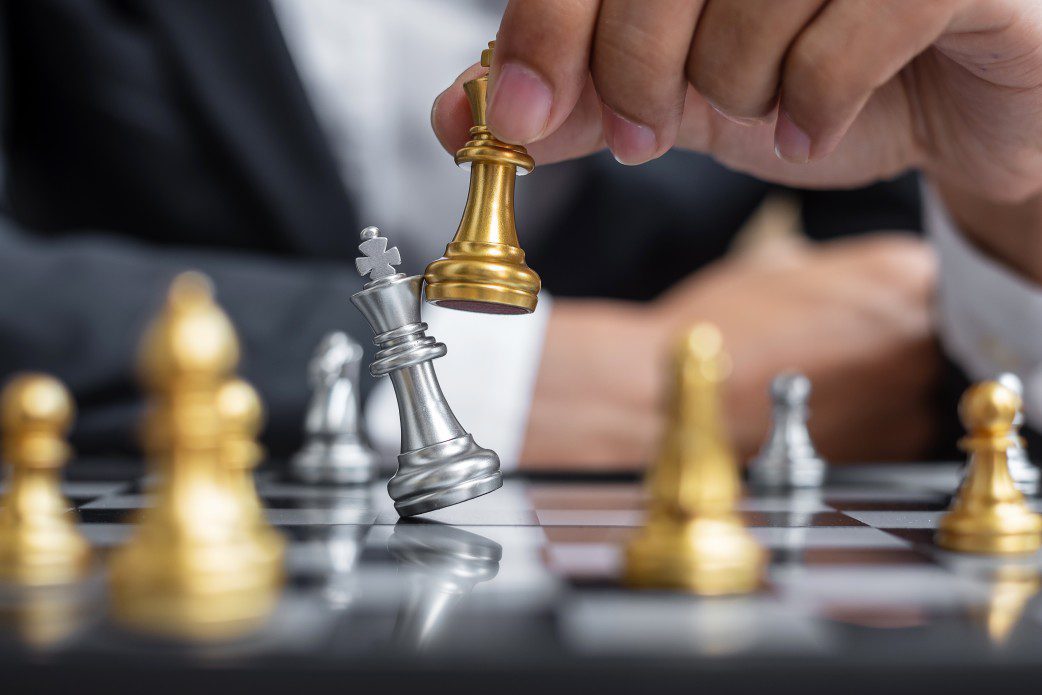 As researchers investigate reasons for America’s persistent gender wage gap, one possible explanation that has emerged in roughly the last decade is that women may be less competitive than men, and are therefore passed over for higher-ranking roles with larger salaries.

But a new study suggests that it’s likely not that simple. Researchers found that women enter competitions at the same rate as men – when they have the option to share their winnings with the losers.

The study, conducted by Mary L. Rigdon, associate director of the UArizona Center for the Philosophy of Freedom, and Alessandra Cassar, professor of economics at the University of San Francisco, is published in the journal Proceedings of the National Academy of Sciences.

“If we’re finally going to close the gender pay gap, then we have to understand the sources of it – and also solutions and remedies for it,” said Rigdon, who is also a faculty affiliate in the Department of Political Economy and Moral Science in the College of Social and Behavioral Sciences.

In 2021, women will earn 82 cents for every dollar earned by men, Rigdon said, meaning women work nearly three months extra to receive the same amount of pay. This statistic does not account for certain characteristics, such as an employee’s age, experience or level of education.

But even when considering those characteristics, women are still paid about 98 cents for every dollar earned by men, Rigdon said. In other words, a woman is paid 2% less than a man with the same qualifications.

Economists have considered a few possible explanations for this, Rigdon said. One theory, known as the “human capital explanation,” suggests that there are gender differences in certain skills, leading women to careers that pay less. Another theory – perhaps the most widely considered – is patent discrimination.

Rigdon and Cassar zeroed in on the relatively new theory that women are less competitive and less willing to take risks than men.

But if women were more reluctant to compete, then they would occupy fewer high-ranking positions at the tops of major companies, and that’s not the trend that’s taken shape over the last several years, Rigdon said. Women make up about 8% of the CEOs leading Fortune 500 companies. While that number is low overall, it’s a record high.

“We thought it must be the case that women are as competitive as men, but they just exhibit it differently, so we wanted to try to get at that story and demonstrate that that is the case,” Rigdon said. “Because that’s then a very different story about the gender wage gap.”

For all participants, the first round of the study was the same: Each was asked to look at tables of 12 three-digit numbers with two decimal places and find the two numbers that add to 10. Participants were asked to solve as many tables as possible – up to 20 – in two minutes. Each participant was paid $2 for every table they solved in the first round.

In round two, participants were asked to do the same task, but the two groups were incentivized differently. In the first group, the two participants in each four-person team who solved the most tables earned $4 per table solved, while their other two team members were given nothing. In the other group, the top two performers of each four-person team also earned $4 per table, but they had the right to decide how much of the prize money to share with one of the lower performing participants.

The number of women who chose the competitive option nearly doubled when given the option to share their winnings; about 60% chose to compete under that option, while only about 35% chose to compete in the winner-take-all version of the tournament.

About 51% of men in the study chose the winner-take-all option, and 52.5% chose the format that allowed for sharing with the losers.

Rigdon said she and Cassar have a few theories about why women are more inclined to compete when they can share the winnings. One suggests female participants are simply interested in controlling the way the winnings are divvied up among the other participants.

Another theory that has emerged among evolutionary psychologists, Rigdon said, suggests that female participants may be inclined to smooth over bad feelings with losers of the competition.

“We really have to ask what it is about this social incentive that drives women to compete. We think it’s recognizing the different costs and benefits that come from your different biological and cultural constraints,” she said. “But at the end of the day, I think we still have this question.”

Rigdon and Cassar are now developing an experiment that gets to the heart of that question, Rigdon said.

The researchers are careful to not propose policies for corporate America based on a line of research that still has many questions. But, Rigdon said, the latest finding suggests that corporations might do well to engage in more socially responsible activity.

“Maybe you’ll attract a different set of applicants to your CEO positions or your board of director positions,” she said. “Women might be more attracted to positions where there is this social component that isn’t there in more traditional, incentive-based firms where it’s all about CEO bonuses.”

The research was funded by a grant from the National Science Foundation.