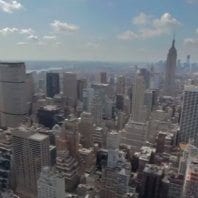 According to researchers working on the American Cities Project, a study sponsored by the PEW Charitable Trust, many cities across the United States are experiencing significant population growth. This population boom is a contributing factor in increasing the availability of social services and the need for social workers within these cities.

Urban populations often face poverty, unemployment, and job insecurity; and an increasing number of people have been affected by a lack of adequate or affordable housing, limited access to quality health care, and poorly performing education systems. The combination of these problems and an expanding population may indicate the need to increase the number of social work professionals working with populations in larger cities.

In many cities, gaining access to needed social services requires individuals to navigate complex bureaucratic systems. Social workers who are able to utilize their advanced problem solving and advocacy skills are key factors to successfully connecting at risk members of the population to the resources they need to survive. Combating bureaucracy has become almost common place when working to ensure that people with little or no resources have access to assistance.

A common benefit of working in metropolitan areas is that larger cities often support a greater number of social service agencies and providers. Social workers in bigger cities are fortunate to have many resources at their disposal and frequently have access to specialized services, which may not necessarily be available in smaller locations and settings. More importantly, clients have access to a broader range of services and support.

Social workers may rely on many of these resources to provide direct care to clients in need, but can also work to collaborate between agencies to ensure a more comprehensive and holistic plan of care. Advocacy and utilization of existing networks may be beneficial when seeking resources to help with individual and family needs.

Further, it is essential for social workers to keep up to date and have knowledge of community resources such as non- profits organizations, secular services, and faith based programs and their ability to address the crucial needs of those seeking help.

Social workers in large cities face many unique challenges, but they also have access to unique resources. As large cities become increasingly populated with individuals in need of a diverse array of assistance, social workers may become in greater demand in these areas.

These professionals will need to know how to take advantage of the social services available within large urban areas, understand how to work with diverse populations, and find creative ways to ensure the large numbers of clients they work with are able to get the help that they need. 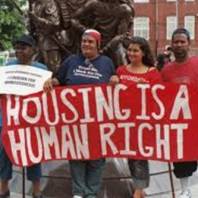 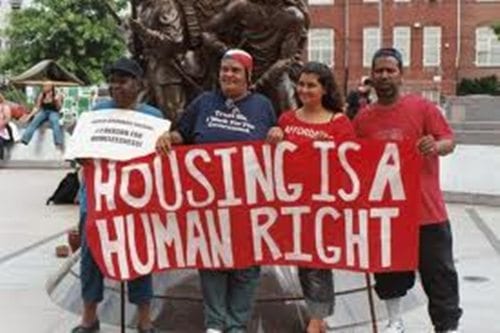 Today public housing continues to exist, but eligibility and aid depends on one’s location. While the federal government has developed nation-wide programs, states and local agencies provide the actual housing to their citizens. A state must follow the federal guidelines but can determine how much aid it receives, and each state can set some of its own guidelines in terms of preferential treatment and eligibility. All this means that one’s state of choice, particularly the choice between a red or blue state, will determine his or her level of aid in terms of public housing.

Before looking at the differences at state level though, let’s cover today’s policies. The basic principles of public housing today have stayed consistent with the policies beginning in the 1960’s when civil rights were first being incorporated. In 1974, Nixon created the Section 8 Rental Assistance Program, which is still very much alive today. The program provides rental certificates for low-income families to use to pay a portion of their rent on privately owned units. This was a change from the past policies because it allowed low-income families to break away from large public housing facilities and instead lease private units. At the time, families were expected to pay 30 percent of their income toward rent and utilities and then HUD, the US Department of Housing and Urban Development, would cover the rest as long as it was under the maximum aid level. It seemed that the 1960’s brought positive changes, but in the 1980’s housing programs were dramatically cut. The 1990’s saw a huge increase in the need for homeless shelters due to the lack of public housing. Today, while subsidizing of housing projects has continued to decline, more rent vouchers and Section 8 certificates are being handed out each year.

But how have the changes come about in different states? Massachusetts is viewed as the prime example of a blue state and has one of the best public housing programs in the country. This is generally because Massachusetts applies for and accepts a great deal of federal funding. In addition, the state has low qualifications in terms of who can receive public housing assistance. For example, in order to qualify for the Section 8 Rental Assistance Voucher, one must simply show records of being a good tenant in the past and take in 80% or less than the median income in their community. Statewide, the income limit to qualify as a single person is $45,100 annually.

Texas, on the other hand, is viewed as a strong red state and is not highly prized for its public housing program. In fact, the state accepts much less federal aid and therefore has a much smaller public housing budget than Massachusetts, despite having a population four times the size of MA. Additionally, a single person must take in $33,650 annually or less in Texas to qualify for public housing aid. While the eligibility is calculated based upon the state’s median income; there are large gaps in terms of eligibility between states. In addition, the private sector in Texas has refused to aid low-income families in terms of housing. This means that citizens must rely solely on public sector housing, much of which is in poor condition as, in general, it has not been updated since the 1930s.

While in many eyes the Texas system is flawed, those in opposition to public housing would support Texas over Massachusetts. Many believe that public housing gives people a crutch and allows them to take unearned money. Others argue that public housing should have a time limit so that people have an incentive to work hard and get off the aid. While one can hope that one day public housing programs will no longer be needed, it should be not out of lack of funding or desire, but instead because it is no longer needed.  Until that day though, housing is a basic need that needs to be met regardless of race or income.

While public housing is a federally supported program, it is run by the local public housing authorities. It is up to the PHAs to determine how their public housing system will be run. The federal government applies a base funding to all, but when more funds are available, states can apply for more money. This often means, out of each state’s own choice and differences in opinions about public aid, that blue states will have larger public housing budgets than red states. Therefore, it is clear that a low-income family is much better off living in a blue state.

The right to a quality home should not, however, depend on one’s exact location within the United States. As a social worker, it shall be one’s duty to advocate for adequate housing for all, as shelter is a basic human need. For, as Cohn said, “this country has room for different approaches to policy. It doesn’t have room for different standards of human decency.”

of a divided nation. The New Republic. Retrieved from http://www.newrepublic.com/article/politics/magazine/108185/blue-states-are-scandinavia-red-states-are-guatemala#