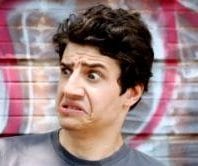 In my twenties, I used to run disability awareness workshops mainly for people working in disability services. I had an assumption and an agenda — they were wrong and I was there to show them and tell them how to be right.

Over the years, I’ve met people who had been in those workshops. They’ve told me they’d never forgotten the workshop and how scared of me they were.

I often reflect on this and while I find slight mirth in the thought that I was that scary, I realise that it wasn’t the best way to approach my mission. In fact, I had a startling “ah-hah” moment, which made me change what I did and how I did it forever.

I realised that the groups I worked with sat there feeling judged and admonished by me. Then, left feeling that they’d done their penance and went back to doing the same old things. I also realised that, of course, I couldn’t change other people. They needed to want to change.

Loosing the sense of responsibility to change people was a huge relief. But losing the arrogant assumption that I was right was even more powerful because I needed to admit to myself that I was wrong.

I see this dynamic — you’re doing something wrong and I’m here to show you the right way — a lot in the area of diversity. Whether it’s gender, culture, religion, sexuality, age or disability, diversity awareness seems to often be about creating guilt for thinking saying and/or doing the wrong thing. Once you’ve realised you’re wrong, you get the right pill. Then you have no excuse to get it wrong again.

So you leave with fear of doing, saying, or thinking the wrong thing, because you’ve been wrong-proofed. Of course, you do get it wrong again, even though you know the right thing, so what does that make you? A stupid bigot? An insensitive moron? An unconscious oppressor?

Well no, actually. It makes you human. In Kathryn Shultz’s TEDTalk, “On being wrong”, she says:

“1,200 years before Descartes said his famous thing about ‘I think therefore I am,’ this guy, St. Augustine, sat down and wrote ‘Fallor ergo sum’ — ‘I err therefore I am.’ Augustine understood that our capacity to screw up, it’s not some kind of embarrassing defect in the human system, something we can eradicate or overcome. It’s totally fundamental to who we are.”

Now, when I work with people about understanding diversity, I ask why we don’t do diversity very well. After a bit of discussion, the words “scared” or “fear” inevitably come up. “What are we scared of?” I ask. Usually people say, “difference”, “not knowing what to do”, or “feeling uncomfortable”.

What I pose to them is that we’re scared of being wrong. We’re either scared of being wrong about the other person (embarrassment), but more often, I suggest, we’re scared about being wrong about us. Accepting somebody’s reality, belief systems, or customs causes us to question our own reality. If we concede that somebody else’s world is as legitimate as ours, we may need to question whether our own is as right as we’ve been led to believe.

To truly explore and embrace the wonder of human diversity, it has little to do with finding answers about other people. What it requires of all of us is the willingness to realise we’ve been wrong about ourselves … and to be ok with that.